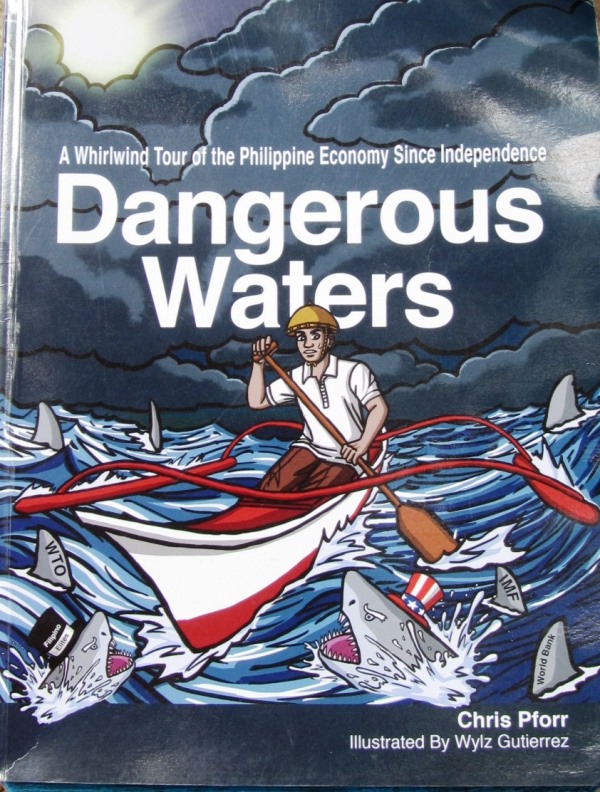 MANILA — This book will help you make sense of the Philippine economy today. It came out in 2015 just when the Filipino people had grown tired of an administration (Aquino’s) and its unfulfilled promises and were looking out for new promises and replacement.

“Dangerous Waters” takes you on a boat trip to our political-economic history like an unassuming boatman. It navigates you through the years and policies in only so many pages, helped along with many illustrations. Since it reads easy, it can help you chart whether the Philippine economy is changing direction, as every new administration promises, or merely continuing on the old route.

In brief, “Dangerous Waters” takes you from the point when the Philippines was first colonized and its economy started on the route beneficial to the colonizers, up to the present.

It shows how the past Philippine presidents and their policies, like stone pieces of an edifice, built on top of another, brought much wealth to foreign investors and few local partners as well as paid for the running of the government, but stunted the country’s economy. The result, hordes of unemployed and underemployed, low income, a chronic crisis.

But if Philippine presidents only crafted such policies, one would ask, why were they elected at all? The book also traces how it happened that we became saddled with such presidents. Yes, they were voted in power. But how did they get to be on board to Malacañang? Why them and not a president who would redirect the economy for actual development benefiting more of its people? “Dangerous Waters” helps in tracing why in as simple a way as possible.

It says that even before we started having such Filipino presidents and administrations, there came first the American governor-generals.

At first, they were military generals. Then they changed into “civilian heads” of government who took orders directly from the US President and derived their “legitimacy” and first budget from the US Congress.

Soon, the cost of running the Philippine government and controlling its people began to be borne by the Filipino people themselves. Controlling the Philippine economy started to pay for itself, not just the costs of maintaining the bureaucracy, but also its armed forces, its infrastructure projects, and some social services.

In ordinary Philippine history books, we get thousands of words saying what amounted to this. The difference in Dangerous Waters illustrated book is that it’s all presented lightly and direct to the point.

It tells you in plain language that the American military general gave way to a “civil” leader more to defuse Filipino rebellion than anything else. Then, the American colonial head honed an acceptable mold (to them) of a Filipino leader. One who can take their place in government, again, to defuse the ever present rebellion. Thus began the age of “puppet presidencies.”

The book shows how the economic policies we keep hearing today began to be cooked up, implemented, “reformed”. But always, it resulted in pushing the majority into poverty while a few become richer, notably the foreign masters and their multinational corporations. As to what specific laws, “programs” they are, find out in the book. 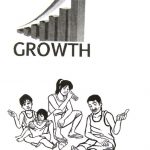 In short, it navigates through the bases of Philippine underdevelopment, where and how it began, by whom, how it was reshaped and transformed through the years based not on the country’s needs but on the needs of its masters.

It would seem a lot to swallow but the illustrations the American author and the Filipino illustrator put on nearly every page, in every shift in timeframe or policy, and in every momentous event in Philippine history, give a stable handle at navigating the said topics.

Where is the danger here? Reading a seemingly light history like this will help us appreciate that the more dangerous waters actually come from the flood of historical whitewashing.

Nothing like a crisp call a spade a spade tale to show in a strong light the real characters of our past government leaders. It becomes easier and not at all boring to understand how come we are where we are now, and what we can really expect from present and future presidents, based on their economic policies.

In the seconds-long attention span in today’s technology-enhanced spread of info and “news,” it is also easy to get lost in the moment or deceived by spin doctors. Reading up on history, where something as readable as Dangerous Waters is a good enticement, can help ground us in reality.