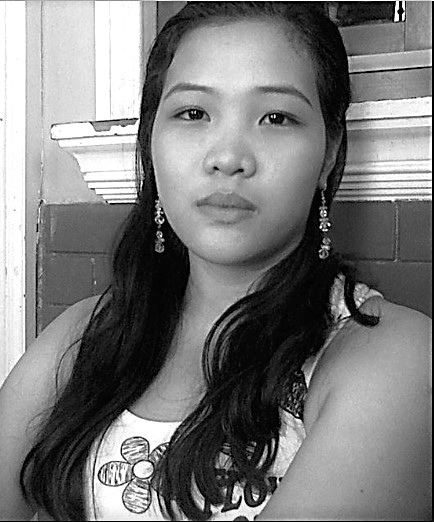 Jennifer has been declared innocent without diyyah or blood money payment.

MANILA – Jailed overseas Filipina worker (OFW) Jennifer Dalquez was saved from execution in the United Arab Emirates. The Court of Appeals in Al Ain acquitted her from the alleged crime of murder at a hearing yesterday, June 19. Ms. Dalquez, 30, was charged with murder for allegedly killing her employer, Mr. Alaryani.

She has been in jail for two and a half years now. She argued that she was just defending herself from Mr. Alaryani’s attempt to rape her. Early this year she sent a recorded voice mesage to President Duterte asking for his help.

A mother of two, Dalquez hailed from Mindanao. She left her two kids at her parents in late 2011 to prepare for work as a domestic helper in the Middle East. At the time her children were 2 years old and 7 months old. She soon got a job in a restaurant and later in a doctor’s office. She cleaned houses on the side.

But on December 7, 2014, an Arab who called her for house cleaning tried to rape her at knifepoint.

“Tinangka niya po akong gahasain at patayin, sinunog po niya ako. —— Pinalo, sinuntok at —- niya po ang pintuan sa labas at duon niya po ako pinalo ng bote sa mukha sa bandang taas ng mata. Noong tinangka niya po akong saksakin, nakaiwas po ako at sa awa ng diyos ay naagaw ko ang kutsilyo sa kaniya.” (He tried to rape and kill me, he burned me. — He beat me up, punched me and — the door outside and there with a bottle he hit my face above my eyes. When he tried to stab me, I evaded it and by God’s mercy I wrested the knife from him.) This is from a recoding of Dalquez’s phone call shared by her family.

Dalquez was arrested and jailed a few days later that December. Her parents heard about it from her Filipina friend in UAE. According to Migrante the parents then wasted no time in seeking help to save Jennifer. They immediately went to the OWWA Regional Office in Koronadal City. After two months without information from OWWA, they went to the DFA in General Santos City where OIC Ebrahim Zailon met them in February 2015.

A month later, on March 2015, the DFA contacted the Dalquez family and confirmed that Jennifer was indeed imprisoned after being charged with murder. Two months later, in May that year, she was sentenced to die for the alleged crime of murder.

About the same time, Migrante UAE, upon hearing the news, immediately went to Al Ain jail to gather information.

In the Philippines, Migrante members got in touch with her family and offered support. By July 2015, UK-based organizations led by the group Justice for Domestic Workers in coordination with Migrante launched a campaign to save the life of Jennifer. They initiated a petition campaign and series of solidarity actions to save Dalquez and other migrant workers on death row.

As calls for government action and support to free Jennifer Dalque mounted, the Philippine government decided appealed her case in court.

Today the OFW support group Migrante International happily shared the news of Dalquez’s acquittal. Dalquez’s appeal in court, supported by people’s campaign in the Philippines and solidarity actions in various countries, succeeded in overturning the decision that placed her on death row since May 2015.

Arman Hernando, the spokesperson of Migrante International, said they are in talks with Dalquez’s parents who are considering the next steps to take. He thanked the Department of Foreign Affairs especially Raul Dado, executive director of the Office for the Undersecretary for Migrant Affairs.

On behalf of the Dalquez family Hernando also thanked the supporters, migrants rights advocates and human rights defenders who he said actively took part in the “Save Jennifer Dalquez” campaign.

Because of her acquittal, Jennifer has been declared innocent without diyyah or blood money payment. But she still remains in jail over her alleged theft of a mobile phone in the scene of attempted rape.

In February this year when the court was scheduled to decide on Jennifer’s appeal, Migrante visited the Dalquez family in General Santos City.

The DFA in a statement today said it has also extended all assistance to Ms Jennifer Dalquez, including provision of a lawyer since her case was heard by the Court of First instance in March 2015. Through the assistance of the DFA Dalquez’s parents went to visit her in Al Ain in October 2015 and in March 2017.