You Are Here: Home → 2017 → August → 18 → WPN to Duterte: ‘Rescind concession agreement with Maynilad, refund the consumers 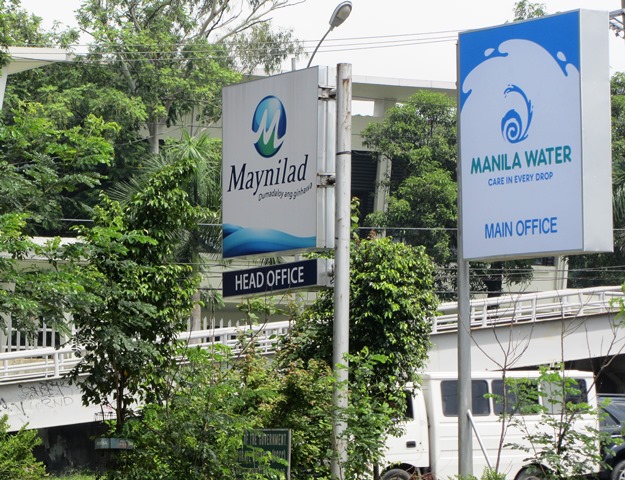 Corporate income tax recovery comprised 31 percent and 26 percent of the rates charged to consumers by Manila Water and Maynilad, respectively, in 2008 and 2012.

MANILA – The advocacy group Water for the People Network (WPN) detailed in a statement this week why Filipino consumers should not be burdened by what they called as business-biased decisions favoring Maynilad Water Services.

Last July, the three-member arbitral tribunal of the International Chamber of Commerce based in Singapore issued a decision favoring Maynilad. It is requiring Filipino taxpayers through the Philippine government to pay Maynilad Water Services more than Php3.4 billion ($66.23 million).

The arbitration tribunal is telling the government to pay billions of money which Maynilad expected but failed to get from its customers from March 11, 2015 to August 16, 2016. These “losses” resulted from Maynilad’s rejected rate hike petition, which, in turn, came about due to mounting public protests. After much protests and disclosures against many of Maynilad’s passed-on charges, which included income taxes, representations and even flowers, the Metropolitan Waterworks and Sewerage System – Regulatory Office (MWSS – RO) was compelled to reject a portion of Maynilad’s rate hike petition in 2013.

Maynilad and Manila Water have taken the MWSS to task and separately brought the cases to international arbitration over the issue of recovering its corporate income taxes in the rates paid by water consumers.

In December 2014 an arbitral tribunal decided Maynilad could include corporate income taxes in its rates. But the following months another panel said Manila Water could not include income taxes in its rates. The MWSS maintained its position against letting the water firms to pass on to consumers their corporate income taxes. Maynilad again took the case to international arbitration, whose three-member panel issued a decision last July in favor of Maynilad.


Also last July, the arbitral tribunal decided that Maynilad may recover from the Philippine government its “losses” from September 1, 2016 to the present. Or all Maynilad’s foregone earnings while the government is barring it from imposing its desired water rates.

On top of this, WPN warned consumers that the Philippine government “could be compelled” to pay even more. It warned that if Maynilad would further draw on the tribunal’s favorable decisions, it could seek another ruling to reverse the MWSS’s continued deferment of the tribunals’ previous decision that also favored Maynilad’s petition for a Php3.06 ($0.06) rate increase. This one covers Maynilad’s monthly “losses” of P180million to P200million ($3.52M to $3.9M) from January 1, 2013 to March 10, 2015.

The advocacy group WPN said these international arbitral rulings are the latest bitter repercussions of water privatization which the Philippine government should have been addressing now. The group said 20 years of “negative experiences” from privatized water distribution should have prompted it to rescind the “onerous and business-biased concession agreements (CAs) that undermine public welfare.”

The concession agreement is between the water companies such as Maynilad and the government. It details the business arrangement where Maynilad is considered as an agent and contractor of the Metropolitan Waterworks and Sewerage System (MWSS) for the West Zone of the Greater Manila Area.

Maynilad is the largest private water concessionaire in the Philippines in terms of customer base. As of December 2016, it has more than nine million customer base. It is owned for the past 10 years by Metro Pacific Investments Corp., DMCI Holdings, Inc., and Marubeni Corp.

Time to junk the concession

Under the CA between the Philippine government and private water firms, the latter can increase water rates every five years. How much of an increase depends on how much the water firms say they need to recover their expenses and ensure their guaranteed rate of profit.

In 2013, Maynilad and Manila Water Service, Inc. sought rate increases of P8.58 ($0.17) and P5.83 ($0.11), respectively, for the 2013-2018 period. But unlike in past rate rebasing where their proposed rate hikes almost always got approved in whole, they encountered strong public protests of late. Since 1997 when water was privatized, water rates have increased 973 percent for Manila Water and 583 percent for Maynilad, according to WPN.

The MWSS-RO rejected a part of the private water companies’ rate hike petitions in 2013 as public pressure mounted along with disclosures that the water firms have been passing on questionable charges to consumers. These include corporate income tax recovery, donations, advertizing, rest and recreation, the cost of future projects, etc.

It appeared that under the CA, nearly all expenses are recoverable by the water firms from consumers, plus their guaranteed rates of profits. WPN said Filipino consumers are even made to shoulder the water firms’ arbitral costs for the cases they have filed.

While the water firms’ cases in international arbitration are pending, they are successfully increasing rates to pass on to the consumers the effects of inflation and peso devaluation.

Much of the arbitral tribunal’s decision in ordering the Philippine taxpayers to pay Maynilad billions from deferred rate hikes stem from Maynilad’s claim that it could pass on to consumers the cost of its income taxes.

According to WPN, corporate income tax recovery comprised 31 percent and 26 percent of the rates charged to consumers by Manila Water and Maynilad, respectively, in 2008 and 2012. But the CAs with the two firms did not mention corporate income tax as part of the “Philippine business taxes” listed among the recoverable expenses entitled to them. The WPN concluded that instead of forcing the Filipino taxpayers to pay upwards of P3.4 billion ($66.23M), Maynilad should refund the consumers the corporate income taxes it collected from 2007 to 2012.

The WPN also called on the Duterte administration to rescind the CAs, to give back to the government the strategic basic utility and to stop the overcharging of consumers by the private water concessionaires. Reports say Pres. Duterte is still studying their next move following the arbitration tribunal’s decision.