The obscure imprints of the German elections

The German elections of September 24th, 2017, due to the country’s specific political, financial and historical strength, have undoubtedly been at the center of international and European interest. Their results were marked by the winning of the Christian Union CDU / CSU led by Chancellor Angela Merkel, even with a lower percent, -33%, while in the Federal elections of 2013 it obtained 41, 5% -, the contraction – 20, 5% from 25.7% in 2013 – of the Social Democratic Party (SPD) of Martin Schulz, but also by the entry in the Federal Parliament of the AfD party, the most dangerous far- right one in Europe, due to the size of Germany and to the dramatic historical events that changed the course of the 20th century.

Germans, – it is more than obvious-, are grateful to Chancellor Merkel for their well-being, their high standard of living compared with that of other European peoples, for combating unemployment effectively, (the unemployment rate is at historically low levels, ie only 3.9% of the workforce) and of course for the budget surpluses. So, for all these reasons, they gave her a fourth term in the Chancellery, something succeeded only by Konrad Adenauer, the reformer of postwar Germany and Helmut Kohl, the father of the reunification of Germany. 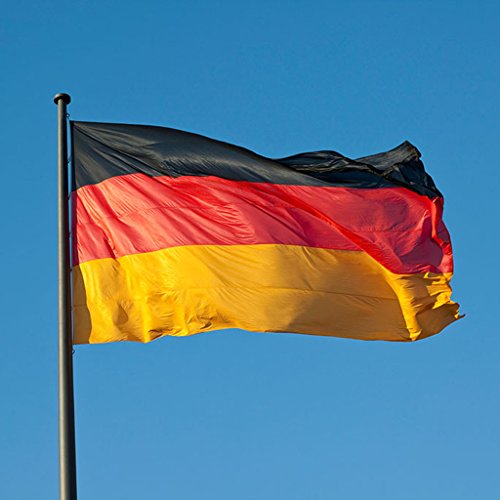 On the other side, Chancellor Merkel’s victory and the formation of a government with potential partners -whoever they may be- obviously implies the continuation of the policy of extreme austerity and faithful implementation of the “sacred” rules of budgetary discipline, since it serves Germany in a very visible way. However, the implementation of this policy for years now, has already strained and overstretched the Southern European countries and especially Greece and therefore, along the road, it will lead,- with mathematical precision- the entire European project to a serious risk of collapse.

At the same time the historically high percent – 12.6% – of the far-right xenophobic and anti-immigrant AfD, which for the first time achieved not only to enter the Bundestag but also to become the third largest party in Germany as a whole and the second largest one in the eastern federal states, is a particularly obscure imprint of the German elections and considerably enhances the right-wing populists and extremists across the continent. It is the first time after the Second World War and the collapse of the Nazi regime in 1945 that such a thing happens, a fact that undoubtedly constitutes a negative milestone in German history.

At this point it should be noted that in the elections of September 2013, the party “Alternative for Germany” (AfD), which was born in the same year from the reaction of a part of the Germans against the Southern European countries, took a 4.7% percent of the votes and did not enter the Parliament. However, with its current entry, the hardcore far-right and xenophobic members of AfD, -for many people considered authentic heirs of the Nazis-, are bound to exert strong pressure on Chancellor Merkel to change the liberal democratic face she showed on immigration, terrorism and security matters, -for example the open borders policy which resulted to the entry of many refugees and migrants in Germany in September 2015. Of course, in reality, this policy is not motivated by philanthropic feelings but it is based on Germany’s interest, as every year the country needs half a million immigrants in order to continue its existence as an economic power and in order to effectively support its social system.

The statement made by the co -chairman of AfD party Frauke Petry during a speech in Stuttgart, where she compared a society incorporating migrants to a “compost heap”, her approach on surveillance of the border by German guards who will shoot any refugee or immigrant attempting to pass illegally, but also the statement of the other co-chairman of AfD Alexander Gauland a few days before the 2016 Euro regarding the great black German-Ghanaian player of Bayern and of the German National Football Team Jerome Boateng, -“People consider him a good player, but they would not want him as their neighbor”- indicate in the clearest way that this party has indeed inherited the loathsome traditions of the assault battalions of the National Socialist German Workers’ Party of Adolf Hitler in the decade of 1930, regarding the Aryan race.

What is the reason, however, of the frantic rise of this racist political formation who wants among other things to change the attitude of Germany in order to stop the manifestation of remorse for the horrible Nazi crimes? Definitely a key cause is the refugee and migration crisis which nowadays has assumed gigantic proportions and which overstretches the European countries and of course Germany. On this ground of the ongoing refugee and migration flows, instead of the building by the developed world of a democratic and progressive refugee and immigration policy showing compassion and solidarity, the spiky flowers of evil grow, and inhuman, fascist policies and hatred rhetoric emerge triumphant against persecuted and unfortunate people who fled their homes under the most tragic circumstances seeking light far from the horrible, deadly darkness of war and extreme poverty, and hope for a better and more peaceful future.

Moreover, another important reason for the rapid rise of the far-right AfD is the full use -by the officials of this political formation- of the Islamic terrorist incidents and of the criminal events who connect them to the influx of refugees and immigrants from Islamic countries. So, during the election period, they did not fail to remind the massacre in the Christmas market in Berlin and the sexual attacks against young German women by Arab immigrants in the New Year 2016 in Cologne.

Finally, the seed of the extreme and xenophobic views is much better incubated as the new “snake egg” in the prosperous societies of the North that feel threatened by the “poor people” of the South, -to whom they have attributed various negative stereotypes-, and of course, by the refugees and the immigrants.
In conclusion, the imprints of the German elections are obscure for both the poorer Southern Europe countries in difficulty, -since the German policy of austerity is not going to change not even a little- and for the democratic citizens of Germany and of the whole Europe who watch with horror the nightmarish onslaught of the fascist, racist and xenophobic political entities. 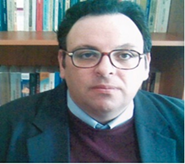