You Are Here: Home → 2017 → December → 12 → Pinoys in Netherlands brave snow to protest killings in the Philippines

Pinoys in Netherlands brave snow to protest killings in the Philippines 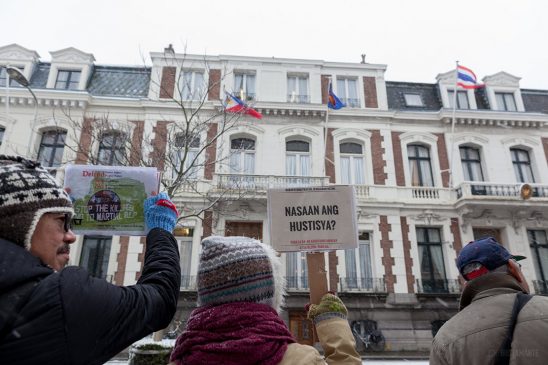 Despite heavy snow, Filipinos in the Netherlands held a symbolic protest at the Philippine Embassy in The Hague on Dec. 11 to denounce “state-sponsored” killings under the Duterte administration.

The broad network Filipinos Against Corruption and Tyranny (FACT) conducted an hour-long picket in front of the embassy before formally presenting their statement to the Philippine Embassy. 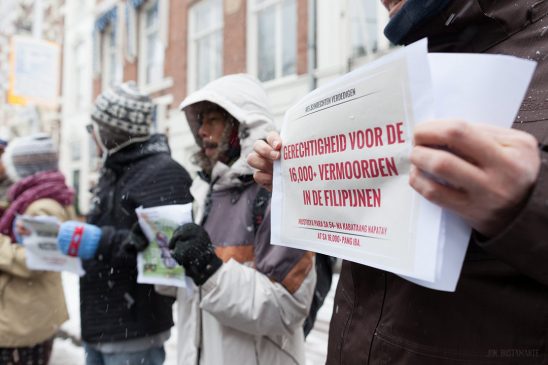 Marlon Lacsamana, FACT spokesperson said, “In commemoration of Human Rights Day, we join rights defenders in the Philippines and all over the globe in deploring the human rights violation record of the Duterte administration. We want to increase the global pressure for the Philippine government to rectify those violations and hold those responsible to account.” 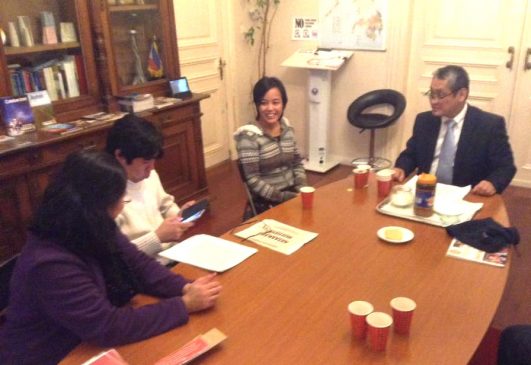 As of November 2017, human rights group Karapatan has documented 113 victims of political killings, 81 victims of torture. More than 300,000 became victims of indiscriminate firing and aerial bombing, and over 400,000 victims of forced evacuation. The Duterte regime has also imprisoned 121 new political prisoners. 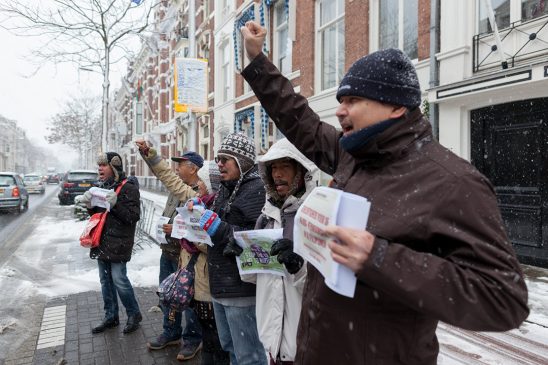 The group also lamented the scuttling of peace talks between the Philippine government and the National Democratic Front of the Philippines just last month.