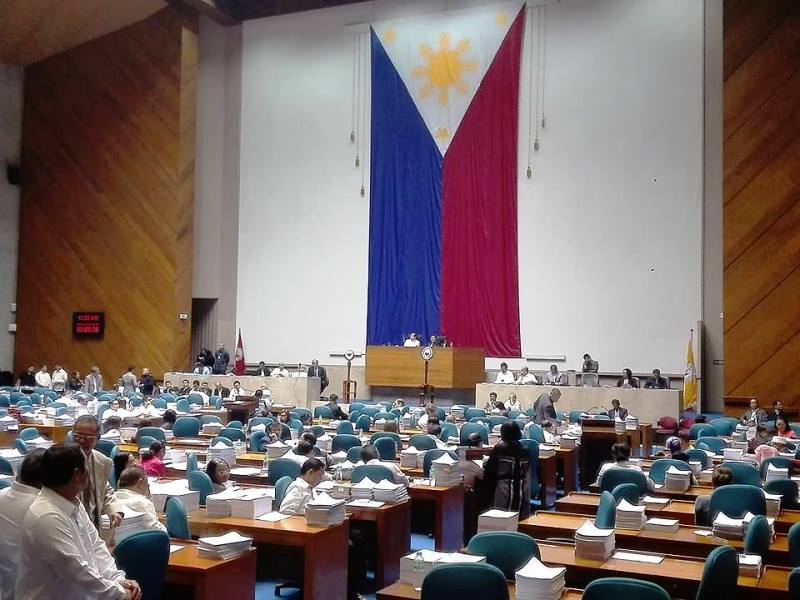 “We fear that the President wants to use martial law to escalate his bloody anti-illegal drug and counterinsurgency campaigns, crack down on dissent and intimidate the public into submission.’

MANILA – The Movement Against Tyranny (MAT) appealed, to no avail, to the ‘supermajority’ in Congress to reject President Duterte’s request for a one-year extension of Martial Law. MAT is a broad alliance of groups and personalities that united since August to counter the perceived inclination toward a dictatorship of the Duterte government. Today, December 13, Congress unanimously voted to re-extend Martial Law and the suspension of the writ of habeas corpus over Mindanao.

“We believe that such an extension is patently unconstitutional, unnecessary, and a threat to human rights, democracy and peace,” the Movement Against Tyranny declared. Other former government officials such as Christian Monsod who helped frame the 1987 Constitution, and Florin Hilbay, a former solicitor general, a BAR topnotcher and author of ‘Unplagging the Constitution’, have also questioned Duterte’s Martial Law extension.

The following are some of the biggest issues touched and revealed in the joint session of Congress in deciding to grant President Duterte’s extended Martial Law until December 2018.

MAT asserted that Duterte’s basis for seeking a one-year “extension” of Martial Law and suspension of the writ of habeas corpus in Mindanao does not meet the constitutional requirements of an actual rebellion or invasion. In the joint session, the likes of Senator Franklin Drilon and Francis Pangilinan also pointed out the lack of legal basis of President Duterte’s Martial Law extension.

To be able to declare martial law, there should be an armed invasion or rebellion and the public safety should require it. But as the 23 who voted against it pointed out, Duterte himself declared Marawi “liberated” from Isis in October. As his original basis for imposing Martial Law over Mindanao last year, the Marawi siege has been declared as finished. Defense Secretary Delfin Lorenzana himself also admitted before the joint session of Congress that there has been no resumption of combat operations in Marawi City.

Despite this, the Armed Forces of the Philippines (AFP) told President Duterte to get a one-year extension of Martial Law. They cited mere threats of rebellion and public safety that they admitted as “an abstract concept” dependent on the President’s personal judgment.

Based on discussions at the joint session of Congress, the enemies they target to fight with this Martial Law include those still being recruited by Isis, the BIFF and Abu Sayyaf, the reported call for intensified operations by the CPP-NPA, and, in page two of President Duterte’s letter to Congress, the activities of “legal fronts” which are not armed rebellion but pickets, mobilizations and strikes.

MAT said in a statement that the Constitution does not contemplate martial law as a means to rehabilitate war-torn communities, strengthen law enforcement, ensure public safety and security, conduct counterinsurgency campaigns, or address threats of lawless violence, however imminent.

It added that the President already has extensive police powers and extraordinary calling out powers to the military for such purposes without having to declare martial law. At the joint session, lawmakers also said crises have broken up in the past without the president resorting to martial law.

“Peace” by subduing people with an extraordinarily powerful President, military

“We fear that the President wants to use martial law to escalate his bloody anti-illegal drug and counterinsurgency campaigns, crack down on dissent and intimidate the public into submission,” the Movement Against Tyranny told the members of Congress.

At the joint session of Congress, the fears of danger to human rights and one-man rule were further stoked when the panel representing President Duterte declared that martial law is “a flexible concept.” With martial law, they told Congress, the President gets police power with the assistance of the military, and the president will use it also with flexibility. With martial law, the President’s panel said, they can (hypothetically) conduct warrantless arrests or seizure, ban public gathering or control the media.

Senior Deputy Executive Secretary Meynard Guevara said at the joint session that “Martial law serves as a warning to people that the president is exercising extraordinary power with the help of the military and the citizens are advised not to make it difficult to establish public safety.”

This public safety, however, is another “abstract concept.” There is no threshold to measure it. Guevara said it is a “Personal judgment call on the part of the President on the limits of public safety.”

Not just an extension but also an expansion of Martial Law

The Congress extended martial law until December next year without questioning the inclusion of the New People’s Army, which has been around for nearly five decades now, without a followup on past promises of the military or the Cabinet that they will provide the Congress periodic reports on how they were going about Martial Law, and as ACT Teachers’ Party Rep. Antonio Tinio said, without opening the issue to a debate.

Defense Secretary Delfin Lorenzana denied the repeated fears expressed by lawmakers that there might be an unlimited martial law as a result of this re-extension, which is even longer and more sweeping than the original. But later during the deliberation, he said a possible expansion of martial law depends on what will happen in the future. Martial law might be extended to cover Visayas and Luzon, he said.

The Duterte administration’s martial law administrator also confirmed at the joint session that to them, the “legal fronts are organizations pursuing legal objectives.”  Asked by representatives of progressive party list groups if the recently arrested activists and extra judicially killed peasants, the political dissenters and critics, who comprise the target legal fronts, the martial law administrator replied: “political dissent per se is not bad, but in support of an illegal organization, then they’re illegal as well.”