“The concerns of women are still the same.”

MANILA – In the almost two years of the Duterte administration, life did not get any better especially for women. A study by the Center for Women’s Resources (CWR), a research and training institution for women, showed that nothing has changed to the already precarious conditions of women.

From joblessness to the persistence of violence against women and their children, Cham Perez of CWR’s research and databank desk said, there has been no change for Filipino women and their families.

“The concerns of women are still the same,” she said during the presentation of the 16th Ulat Lila, an annual reporting of CWR’s research on the condition of Filipino women on March 1, at Balay Kalinaw, University of the Philippines, Diliman, Quezon City.

Perez said the Duterte administration’s current socioeconomic policy, the Dutertenomics, is the same neoliberal policies, which was also implemented by the past administrations but have not uplifted the lives of the Filipino people in the past years.

“After 40 years of implementing neoliberal policies, many people still consider themselves as poor,” she added.

Poverty, hunger continue to afflict women and their families

The passage of the Tax Reform for Acceleration and Inclusion (TRAIN) law did not help poor Filipinos, said Perez. The tax reform law, she said, even made it more difficult for poor women to live a decent life.

The first tax reform package was implemented on Jan. 1 of this year. There are three more tax packages that will be submitted to Congress within the year according to the Department of Finance.

The CWR has noted an increase in rates and prices of basic utilities and commodities after the law was enacted. 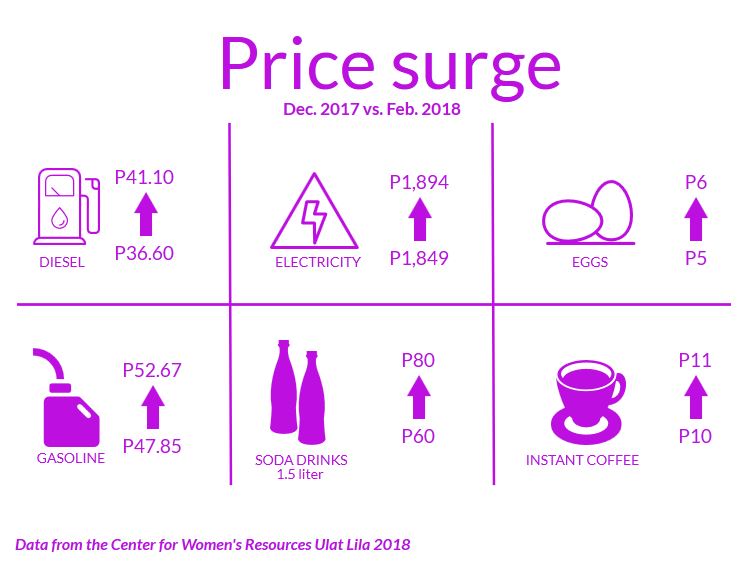 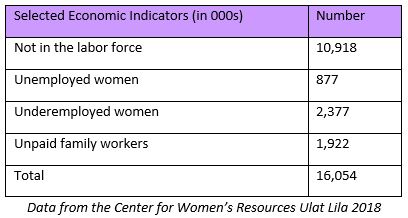 To cope with the increase in prices of basic commodities, the poor opt to eat less. The CWR report show, “that some people eat less and go hungry, while others shift to lower quality diets, maintaining the grains such as rice, bread and other cereals.”

“For lower income families, 40.3 percent of their food expense is allocated for bread and cereals with lesser intake of other nutritious food like fruits, vegetables, and meat. Adding fruits and vegetables are considered a luxury. For instance, only 6 percent of the food expense of poorest family is for meat, 9.2 percent for vegetables and 3.4 percent for fruits. Families also start cutting the number of times they eat a day, from three to two or even one intake per day,” the report read.

There are also no jobs available that could uplift women’s lives, said Perez as many women are self-employed or are receiving low wages.

“Employment is the primary indicator of women’s empowerment. But with the labor flexibility scheme in place due to the neoliberal economic design, the opportunities for women to enjoy economic empowerment have become limited,” the report read.

Perez said there is a trend that more women are becoming self-employed. She said 4.4 million Filipino women are currently self-employed. Most of them have small businesses at home such as managing a mini sari-sari store (variety store). 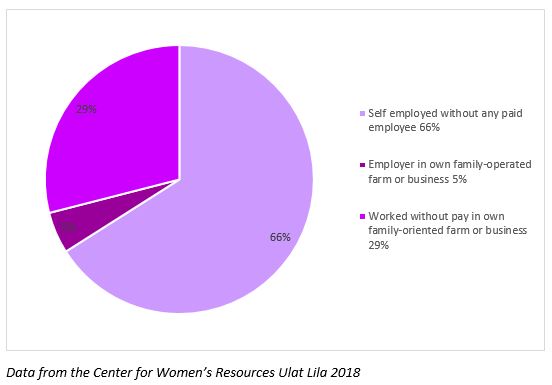 The trend of increasing self-employed women is worrisome said Perez as they are being taken away from socialized production. This also reinforces individualism, she said.

“Self-employment means that economic production is individualized. But socialized production is important because through this, they will find strength though collective work,” Perez said.

There seems to be no end to violence against women as Duterte himself attacks women numerous times in his speeches and public statements, said Perez.
An example of this was when Duterte made a rape joke on May 24, 2017 after martial law was declared in Mindanao Island. 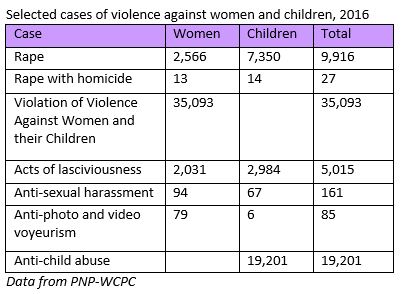 Perez said findings of the National Interfaith Humanitarian Mission in Marawi City in June 2017 showed that Duterte’s rape joke had frightened women. “Because of this, one mother related that she urged her daughters to leave first and go to their relatives outside Marawi even if they did not want to evacuate,” the report read.

Soldiers also threatened to rape women who refuse to be evacuated, she added.

She urged women to continue to organize and mobilize and together fight to change the dire conditions of women and their families.