After CA rejection, Mary Jane Veloso to bring her plea to Supreme Court 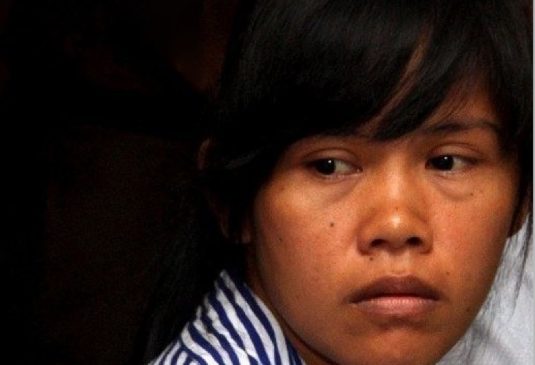 “We shall also revisit and exhaust other options and channels to ensure that Mary Jane is rightfully saved from the gallows on legal, political and humanitarian grounds.”

MANILA – Following the Court of Appeals’ final decision June 3 barring Mary Jane Veloso from testifying via a deposition in the criminal cases against her recruiters in the Philippines, her counsels said they will still not rest the case.

They plan to intervene as private prosecutors, Veloso’s counsels from the National Union of People’s Lawyers (NUPL) said in a statement. They announced plans to bring Mary Jane’s plea to the Supreme Court.

“We shall also revisit and exhaust other options and channels to ensure that Mary Jane is rightfully saved from the gallows on legal, political and humanitarian grounds,” said lawyer Edre U. Olalia, president of NUPL.

The private prosecutors helping Veloso found it “regrettable” that the Philippine courts itself have so far been unable to adapt or respond to the unique or “peculiar” circumstances of Mary Jane’s case. In the interest of justice, she should be able to speak in the court hearings in case that could help her clear her name and thus save her life. But her circumstances preclude her physical presence in Philippine courts. The NUPL had hoped against some “nitpicking purely legalistic approach.” It is not as if the parties opposed to Veloso will be unprotected, they said.


The alleged illegal recruiters and traffickers instrumental in Mary Jane’s misfortune continue to “have all the legal safeguards to guarantee that their rights are respected as they should be,” Olalia said.

The alleged recruiters have in fact categorically admitted on record that Mary Jane was clueless she was bringing in illegal drugs to Indonesia from Malaysia. It happened right after she sought jobs overseas for lck of opportunities at home. She left her two young sons in the care of her parents in the Philippines.