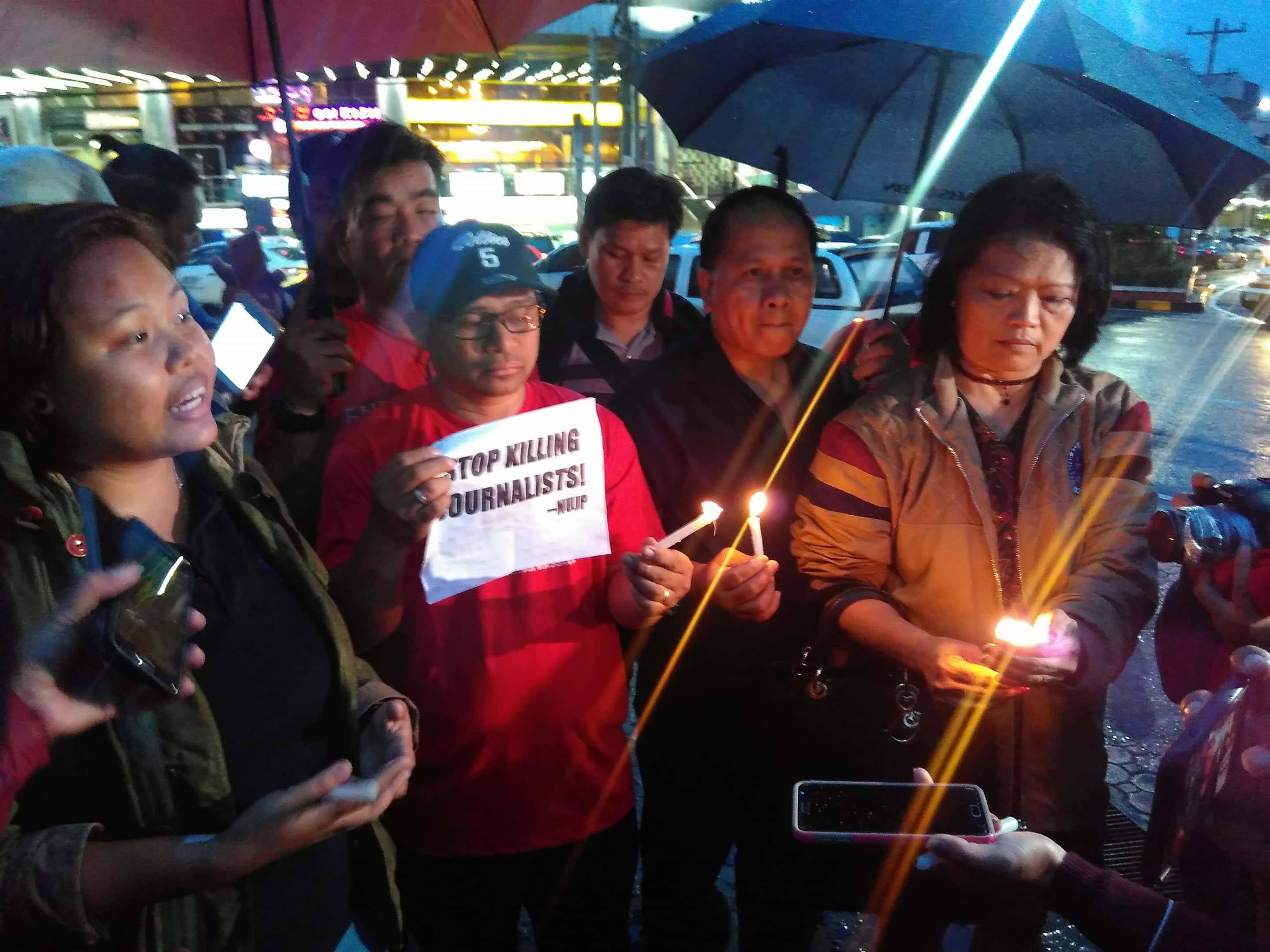 MANILA – In time for their second congress, journalists from different media organizations under the National Union of Journalists in the Philippines held black Friday protest denouncing the killing of Dennis Denora, publisher of the community newspaper Trends and Times. He is also a correspondent of Sun Star Davao in Panabo City, Davao del Norte.

The group gathered at the Boy Scout Circle in Quezon City on June 8 and lit candles for Denora , as well as other journalists killed in the line of duty. Denora is the 11th journalist killed under President Duterte’s administration. 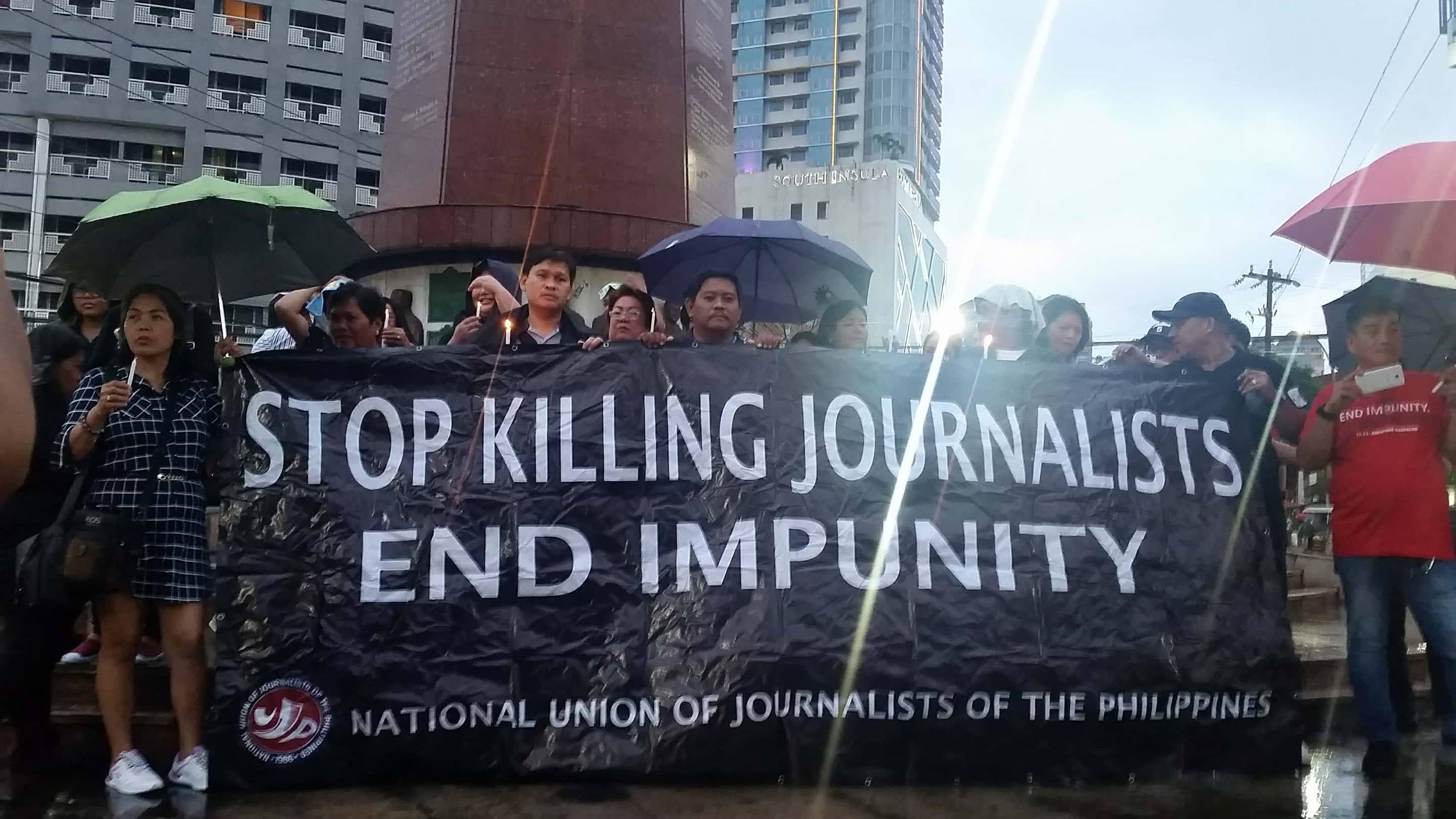 “This should be the last. The list of journalists killed in the Philippines should not increase,” NUJP chairperson Jo Clemente said during the short program.

Kath Cortez of NUJP Davao chapter also said that the attacks on human rights are brazen that even members of the media have become victims. Despite this, she said, journalists should continue to speak out and uphold the truth for the people whose rights are being trampled.

Denora was killed on June 7 in Panabo City. He was inside a sedan car when an unidentified gunman shot at Denora killing him instantly. A report of Kodao Productions said the motive behind the killing has yet to be determined.