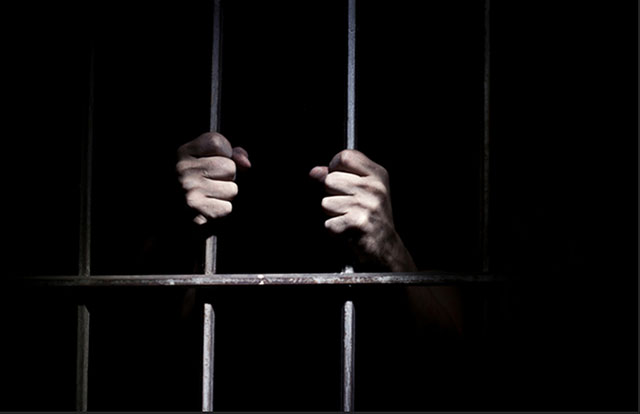 Oliver, at the time of their arrest, didn’t carry any bag. Rowena only had a small sling bag which, Karapatan said, could not hold the firearms they supposedly own.

MANILA — ACT Teachers Party-List Representatives Antonio Tinio and France Castro condemned in a statement today “the abduction of and filing of trumped-up charges against” spouses Oliver and Rowena Rosales.

Last Saturday, August 11, Rowena and Oliver Rosales were forcibly taken by armed men while on board their tricycle at Galvez St., Brgy. Wawa, Balagtas, Bulacan. They were later taken to Camp Crame, Quezon City, a statement from Karapatan said today.

Rowena was shown a warrant of arrest charging her of illegal possession of firearms and explosives. Karapatan said the same warrant alleging the same trumped-up charges was used against Courage member Juan Alexander Reyes on June 2, 2018.

Oliver and Rowena Rosales used to be members of the Confederation for Unity, Recognition and Advancement of Government Employees (Courage), a government worker’s organization. They figured in campaigns for state workers’ security of tenure and decent pay as former members of Courage’s National Secretariat. Rowena also served as Courage’s Chief of Staff. They resigned from their positions in the labor federation two years ago and opted to work in a small business instead. But before their resignation, they have been subjected to surveillance and harassment typically being conducted by state troops against activists.

Courage members, including the Rosales couple, previously filed a writ of amparo before the Supreme Court in August 2015, asking protection after a series of threats and surveillance.

Since the government employees established Courage in 1986, “it has been the leading umbrella organization of public sector unions and a known critic of the government’s anti-people, anti-poor, and anti-worker policies,” ACT Rep. Tinio said.

Today, former colleagues describe the couple’s abduction as another blatant attack against individuals and organizations protecting and promoting the economic and democratic rights of government workers. The spouses were abducted the same way the other activists now in jail facing trumped-up charges were taken.

The state troops’ operations that brought to jail the likes of Rafael Baylosis, a longtime labor advocate and a consultant in the peace negotiations, and his son-in-law, Kilusang Mayo Uno labor organizer Maoj Maga, similarly happened in the case of the Rosales couple, according to the lawmakers from ACT.

“It is typical of a fascist government to red-tag union organizers and misrepresent them as members of the New People’s Army,” said ACT Rep. Castro.

She added, “The trumped-up charges of illegal possession of explosives filed against the Rosales couple are the usual among the police’s and military’s arsenal of weapons used to harass and silence government critics.”

According to Karapatan, Rowena and Oliver were summoned to the investigators’ area on August 12. Two guns, a grenade, bullets, and bags were on the table. Oliver, at the time of their arrest, didn’t carry any bag. Rowena only had a small sling bag. Karapatan said it certainly could not hold the firearms they are supposed to have owned. Photos of the spouses sitting at a table with guns were taken.

Karapatan described it as another case of “scriptwriting and brazen planting of evidence” by the Criminal Investigation and Detection Group (CIDG).

Cristina Palabay, Karapatan secretary general, said the CIDG officers have become experts — at planting evidence and filing trumped-up charges, and making guns appear where there are none.

Oliver and Rowena Rosales are being detained now by the CIDG in Camp Crame.

The abduction demonstrates the same political persecution of four former Makabayan bloc lawmakers, according to ACT Rep. Tinio. The cases against these lawmakers have recently been dismissed as trumped-up murder charges. But many others such as the Rosales couple are still fending off the same persecution, Tinio said.

Karapatan observed that many human rights violations are orchestrated by the police and the military in line with the Inter-Agency Committee on Legal Action (IACLA) in particular, and counterinsurgency program Oplan Kapayapaan in general. At least 129 rights defenders and political dissenters have been arrested and filed with trumped-up charges since IACLA was formed in October 2017. At present there are more than 500 political prisoners in the Philippines.

“Individuals and organizations who are vocal critics of the government’s anti-people policies are subjected to intensifying threats under the Duterte administration,” Tinio said. He believed it will not deter public sector unionism and the people’s unity in advancing their democratic rights.

Karapatan and the solons from ACT demanded the immediate release of the Rosales couple and the dismissal of the trumped-up cases filed against them. “We will not allow the Duterte administration to continue adding to the long list of activists throughout the country who are unjustly languishing in detention,” Tinio said.