3 farmer activists gunned down in Comval 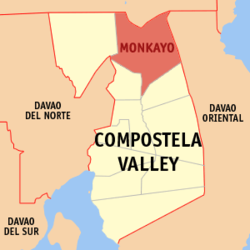 Rolly Panebio, 46, security staff of Salugpungan Learning Center Campus in Bango,Compostela Valley was shot dead by a motorcycle-riding gunmen at 10:30pm in Purok 24 in Bango, Compostela Valley while on his way home after his shift in the school last Saturday night.

Panebio was declared dead on arrival in the hospital.

After visiting Panebio’s wake at Alar Funeral Parlor the next day, Gilbert and Jane Labial were also shot dead by unidentified gunmen.

A barangay councilor who were with the victims at the time of the incident said that Gilbert Labial saw the assailant on their way home but were trapped and repeatedly shot by the assasins.

“The three farmers between February to March surrendered to the 66th IB detachment to ensure their safety as they were tagged as members of the NPA. They were active in the campaign against mining and militarization,” Villanueva said.

“Farmers and lumads were actively defending their lands against the entry of mining company Agusan Petroleum,” he said. “We do not have firearms. We are not NPA. Even without Martial Law, at least 10 members of the organization are in imprisoned in the provincial jail and 6 members were killed under the Duterte administration.”

Meanwhile, Karapatan Southern Mindanao Region said that there are now 87 victims of extrajudicial killings under the Duterte administration. Reposted by