MANILA – A leader of the Alliance of Concerned Teachers – Philippines (ACT) was threatened to be killed by an unknown caller on Jan. 11, Friday.

Raymond Basilio, ACT secretary general, said he received a call from an unregistered number while they were holding their press conference in Baguio City. The caller introduced himself as “Gary” with number 0957-2275384. The caller offered help so that the plan to assassinate him will not push through. But if he ill not cooperate, the caller warned he would push through with the order (to assassinate him.) “He said four men were ordered to kill me,” Basilio told Bulatlat through a private message. 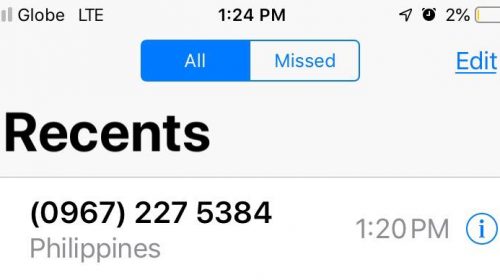 The threat happened days after the surveillance on ACT members was exposed to the public.

Basilio is in Baguio City for ACT’s Fifth National Leadership Training Seminar attended by thousands of educators from public and private schools.

Basilio often represented ACT in several official meetings and consultations with the government when it comes to the teachers’ welfare. He was with ACT since 2010.

“This is an unfortunate yet unexpected development,” Basilio said.

He added that they will document the incident and will work with the Commission of Human Rights, the Department of Education, the courts and other concerned agencies to make the perpetrators accountable.

“The anti-poor and anti-teacher Duterte administration cannot expect us to cower amid continuing harassments,” Basilio said. “With the unity of our membership nationwide, we march on with an even louder call for salary increase, better working conditions and higher education budget.”