A second look at the top 10 party-list groups

Four of the top 10 partylist groups are linked to Duterte and his allies. Some of them also spent millions for ads, which means they either have huge funds or are funded by big business.

MANILA – The country’s party-list system was designed to provide due representation to the marginalized. However, a 2013 Supreme Court ruling has virtually made a mockery out of it by allowing party-list groups that need not be marginalized or underrepresented to run for public office, progressives pointed out.

This ruling served as a backdoor for political dynasties, special business interest groups and those with questionable links and advocacies to dominate the party-list system. Today, as seen in those winning the midterm elections early this month, well-funded party-list groups whose interests and special concerns remain questionable, according to election watchdogs, are among those leading the race.

Since party-list representatives constitute a small but significant percentage of the total number of members of the House of Representatives (HOR), the need to further look into who are behind these groups is important, considering that the Duterte administration is expected to flex its muscle in favor of charter change, federalism, and amendments to various laws such as the anti-terrorism law in his remaining three years.

In this report, Bulatlat looks into the top 10 party-list groups leading the midterm elections.

The Anti-Crime and Terrorism Through Community Involvement and Support (ACT-CIS), topped the party-list race, garnering about 2.6 million votes or about 9.46 percent of the total votes. As its name implies, first nominee Eric Yap said his group will prioritize the strengthening of laws against criminality. The group is also in favor of bringing back death penalty to supposedly curb heinous crimes, which experts have long disputed. Its two other nominees are Jocelyn Tulfo, sister-in-law of Duterte’s special envoy to China Ramon Tulfo, and Rowena Niña Taduran, radio co-host of Raffy Tulfo.

The group, backed by the Tulfo brothers, is among the biggest ad spender, with about P76 million spent from February 12 to April 30 alone, according to a report published by the Philippine Center for Investigative Report (PCIJ).

The Tulfo brothers, known supporter of the Duterte administration, were under fire last year following the controversial P60-million deal between their news magazine “Kilos Pronto” and the Department of Tourism, which was then headed by their sister Wanda Tulfo-Teo. The latter resigned from her post after the Commission on Audit (COA) said she could be liable for corrupt practices. The Tulfo brothers refused to return the money.

Despite the red-baiting, vilification, harassment campaign launched by the Duterte administration against the Makabayan bloc, Bayan Muna still manage to get second spot in the party-list race.

Established in 1999, Bayan Muna has been winning the party-list elections since 2001, relying mainly on grassroots organizing and support from its allies. It has been consistent in championing human rights, national sovereignty and consumer issues, to name a few.

Bayan Muna authored and supported bills like the Rent Control Act of 2009 or RA 9653, which regulates rent for residential units and provides mechanisms that will encourage the development of low-cost housing for low income brackets. It also pushed for the Tax Relief for Minimum Wage Earners Act of 2008 (RA 9504).

Bayan Muna also authored the Anti-Torture Law or the Republic Act 9745, a law that criminalizes all kinds of torture to include physical, mental, psychological and pharmacological, the Marcos Compensation Law, which mandates compensation for victims of human rights violations under the Marcos dictatorship.

Election watchdog Kontra Daya said in its study that Ako Bicol is allegedly backed by the family of Elizaldy Co, which is a rich and influential family in Albay. The Co family’s businesses include construction, real estate, malls, mining and aviation.

The Citizen’s Battle Against Corruption (Cibac) was established in 1997 to fight corruption through the House of Representatives.

In 2016, Joel Villanueva was ordered sacked by the Ombudsman over misuse of P10-million pork barrel while he was still Cibac party-list representative. https://newsinfo.inquirer.net/844010/joel-villanueva-ordered-dismissed-from-public-service-over-pork

In the same PCIJ report, Cibac was named as one of the top election spenders in the party-list race, with over P99 million spent. 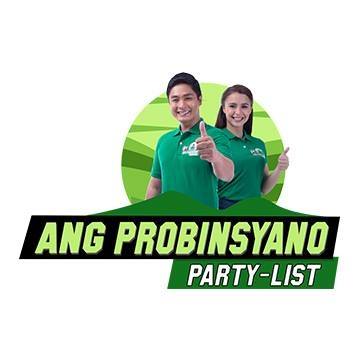 Riding on the popularity of a primetime telenovela, with its lead actors as endorsers, Ang Probinsyano has made it to the top 10 winning partylist groups. It received a total of 741,300 votes, based on the unofficial tally with 94 percent election results.

The party-list group supposedly advocates for the upliftment of lives of those residing in the provinces. Its nominees are Alfred Delos Santos, Ronnie Ong, Edward Delos Santos, Ronaldo Tuazon and Eubendino Bitor.

But the success goes beyond being associated with a television series because its deep pockets should also be taken into account. PCIJ noted in its report that Ang Probinsyano spent at least P46 million in political advertisements from February to April 30, 2019.

One Patriotic Coalition of Marginalized Nationals, Inc. or simply 1Pacman supposedly advocates for the welfare of “marginalized nationals” is represented by industrialist Michael Romero who has business interests related to ports and mining.

In a previous Bulatlat report, it was noted that 1Pacman, endorsed by known sports figures, has authored and co-authored over 473 bills but only four of these are considered as a poverty alleviation measure.

1Pacman spent at least P25 million from February to April 30 for political advertisements, according to PCIJ.

Marino Partylist is a newcomer in the party-list race that reportedly aims to give voice to the plight of those belonging to the maritime community in Mindanao. Its first nominee, Carlo Lisandro Gonzales, is the owner of a construction company Ulticon Builders.

An ISO-certified company since 2010, Ulticon, according to its website, will construct the P242-million Cateel-Compostela diversion road project in Davao Oriental.

All the rest of their nominees are from Davao, including Jose Antonio Lopez, who used to work for Duterte’s close ally Dennis Uy, also an industrialist. 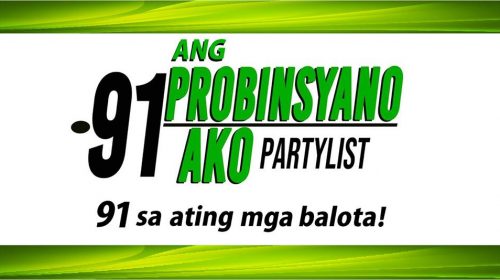 o is a region-based party-list group that reportedly aims to serve as the voice of the Ilocos region. However, election watchdogs have earlier criticized it for being backed by a political dynasty and even present government officials.

The party-list group, in its Facebook page, supported and endorsed the senatorial candidacy of Bong Go, a close ally of Duterte.

The Magsasaka Partylist said on its Facebook account that it pushes for progressive agriculture, food security, and human dignity.

While other party-list groups have been subjected to red-baiting during the campaign period, no less than Philippine Army’s Maj. Gen. Rhoderick Parayno said Magsasaka was not in any way related to the New People’s Army.

Parayno even considers Magsasaka as a partner, as it supposedly provides livelihood projects in areas where there are allegedly NPA members.

While it claims to represent the interests of farmers, its first nominee is Dexter Villamin, former pastry chef and currently president and founder of DV Boer Farm, an 11-hectare estate in Lian, Batangas.

Its second nominee, on the other hand, is lawyer Argel Joseph Cabatbat, who last year survived an ambush. The rest of its nominees are: Soliman J. Villamin, Sr., Oliver L. Corbito, Joven F. Santos, and Manolito M. Dacuycoy.

Four of the top 10 partylist groups are linked to Duterte and his allies. Some of them also spent millions for ads, which means they either have huge funds or are funded by big business.

Except for Bayan Muna, none of the top 10 has a track record of serving the marginalized sectors.

As pointed out by political analyst Dr. Temy Rivera, the party-list system has been dominated by political dynasties, trapos or groups representing vested interests.

In an interview with Bulatlat, Rivera also noted that region-based party-list groups like Ako Bicol and Probinsyano Ako take advantage of vote-rich areas, destroying the spirit of party-list system, where it should have national constituency.

Meanwhile, the three-seat cap encourages fragmentation, allowing parties with small constituencies to be represented in Congress.

Rivera said the minimum threshold to get a seat (two percent of the total votes) is too low and should be raised to at least three percent so that winning groups will have bigger electoral base, and prevent “fly-by-night, opportunistic” party-list groups to get a seat.

Still, reforms are much needed in order to prevent the elite from hijacking the party-list system supposedly for representation of the marginalized.