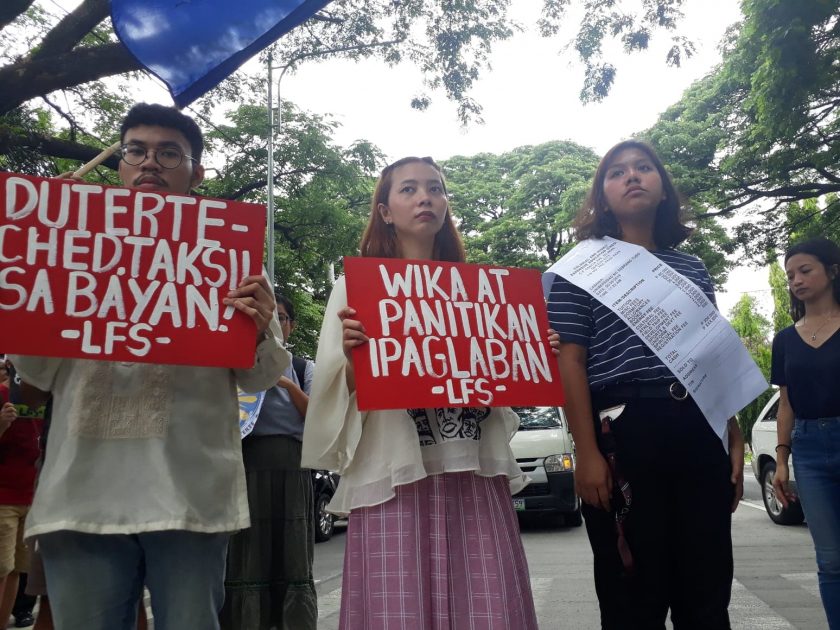 MANILA – Youth groups’ protest action faced police violence after trooping to the Commission on Higher Education (CHED) last May 30 to decry the “worsening state of education” in the country. Three members of the group present in the activity were grabbed by officers after defacing the gates of the commission but were released after the program.

The groups condemned the series of policies that, according to them, would aggravate the current problems of the country’s education system including incessant tuition and other school fees increase, the Supreme Court’s decision on CHED Memo 20, and the bill on mandatory ROTC in the House of Representatives.

College Editors Guild of the Philippines National President Daryl Baybado slammed CHED Commissioner Prospero de Vera’s press release that lauded the Supreme Court decision on the constitutionality of the CHED Memo 20 that removes Filipino and Panitikan as core subjects in college. Baybado said this policy approved by the Commission and the high court will further exacerbate the commercialized and colonial orientation of the country’s education system. 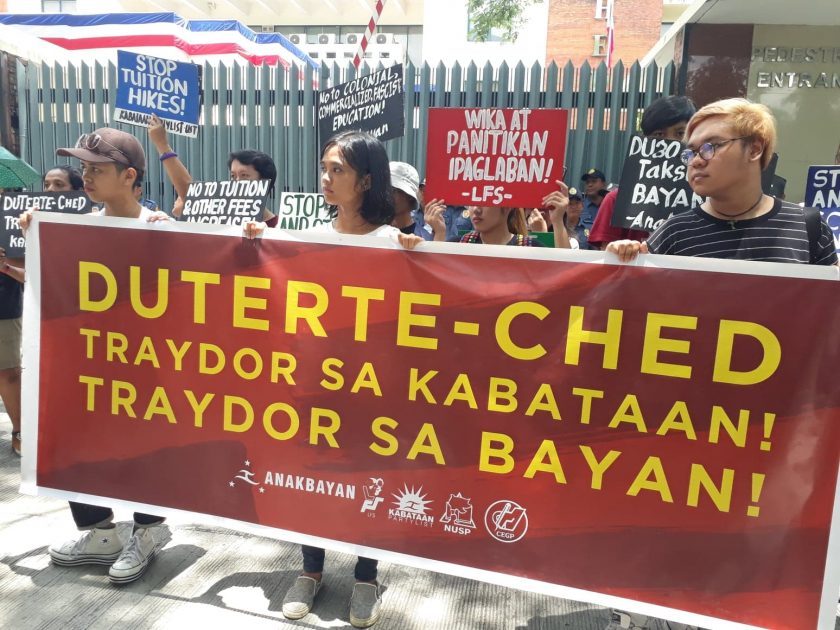 Elago reiterated that the administration is keen on erasing the whole reason why mandatory ROTC is erased following the death of Mark Chua of the University of Santo Tomas. 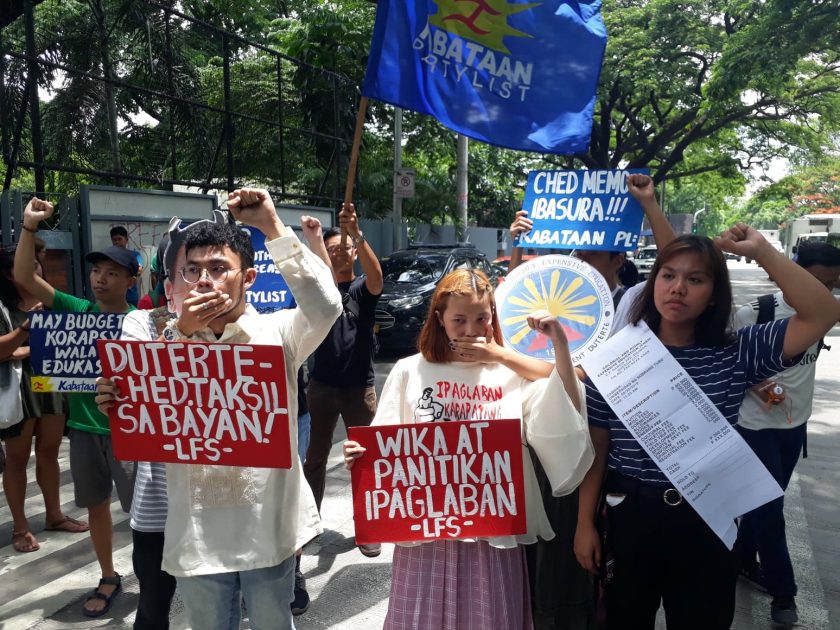 Aside from the aforementioned policies that the organizations condemned, Elago also stressed that CHED will be further burdening parents and students at the onslaught of tuition increases and other fees in private school and even state universities and colleges.

Almost all higher educational institutions (HEIs) throughout the country are applying for a tuition increase, and a huge number will be approved by DepEd, said Raoul Manuel of the National Union of Students of the Philippines (NUSP). In a study by the council alliance, private schools increase their tuition on an average of 5% every year, excluding the collection of other school fees.

Manuel added that the CHED also plans to revise the CHED Memo 03, or the guidelines for tuition increase in attempts to remove “strict” policies on tuition increases, especially in private autonomous units. Some of the salient points of the draft revision include the abolition of regional multisectoral councils on tuition increase, revisions to the consultation process, and lessening the participation of CHED from regulating tuition hikes to monitoring duties only.

Text and photos by JUMAI HERRERA