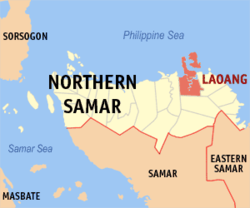 MANILA — Last May 21, before daybreak, the New People’s Army in Northern Samar raided a detachment of the Philippine Army in Lao-Ang, Northern Samar, in response, they said, to the people’s clamor after government troops committed a “slew of blood debts” against the people. The red fighters used command-detonated explosives and engaged the government troops in a firefight in Little Lanubi, Brgy. Lanubi, in Lao-ang. The firefight resulted in the death of three from the Philippine Army troops and one from the New People’s Army.

In an emailed statement to the media today, the Rodante Urtal Command (RUC) of the New People’s Army in Northern Samar said they confiscated several rifles, a 38 caliber pistol, 26 magazines and hundreds of bullets for M4 rifles, one Harris radio, a pair of night vision goggles, military telescopes, cellphones and other military equipment.

Amado Pesante, spokesperson for the NPA-RUC, called the attention of Maj. Gen. Raul Farnacio of the 8th Infantry Division-PA who “boasted of redeploying the 63rd IB from their terrorist siege of Marawi to Northern Samar only to serve as security force for a corruption-ridden road project under the Duterte regime.” He also cited the “blood debts” of the Philippine Army, specifically of the 20th IB led by Lt. Daniel Salvador Sumawang, such as the killing of San Miguel barangay captain Apolinario ‘Kap Pening’ Lebico and the frustrated killing of his son-in-law, as well as the indiscriminate strafing of civilians in Sityo Inuman, Brgy. Tagab-iran, killing resident Melvin Obiado Cabe and seriously wounding his underage child.

The successful NPA raid followed a foiled NPA raid in Viktoria last March where Gen. Ramil Bitong of the 803rd Brigade was quoted in reports as saying the NPA rebels were into extortion activities. Pesante of the NPA-Northern Samar dismissed Bitong’s claim as “fake news.” Pesante countered that Gen. Bitong and other high-ranking military and local government officials are colluding to rake in corruption money from such infrastructure projects (as the Simora-Palapag road) in Samar. He also condemned the military for punishing the civilians for their losses and failure to pursue the Red fighters. “Residents reported that 20th IB soldiers fired a 105 Howitzer towards their barangay, and threatened and terrorized them after the clash.”

Last April in Eastern Visayas, another NPA command criticized the military’s “smear campaigns” against the NPA use of command-detonated bomb, a weapon commonly used by the poor and considered as legitimate weapon under the international humanitarian law.

“Not once has the 8th Infantry Division of the Philippine Army acknowledged the human rights violations committed by its troops, which include the use of artillery and the encampment of at least 8 barangays in Northern Samar last October by elements of the 20th IB, the aerial bombings and helicopter overflights in Brgy. Bay-ang, San Jorge, Samar last January, and the most recent forced surrenders and election-related harassment in several barrios in San Jose de Buan,” the NPA in Eastern Visayas said.

Militarization in Samar has disrupted work in farms, prompting peasant women in other parts of the Philippines to seek donations of school supplies for affected children. “This is significant to poor peasant families whose children usually go to school without any supply, due to lack of sources of livelihood, surging prices and worse, disrupted farm work due to mass military operations,” said Zenaida Soriano, Amihan National Chairperson, in a statement calling for donations early this month.

Since the declaration of Martial Law in Mindanao in March 2017 and Memorandum 32 (placing Negros, Bicol and Eastern Visayas under state of lawless violence since November 2018) peasants and peasant women in Northern Samar have complained of worsening extra-judicial killings, military encampment in public schools and in barangays, forcible mass evacuation affecting 2,423 victims, illegal arrest and detention, series of aerial bombing, psywar and surveillance, destruction of properties, sexual harassment and others.

Peasant and and children support groups have called for the pullout of military troops in the villages and civilian structures saying it is the civilian population, especially those calling for reforms, who are reeling from the stepped up military operation.