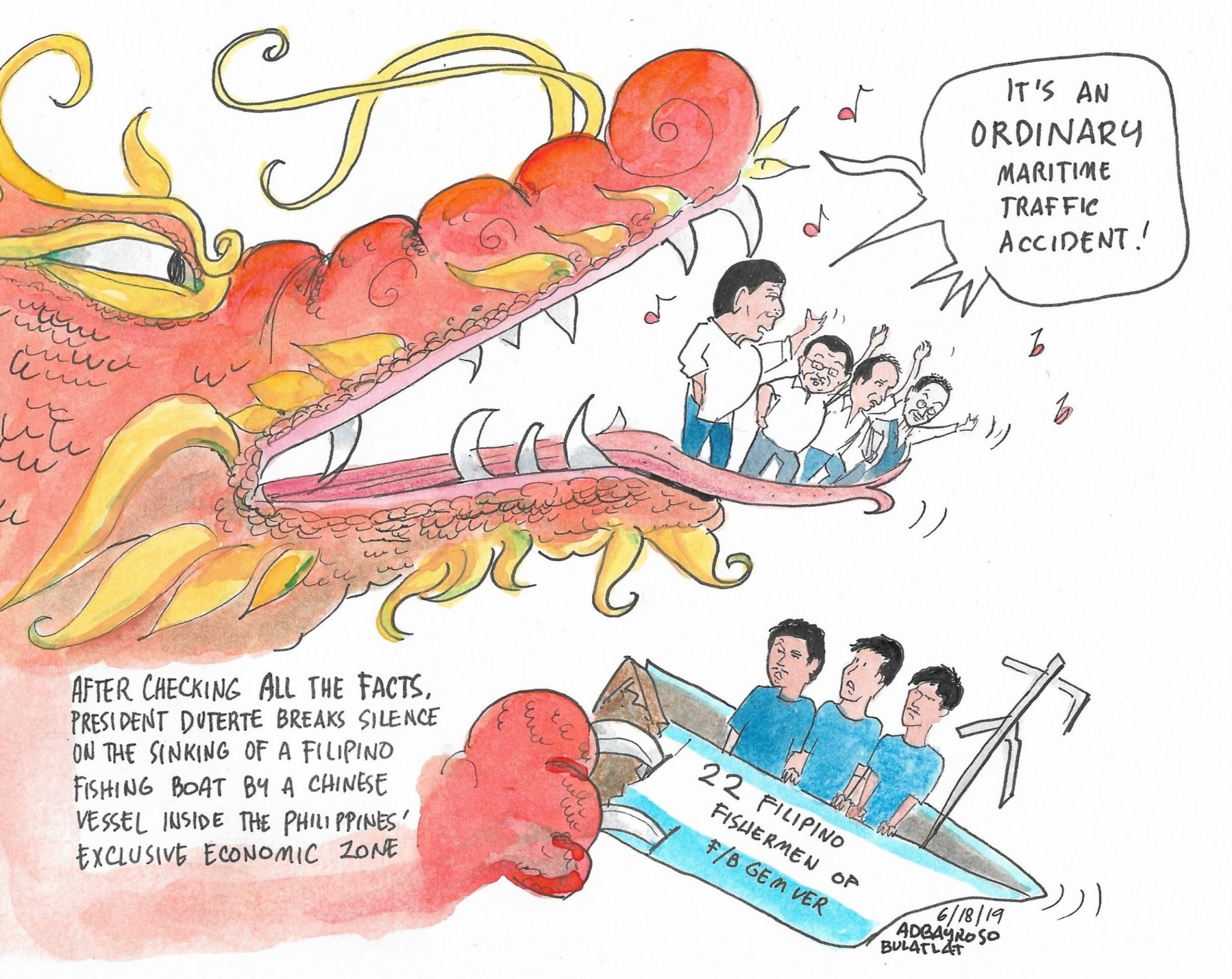 Junel Insigne told the media he was no longer sure if the Chinese boat rammed their fishing vessel. This, after President Duterte himself and other government officials downplayed the issue, and after a phalanx of policemen in full battle gear visited his home.

Our hearts sank as we watched Insigne “eat his words.” How could he muster the courage to continue speaking the truth against the mighty China when the betrayal came from the country’s highest seat of power?

Our dignity is crushed into pieces as the man who promised to defend our sovereignty is the very first to spit on our territorial integrity.

No, we are not expecting from the President  the boldness and impulsiveness of boyhood. At the very least, we were expecting compassion, which he proves again and again that he is incapable of.

It’s as clear as day that Duterte has sided with China. He and his officials must have benefitted so much from Beijing to justify their behavior.

We, whose rights have been trampled upon, must refuse to be silenced and say, “The Philippines is ours!”

More importantly, the most treacherous must be made to pay.