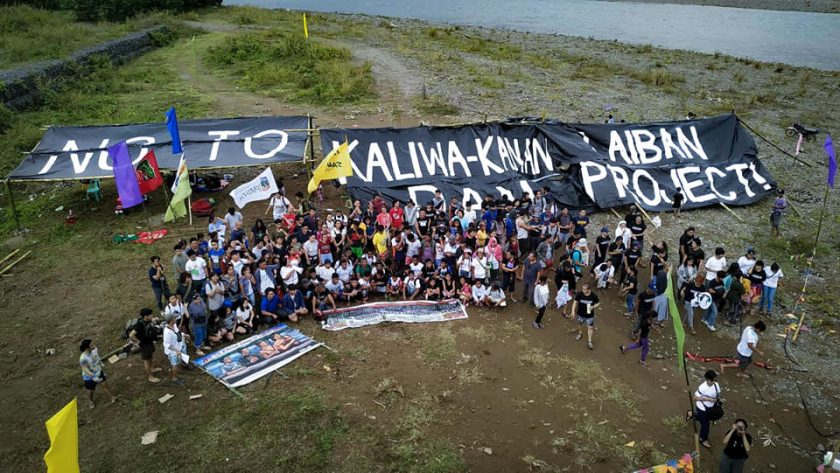 Agos River, Infanta, Quezon — Indigenous people of Rizal marked the Dumagat Day last week with the theme, “Advance the unity in the defense of the environment and strengthen the movement that promotes the right to ancestral lands and self-determination of Indigenous Dumagat and Remontado!”

Dumagat and Remontado tribes renewed their commitment in opposing the Kaliwa-Kanan-Laiban Dam or the New Centennial Water Source project, a priority project of the Duterte administration that will inundate more than 300 hectares of forests and communities in Sierra Madre mountain ranges. 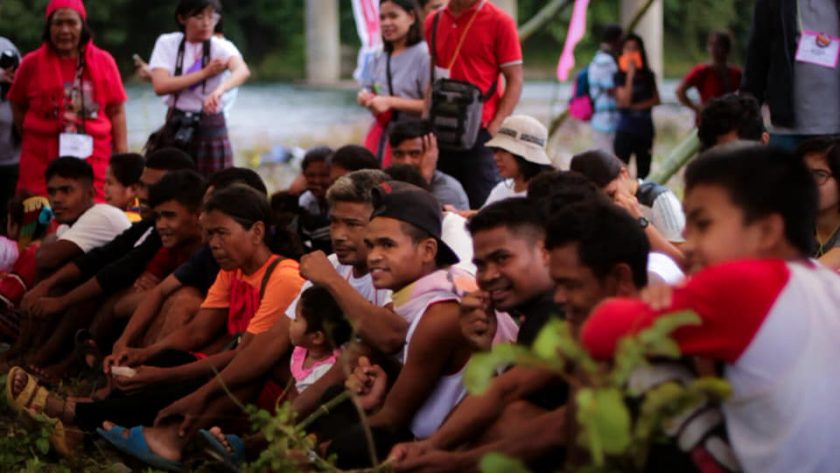 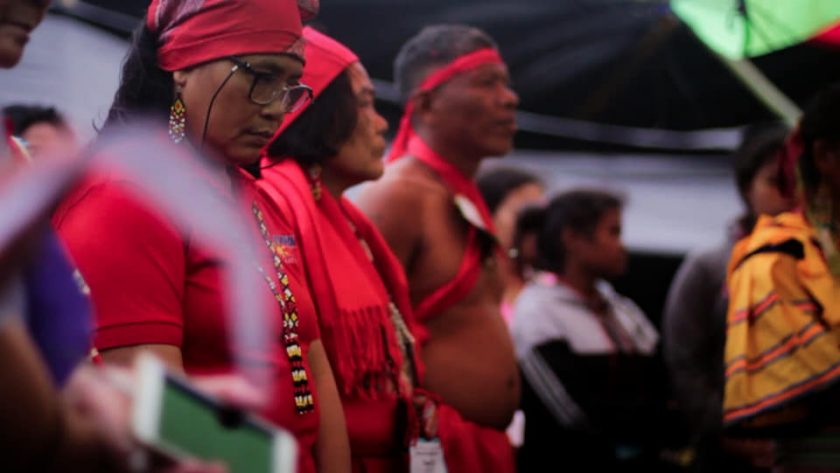 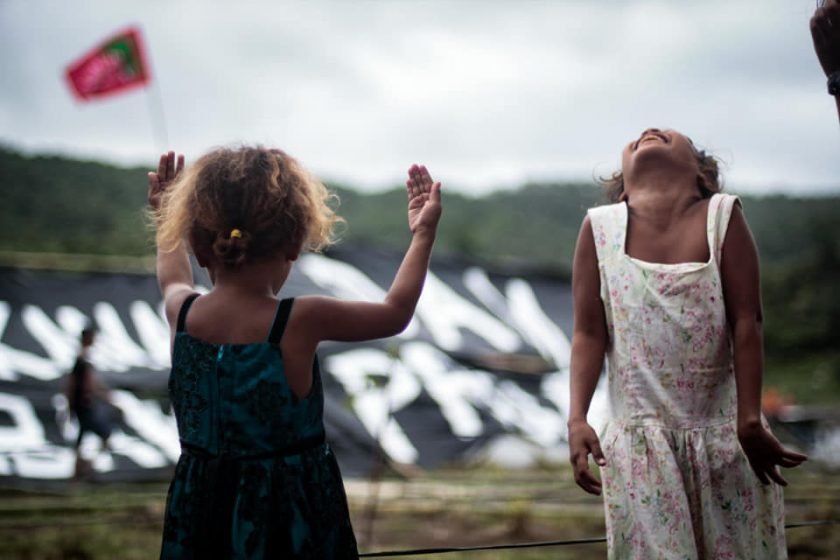 The Dumagat and Remontado tribes have been fighting against the dam project for the past four decades. In 2001, one of their leaders was killed by suspected state agents. 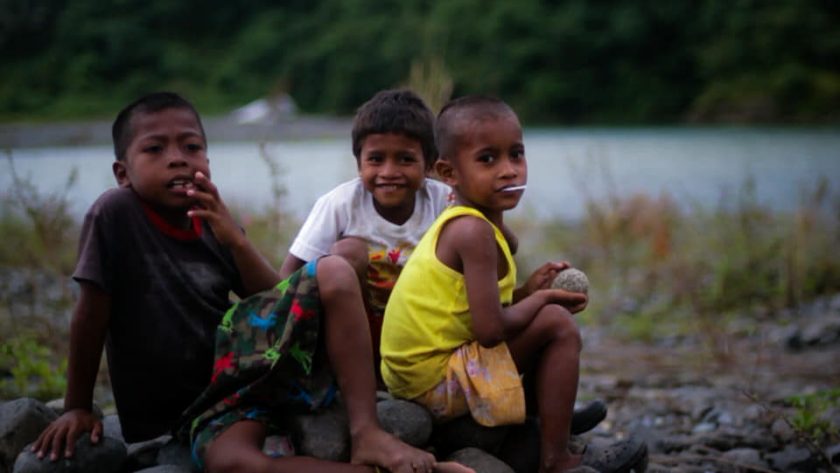 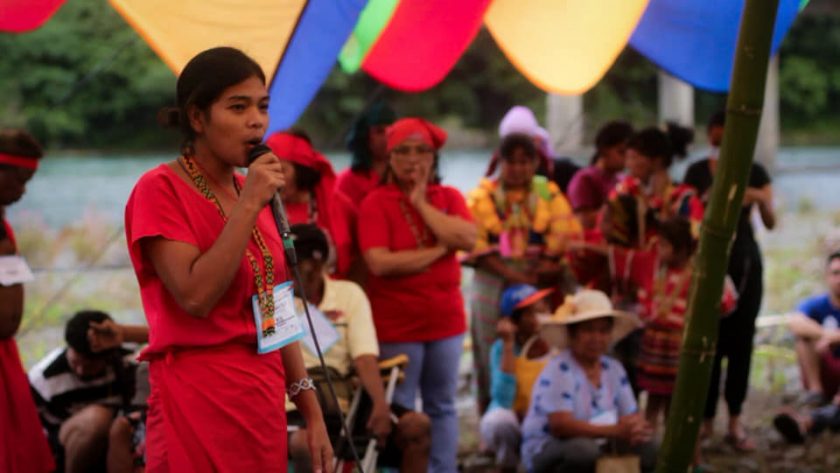 Elements of the 85th Infantry Battalion under the 2nd Infantry Division of the Philippine Army have frequentd the areas covered by the project. Miling dela Cruz, a local leader in Tanay, Rizal, said soldiers threatened those who wanted to participate in the Dumagat Day.

In her speech, Dela Cruz said in Filipino, “We will die fighting against the dam project. We will not leave our communities.”

In a statement, the International Indigenous Peoples Movement for Self-determination and Liberation (IPMSDL) expressed solidarity. “The Indigenous Peoples (IP) of the Dumagat and Remontado are facing an enormous monster, and it is just and right that people come together to show their readiness to stop and defeat those who trample indigenous rights: be it destructive mega-dams, a murderous government and military, or even foreign invaders who rob our lands,” Beverly Longid, global coordinator of IPMSDL, said. 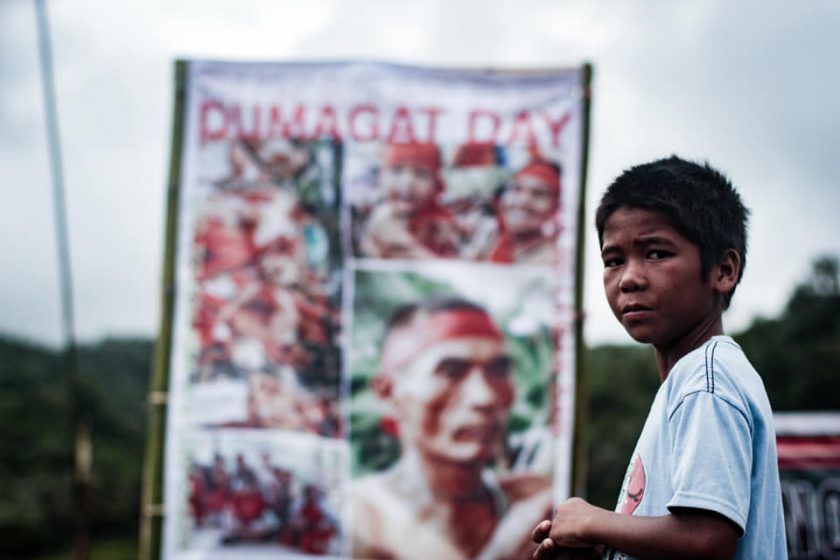 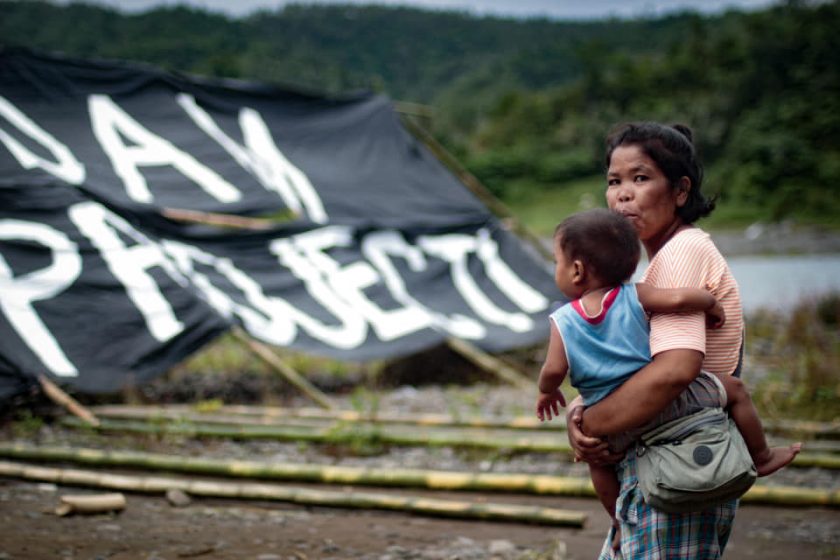 The IPMSDL criticized the railroading of the dam project “at the expense of blatantly disregarding the rights, culture and tradition of 20,000 Dumagat and Remontado, despite communities that will be uprooted from their sacred sites and home of their ancestors, despite the irreversible environmental destruction of Sierra Madre mountain ranges, despite the onus that will be carried by the people in paying privatized social service, and despite using the people’s taxes to pay for the 12.2 billion-peso foreign debt.”