UP condemns crackdown on government critics 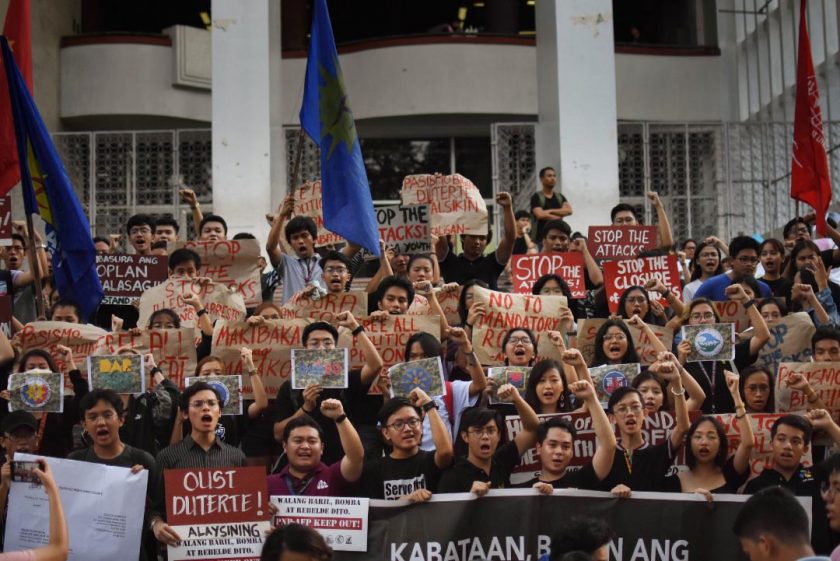 MANILA — Members of the University of the Philippines (UP) community condemned the “ongoing crackdown on progressive organizations.”

UP Diliman Chancellor Michael Tan joined faculty members, students and members of progressive groups in a protest action inside the UP Diliman campus, Nov. 8. 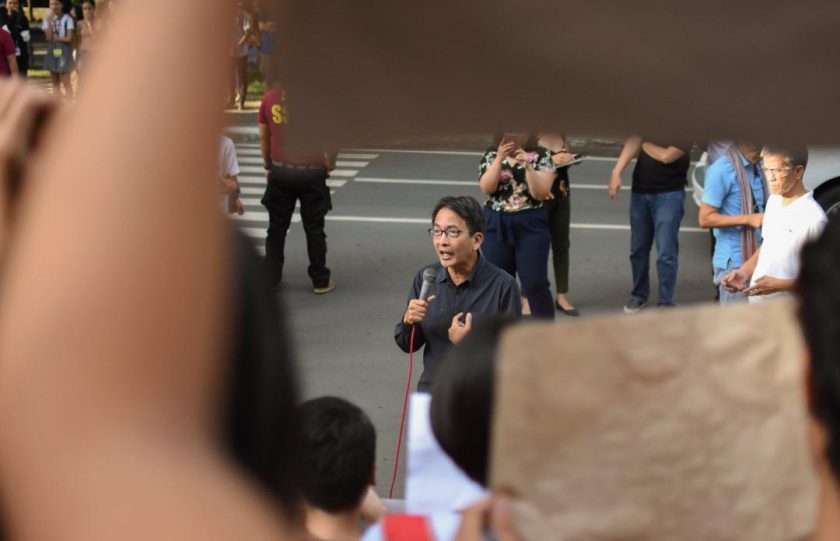 In separate statements, All UP Academic Union and university-wide and college student councils from various UP campuses across the country condemned the recent spate of arrests and detention of critics of the Duterte administration.

UP student councils expressed their unity against “the intensified crackdown against activists and other scheming maneuvers used against the people to silence those who clamor for justice.” 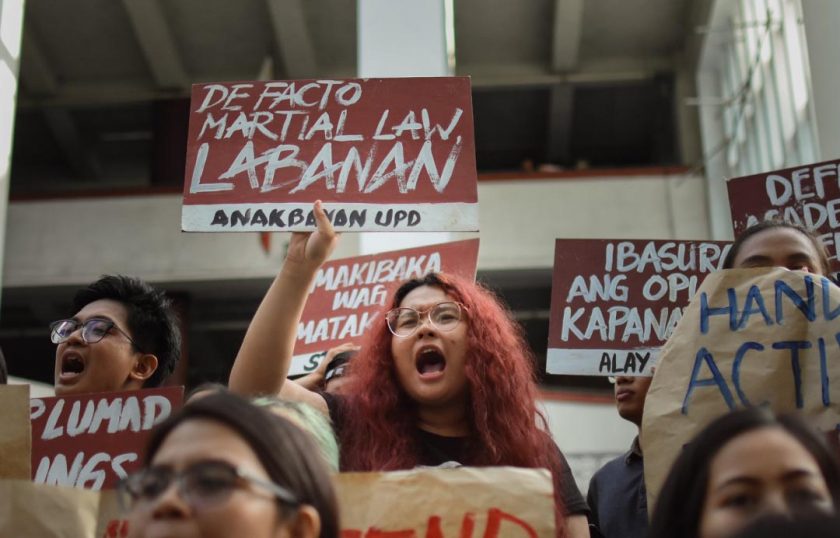 They maintained that the country “is suffering under de facto martial law because of the nationwide killings and the blatant violation of our human rights.”

“In this worsening political climate where no one is safe from the barrel of a gun, we pledge to resist and stand united against injustice and tyranny,” the unity declaration of student councils read. 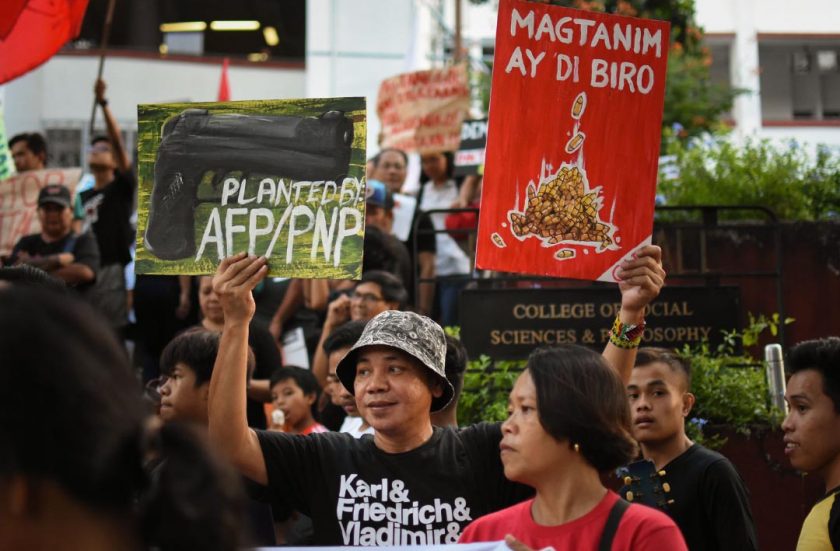 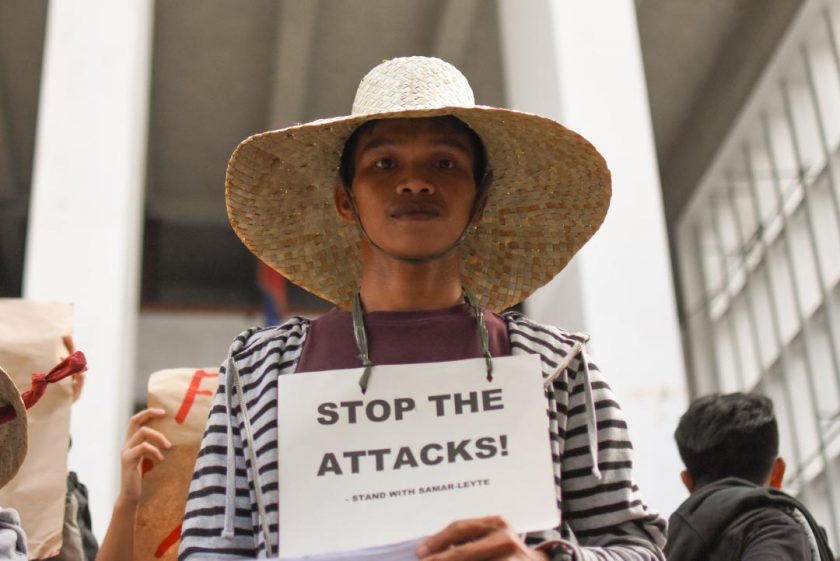 Both the students and academic union blamed Executive Order no. 70, which refers to the Duterte administration’s policy on counterinsurgency. All UP Academic Union lamented that Executive Order no. 70 “gives state enforcement agents exceptional powers at the expense of basic human rights and civil liberties.”

The union noted that its chapters in different UP units have also been subjected to red-tagging and intimidation by state agents.

“Decades of failed counterinsurgency programs teach us that military approach is never the solution to rebellion. Only by addressing the roots of the armed conflict through serious and principled peace negotiations can we all achieve lasting peace and justice in our land,” the union said.

Student leaders called on the youth to stand united in resisting “this tyrannical rule.” “It is never a crime to serve the people. We will continue to resist,” they said. 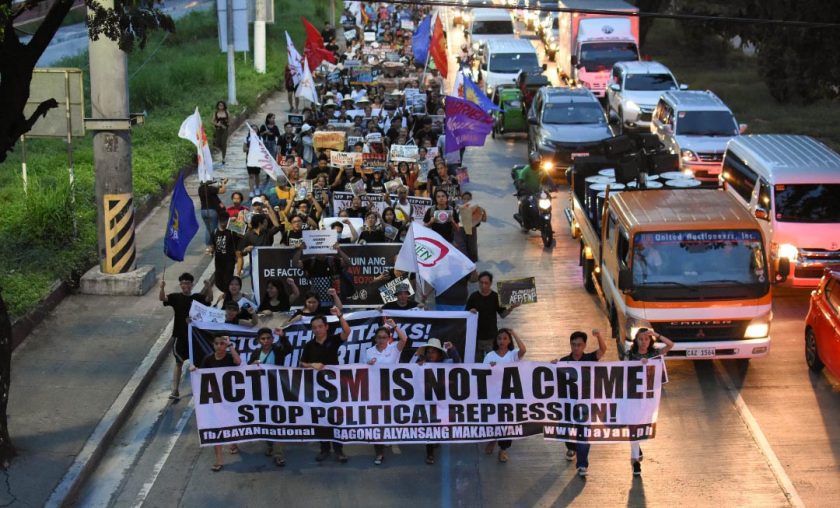 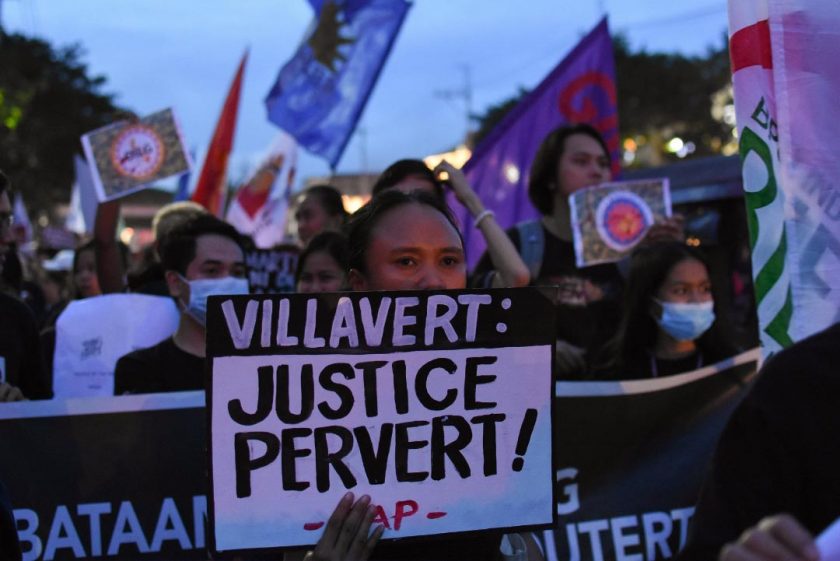 After a short program at the AS Steps, the protesters marched along Katipunan Avenue.