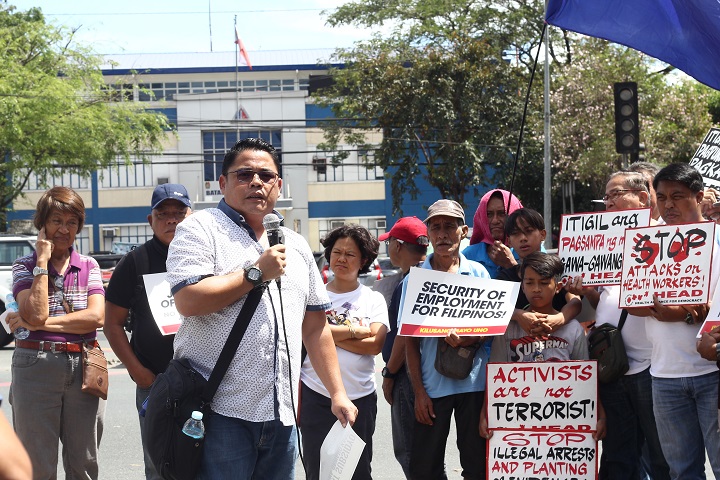 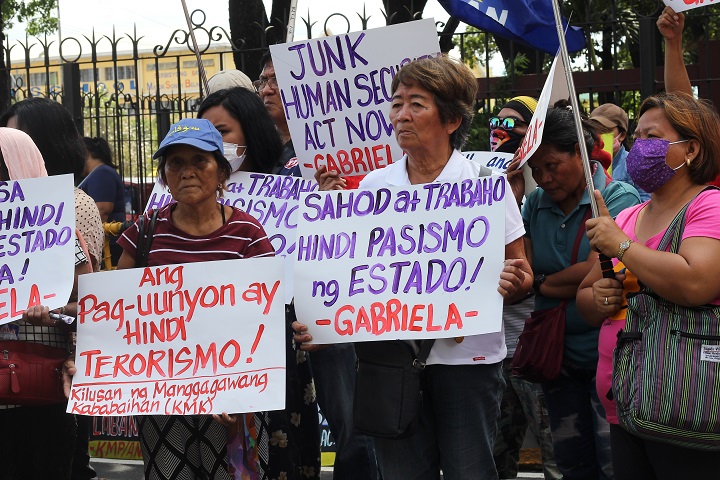 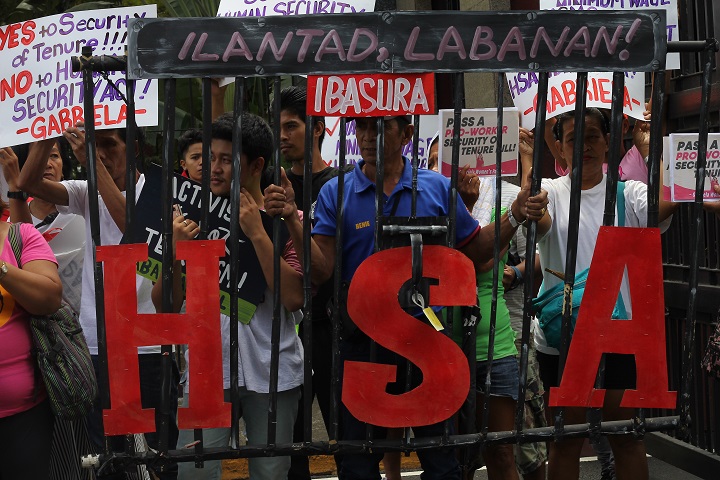 Labor groups and other progressive organizations held a protest action today outside the House of Representatives March 3, demanding the scrapping of Anti-Terror Bill.

The Committee on Public Order and Safety held a hearing regarding the Anti-Terrorism Bill , which seeks to amend the Human Security Act of 2007.

Text and photos by REIN TARINAY