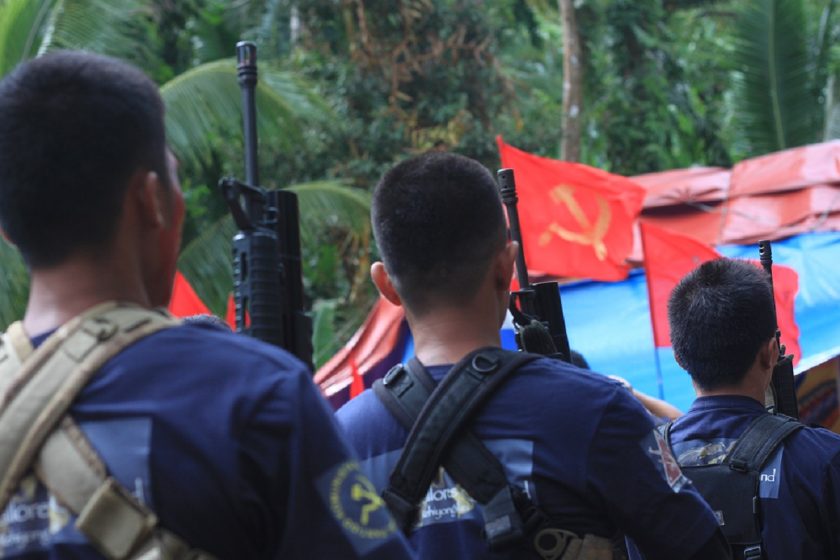 The CPP said the purpose of its unilateral ceasefire is to ensure and facilitate necessary, unhampered and immediate medical, health and economic assistance, support and movement of the people brought about by the exigencies of the current COVID-19 pandemic.

MANILA — The Communist Party of the Philippines (CPP) issued a unilateral nationwide ceasefire order to all commands and units of the New People’s Army (NPA) as well as the people’s militias Tuesday night, March 24.

The order, published on the National Democratic Front of the Philippines (NDFP) website, says the ceasefire will take effect from 00:00 of Thursday, March 26 and ends on 23:59 of April 15.

The CPP said the order is upon the recommendation of the NDFP Negotiating Panel by way of direct response to the call of United Nations Secretary General Antonio Guterres for a global ceasefire between warring parties for the common purpose of fighting the corona virus disease (COVID-19) pandemic.

“As advised by the NDFP Chief Political Consultant [Jose Maria Sison] and relayed by the NDFP Negotiating Panel to the NDFP National Council, the broad masses of the people themselves need to refrain from launching tactical offensives to gain more time and opportunity to fight the COVID-19 pandemic and to look after the health and over-all welfare of the people in both urban and rural areas,” the order reads.

The CPP said the purpose of its unilateral ceasefire is to ensure and facilitate necessary, unhampered and immediate medical, health and economic assistance, support and movement of the people brought about by the exigencies of the current COVID-19 pandemic.

“This ceasefire is also a gesture towards national unity and based on humanitarian principles in the context of the serious public emergency to ensure the health, safety and welfare of all,” the CPP said.

The ceasefire order shall take effect immediately and is not dependent on the issuance of the Suspension of Military Operations (SOMO) and Suspension of Police Operations (SOPO) issued or to be issued by the Government of the Republic of the Philippines (GRP), the CPP said.

Not a reciprocal truce order

NDFP Negotiating Panel Chairperson Fidel Agcaoili clarified that their truce order is not reciprocal to the GRP ceasefire declaration effective March 19 to April 15.

“As in the past, the [Rodrigo] Duterte government cannot be trusted in any mutual or unilateral ceasefire agreements, as the bombings of communities, harassment, abductions and killings perpetrated by its armed forces continue unabated. Thus, even while respecting and following the unilateral ceasefire order, the New People’s Army and the people’s militia must be alert and act in self-defense against any offensive by hostile forces,” Agcaoili said.

Agcaoili’s recommendation followed Sison’s advise that the NDFP negotiating panel may ask its principal, the NDFP National Council, to heed Guterres’ call for a global ceasefire.

Malacañang for its part welcomed Sison’s advise for the NDFP forces to observe its own unilateral ceasefire amid the pandemic.

“It is about time they join the collective efforts of the nation to fight the spread of the coronavirus,” Panelo told reporters.

The CPP however said that long before the GRP’s quarantine declarations and “repressive measures”, NDFP forces have been informing, training and mobilizing the people on how to fight the pandemic.

In its ceasefire declaration, the CPP ordered all NPA units and people’s militias to cease and desist from carrying out offensive military operations against the armed units and personnel of the Armed Forces of the Philippines (AFP), the Philippine National Police (PNP) and other paramilitary and armed groups attached to the GRP.

“All units of the NPA must be vigilant and be ready to act in self-defense against any tactical offensives or any hostile actions or movements contrary to the ceasefire order launched by any enemy force against the people and revolutionary forces in the guerrilla fronts of the people’s democratic government,” it warned.

The CPP further clarified that “active-defense” operations by the NPA shall be undertaken only in the face of clear and imminent danger and actual armed attack by hostile forces.

“All branches and committees of the CPP, units of the NPA and people’s militias and revolutionary mass organizations should closely monitor any hostile actions being carried out by the armed units and personnel of the GRP or of any act or omission inconsistent with the intent and purpose of this ceasefire. Such information should be reported to the concerned commands of the New People’s Army and leadership of the Communist Party of the Philippines,” it said.

The CPP said that with both the NDFP and the GRP declaring their unilateral ceasefire orders, the situation may potentially contribute “towards a positive atmosphere conducive to the eventual holding of informal talks preparatory to the formal meeting to resume the peace negotiations.”

Backchannel talks between GRP representatives and the NDFP negotiating panel have been ongoing since December last year.

The NDFP also urged the GRP to release all political prisoners and a general amnesty be issued “as a matter of justice and necessity.”