Why is government afraid of free speech? 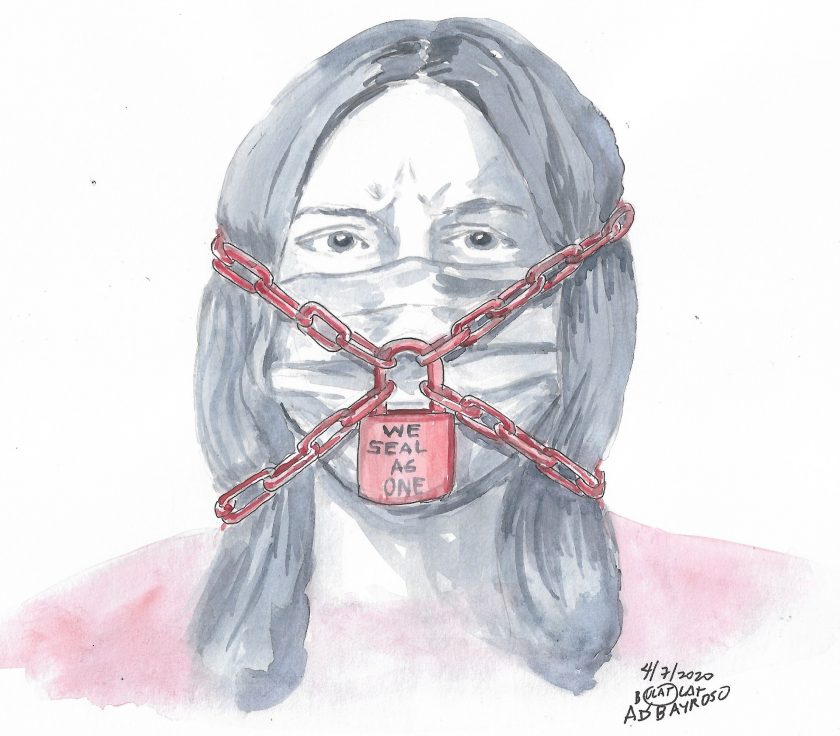 Under the enhanced community quarantine, what’s being suppressed is not just our right to movement but also our right to free speech.

The National Bureau of Investigation (NBI) recently issued 17 subpoenas to social media users for allegedly peddling “fake news.” The agency cites Article 154 of the Revised Penal Code (Unlawful Use of Means of Publication) in relation to the Cybercrime Prevention Act of 2012.

The said provision penalizes “any person who by means of printing, lithography, or any other means of publication shall publish or cause to be published as news any false news which may endanger the public order, or cause damage to the interest or credit of the State.”

The recently passed Republic Act No. 11469 (Bayanihan to Heal as One Act) also contains a provision against the spread of false information even if the latter is not clearly defined.

However, human rights lawyer Jose Manuel “Chel” Diokno, who has been approached by one of the “suspects,” said that the agency is going after those who merely voice out their criticisms to the government.

Other recent incidents prove how the exercise of free speech is being criminalized.

Just last week, 21 residents of sitio San Roque in barangay Pag-Asa, Quezon City were arrested and detained for demanding aid from national and local government units. Never mind the string of charges filed against them; their real crime — in the eyes of President Rodrigo Duterte and Interior Secretary Eduardo Ano — is speaking out. As a result of the widespread support they got in raising the amount needed for posting bail, they were freed five days later.

National government agencies such as the Department of Environment and Natural Resources (DENR) and the National Anti-Poverty Commission issued separate memoranda urging employees to “refrain” from posting negative comments on government’s COVID-19 response.

Even local government units have been emboldened to do the same.

In Nueva Ecija, Joshua B. Molo, editor in chief of UE Dawn, was threatened with cyber libel for being vocal in his criticisms to the government’s response to COVID-19 pandemic.

Earlier, Today’s Carolinian, student publication of the University of San Carlos, was reprimanded by Cebu Governor Gwendolyn Garcia for publishing an editorial upholding the right to free speech. The editorial points out that Garcia’s formation of a “special unit” tasked to trace criticism of the government’s initiatives to contain COVID-19 is unconstitutional.

In General Santos City, a teacher and her son were arrested without warrant for a Facebook post decrying the lack of government assistance to the poor.

All these actions aim to create chilling effect, to force us into silence amid the Duterte administration’s glaring failure to address the COVID-19 crisis.

President Rodrigo Duterte himself issued a lethal warning against critics. “Shoot them dead,” he told state security forces, referring to those “who cause trouble.”

But who is causing us all the trouble? Who has provoked the netizens, and the poor, to air their sentiments? Definitely not the Left but the primary resident in Malacanang whose late-night addresses trigger even the sensibilities of those who used to be apolitical. Duterte’s sins of commission and omission have converted some of his former supporters to being his fiercest critics.

Citizens rightfully ask, “What is the comprehensive plan? Where is the budget for immediate health measures? Why is mass testing taking so long? Why are our health workers running out of personal protective equipment? Where is the social protection for the most vulnerable?

So why is the administration afraid of #OustDuterte hashtag trending on Twitter? It’s because the powers-that-be want to nip in the bud any resistance. They are trying to avoid the people’s anger to spread faster than the COVID-19 virus. They want public anger to be replaced by widespread fear. The powers-that-be forget that what fuels our discontent is our love for country and our passion to help the marginalized and underrepresented that they can never extinguish.

Let us continue to choose righteous anger over fear. Our people deserve better.