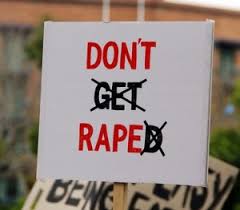 “It is very alarming that the (Philippine police) continues to fail as a good example of a gender-sensitive institution.”

MANILA – The looming passage of the anti-terror bill may worsen the already dire conditions of Filipino women. This after the Philippine police posted what critics described as a gender-insensitive remark telling women to dress up modestly to avoid encountering sexual violence.

“It is very alarming that the (Philippine police) continues to fail as a good example of a gender-sensitive institution,” said Amihan chairperson Zen Soriano.

Soriano stressed that with the intensified targeting of critics when the bill is finally signed into law may embolden the ranks of the Philippine police to commit more gender-based violence.

Read: 4 reasons why anti-terror bill should be junked

The now deleted post of the Philippine police has stirred online conversations on the victim-blaming narrative. Filipino celebrities and social media influencers such as artists Frankie Pangilinan and Lauren Young through hashtag #HijaAko voiced out their disgust.

Filipino netizens, too, shared their thoughts and experiences on victim-blaming.

The kids are alright. Fight on, ladies. I hope for the day when you won’t have to. #HijaAko pic.twitter.com/oMXZG82OVE

IT DOESN’T MATTER HOW YOU SEE THEM. YOU DONT HAVE THE PERMISSION TO DO SUCH THINGS AND MAKE THEM FEEL UNCOMFORTABLE BECAUSE OF THE WAY THEY DRESSED UP. AND YOU DON’T HAVE THE RIGHTS TO HARASS THEM. IT IS NOT A JOKE. RAPE IS RAPE! #HijaAko pic.twitter.com/4HDEyXfkCH

TW: Rape, sexual assault
.
.
Back when women wore long skirts and sleeves, they were still r*ped and assaulted. Stop blaming women for what they wore and start holding r*pists accountable! #HijaAko pic.twitter.com/4DCWmjd1f8

This, Soriano said, betrays the Philippine police’s supposed sincerity in upholding women’s welfare, adding that the “victim-blaming blunder” post goes to show how “fake” their training is on violence against women and children.

The Philippine government’s own data, through the Philippine Commission on Women, revealed that a daily average of 51 cases of violence against women (VAW) were reported in 2018 alone. Though there is a decline from the number of VAW cases in the previous two years, Amihan believes there is poor reporting of such cases.

Gabriela secretary general Joms Salvador has earlier called out the Philippine police for the post, reiterating that women and their clothes are not at fault but rather patriarchy, capitalism, and those in the corridors of powers that have low regard for women are the “reasons that women experience violence.”

Read: The ceaseless agony of a Filipino comfort woman

Soriano said the Philippine police “promotes gender insensitivity and Duterte’s instrument of violence, thus, the Filipino people especially the women should unite and fight against rights abuses and condemn Duterte’s misogyny and tyrannical rule through pushing for the “Terror Bill.”