Rape culture exists, so long as the current state exists 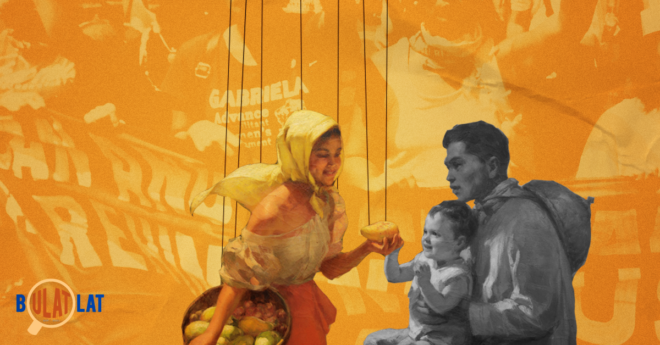 “The combination of backwards tradition, capitalist commodification, and class contradiction all help create a culture where women are not only sidelined but are crushed by a vice and deprived of their right to voice out, to quote Alexandra Kollontai. Rape culture and bourgeois society are inherently linked, because both enable a system where a patriarchy, or a religious institution, or family, or the bourgeois class dominates the lives of women.”

There should be no argument that ‘rape culture’ exists in the Philippines.

But following an online spat between Kakie Pangilinan and some trolls, much needed discourse about sexual violence, rape, and victim blaming found itself bared in the open – leading some to question the existence of rape culture in the country.

There could be no rape culture, they say, since rape is expressly taboo. We do not condone rape, so it’s not a part of our culture. This is a hopelessly reductive argument that betrays a lack of understanding of what ‘culture’ is.

In the Philippines alone, there were 2,162 reported cases of rape in 2019; higher than the year previous. Victims of rape rarely get justice, and the problem goes beyond a justice system slanted to favor powerful people like former Calauan Mayor Antonio Sanchez or foreign agents of imperialism like Joseph Scott Pemberton.

This is because for countries like the Philippines, which exist in a semi-feudal limbo between outdated agrarian relations and modern neoliberalism, political economy and culture all contribute towards creating an environment that is hostile towards women, the LGBT, and those who find themselves in the outskirts of power.

Philippine society is still dominated by feudal culture owing to unequal land distribution in the countryside. For the majority of Filipinos, ‘traditional’ values and moral norms dominate, which include gender expectations for both men and women, women’s subservience to their fathers and husbands, and roles and expectations of modesty for them.

Contrast this with the bourgeois and decadent culture brought about by an indirect colonial relationship with the global imperialist system. Women are at once expected to be modest, sexually repressed care-givers while also expected to be assertive, and most importantly, productive members of society.

And it is in this classification of women and people of other sexes and genders as second-class citizens where rape culture begins to exist. Men are taught by institutions that present themselves as arbiters of morality and decency that they have are above women and can command obedience. They see women in positions of power, traditionally ‘man’s domain’, first as a novelty, then as a threat – and seek to push them out.

Because rape culture is not just saying “rape is acceptable.” It is legitimizing acts and ideas that one sex has dominance over the others. It is chauvinist orders by the President to shoot female New People’s Army soldiers “in the vagina,” using guns from Australia and soldiers trained by the United States. It is the Church meddling in affairs concerning divorce, same-sex marriage, and contraception while claiming “separation of church and state” when quarantine guidelines prevent Mass.

There is an intricate thread connecting the state and gender inequality. Friedrich Engels, in his work The Origin of the Family, Private Property, and the State, described the material beginnings of gender-based discrimination and linked it with the beginnings of class society and private ownership.

Engels contended that the first hunter-gatherer nomads lived in primitive communal societies, and that these societies were largely matrilineal. There was no concept of family, but the need to reproduce necessitated divisions in labor; women are less efficient hunters when they are pregnant and so take up gathering and community-based tasks, while men are more often found outside the community.

The advent of agriculture gave rise to the concept of private ownership. The main source of production shifted from nature towards land that had to be worked on, and animals that had to be taken care of; the physical demands of labor meant men would more often than not find themselves working the fields while women worked within the communities they lived in.

This resulted in two things. First, private ownership gave rise to a new division of people – between land-owners and those who worked the land. Class society was born.

Secondly, private ownership necessitated questions of inheritance, and with it, the creation of families. Inheritance was decided along male lines, owing to their place in production, at the expense of women and their place in society. The rise of class society also coincided with the fall of women in that society, said Engels.

Thus we circle back, thousands of years after the first seed was knowingly planted on the ground in ancient Mesopotamia. Women and the LGBT in contemporary society, from semi-feudal and semi-colonial states like the Philippines all the way to the most advanced imperialist nation like China or the United States suffer twice daily: first due to class exploitation, and once more due to patriarchy.

And this is where rape culture finds its home today. The combination of backwards tradition, capitalist commodification, and class contradiction all help create a culture where women are not only sidelined but are crushed by a vice and deprived of their right to voice out, to quote Alexandra Kollontai. Rape culture and bourgeois society are inherently linked, because both enable a system where a patriarchy, or a religious institution, or family, or the bourgeois class dominates the lives of women.