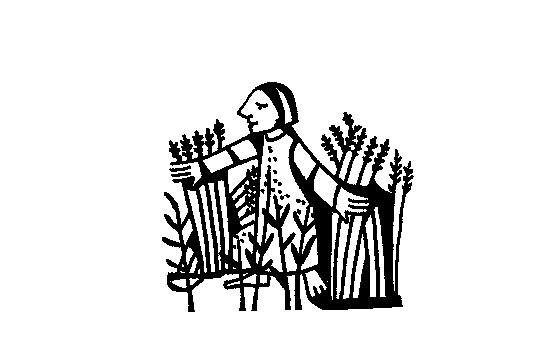 For a farmer, the answer of the landowner, “Let both of them grow together until the harvest” is very disturbing and is unexpected. Naturally, weeds should be taken away from the wheat every now and then. That is what should be the case. In this parable, it is not. Maybe it is expected as it is a parable anyway. The disciples were lucky enough that they could ask Jesus the meaning of the parable and can hear from him directly what does it mean. But for the crowd who listened, they were left puzzled or not to give attention to it. But there must be one group among them that is directly affected and can easily get the idea, the actual landowners of the farmlands in Israel.

In the society of the Israelites, the landowners of the farmlands are also the powerful people who are, if not the leaders of the community themselves, are the collaborators of the leaders including the religious leaders appointed by the czar of Rome. Systemically, they are helped or protected with the puppets of the Roman Empire, the Roman Governor like Pontius Pilate and the Kings like Herod. In place also are the councils – the Sanhedrin – and together with the Roman legions and soldiers, they kept the order of society for the benefit of the rulers.

As the farmers and landowners, the leaders of the land are quick to decide to take away the lives of those whom they considered the weeds in the society – those who they branded as sinners, those who did not follow their will, or those who just did not perform well as their subjects. They are quick to decide who were to be killed, to be imprisoned, and to be sent in exile so to protect the status quo, even at the expense of the people. Among the listeners, the landowners were the most affected because they were acting contrary to the order of the land. Jesus painted and described them as those sowed by the devil.

The landowner of the parable, of course, is God himself who according to the teachings of Israel is the source and the owner of life, the whole of creation, and everything on it. He is not quick to decide but waited with patience until the harvest time to finally separate the wheat from the weeds.

Jesus as the sower, sowed the seeds or the message that in the days to come, those who listened and lived a life according to the will of God will triumph even among the wicked and the evils in the society – who, in this time, were Israel’s landowners, the leaders, and those who are in power.

It should not be understood as just letting the wheat and the weeds grow. But it is a battle between the wheat and the weeds, the people who listened to God, and those who receive orders from the devil. It challenges the Israelites to see the devil’s representatives in their own society and should triumph over them in due time.

In our societies of today, we can easily and vividly see whom Jesus was referring to thousands of years ago. The ownership of land is in the hands of the powerful people – the landed elites, the mighty corporations that exacted money out of the hard labor, sweat, and blood of the oppressed. They are the bureaucrats, the people in the governments who governed as if the fate of the people is in their hands to give or to put to an end. They assumed the role of God who gives and takes life – the God whom we believe is the creator of men, women, and children as the Israelites do. Sadly though, many of these people are believers or claimed to be or maybe pretending to be believers of the God of life. Worse, many of their subjects are also believers and religious but followed their orders, their evil orders against the oppressed people of God who have been suffering for decades from utmost poverty.

We are challenged today to be the wheat sowed by Jesus into the world. But we can only respond to this challenge when, like Jesus, we know who among our societies are the weeds sowed by the devil. Only then can we begin growing among them. We must then strive to triumph over them and not just wait for the end of time. Let us speak and do like Jesus, who was not only the sower, but the very message and the doer in one. We must act now!