BY RAYMUND B. VILLANUEVA

The Mindanao Interfaith Services Foundation Inc. (MISFI) Academy in Sitio Laburon, Brgy. Matupe, San Fernando was attacked and destroyed by around 50 members of paramilitary group ‘Bagani’, the network said in an alert Saturday.

The group said two teachers tending to the school farm were alerted by students at around 7:15 in the morning that armed men have trespassed the school campus.

The school was 15-minutes away from the farm.

The teachers saw the paramilitary group destroying the school buildings and tearing up textbooks. 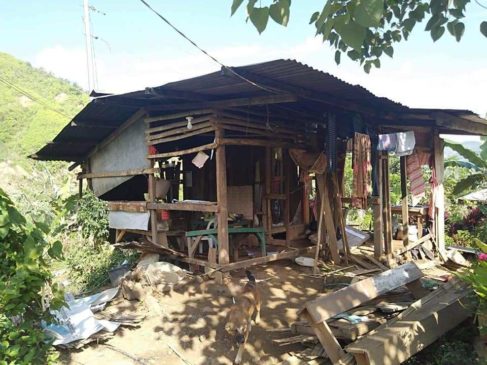 “The teachers were about to take photos of the incident but were threatened by the ‘Bagani’ leader Lito Gambay, who told them to leave as President (Rodrigo) Duterte will know about this,” the SOS said.

Students and community members cried out of frustration as their school was being destroyed before their eyes, the SOS added.

The two school buildings and teachers’ cottage was built in 2007 from donations by the European Union Aid for uprooted people. 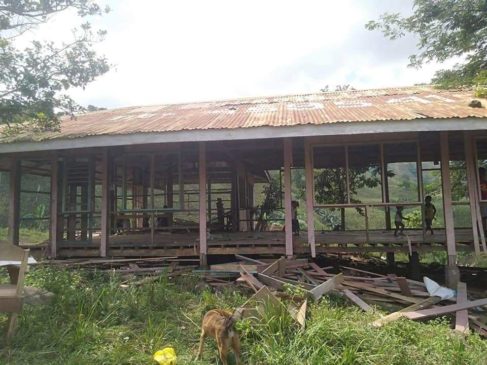 The main school building after the attack. (SOS photo)

The SOS said the ‘Bagani’ paramilitary is under the command of the 89th Infantry Battalion Bravo Company of the Philippine Army which has set up camp in Brgy. Kalagangan, San Fernando, 30-minutes away from the school.

“The Save Our Schools condemns in strongest terms the unabated destruction and closure of Lumad schools in Mindanao. As of August 2020, around 178 lumad schools are now forcibly closed,” the group said.# 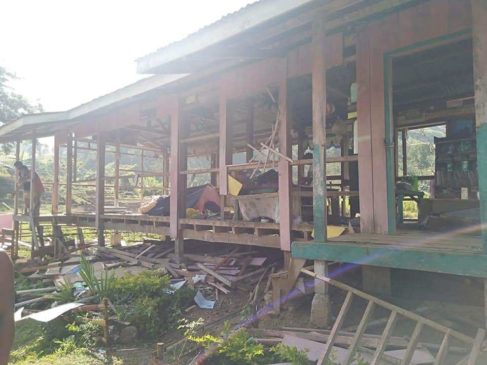 Another view of the destroyed school building after the attack. (SOS photo)