You Are Here: Home → 2020 → September → 7 → Lloyd Cadena, the influencer who genuinely cared for the poor

Lloyd Cadena, the influencer who genuinely cared for the poor 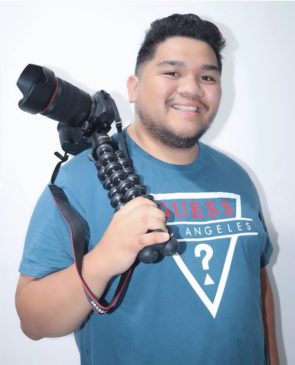 More than the pink-walled memes and the wit and pun he showcased through his vlogs, 26-year old YouTuber Lloyd Cadena’s legacy included extending hands to people in need.

YouTube community and avid Cadenators were blown away by the news of Cadena’s passing on Friday, September 4.

Cadena’s family confirmed that he tested positive for COVID-19. He suffered from a heart attack while asleep.
“Lloyd was confined in the hospital on September 1 due to high fever and dry cough. He was tested for COVID-19 on the same day which the result came out positive on September 3,” his family explained. “On September 4, 5am he was seen by the staff unresponsive and pale looking. As informed by the doctor, he suffered a heart attack while asleep. He was cremated yesterday and his remains is in our house in Cavite in the meantime.”

Cadena pioneered his YouTube career way back in 2010 and since then he has never stopped giving back to the community and helping people in need.

He helped victims of the Taal Volcano eruption, gave away relief packs to the community amid the lockdown, and also extended help to our frontliners. Lloyd also has a soft spot for kids. He had been consistently giving away school supplies and even reached out to Aetas in Pampanga.

Aside from being a natural comedian, his genuine kindness and generosity was what separated Lloyd from all the YouTubers in the Philippines.

A loving son, a doting brother, a generous friend

How would you describe Lloyd? ? pic.twitter.com/5rsBgJG4JE

Mark Averilla, most commonly known as Macoy Dubs or Auntie Julie and Cadena’s fellow Letranista mourned over the passing of his “mamu.”

“As you may know, Lloyd Cadena is a Financial Management graduate of Letran. We worked together in Alyansa Letranista and the Letran Student Council kaya kami naging close. This is a sad day for Letranites and to those who love him. Let’s pray for his soul. 2020 tama na, please.”

So sad ? RIP Lloyd, you will be missed ? Sending my prayers to his family and friends during this difficult time. https://t.co/V1RvOfAOko