You Are Here: Home → 2021 → February → 10 → Lawmakers urged to prove independence as Duterte plans to veto any new franchise for ABS-CBN 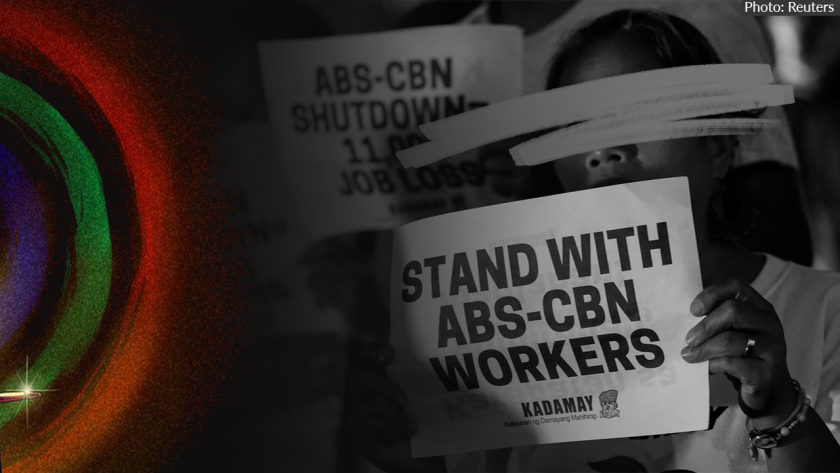 MANILA– The National Union of Journalists of the Philippines (NUJP) said President Duterte’s recorded statement on Monday, saying he will ignore any franchise granted to television giant ABS-CBN until its owners have paid their taxes, only proves that its shutdown was nothing but a personal vendetta.

In a statement, the media group dared lawmakers to prove its independence as a co-equal branch of the government by granting the network a new franchise and by overriding the President’s veto should the new franchise gets approved.

“Perhaps it is not too late for the members of the House of Representatives to salvage their reputations, to prove that they are what the Constitution charges them to be, members of a co-equal and independent branch of government, and no longer the willing accomplices to the continuing siege on press freedom and all our other rights and liberties,” said NUJP.

Since the start of the year, lawmakers from both the House of Representatives and the Senate filed bills seeking to revive the broadcasting franchise of ABS-CBN. This includes Sen. Vicente Sotto III’s Senate Bill No. 196, where he stated that despite the shutdown, the television giant remains as the Philippines’ largest entertainment and media network.

Similarly, Batangas 6th District Rep. Vilma Santos-Recto filed a bill in the House of Representatives. Under House Bill No. 8298, she stated that the network has been committed to reaching out to as many Filipinos as possible by delivering their quality programs closer to our countrymen.

Duterte, however, apparently remains determined to keep the network from operating.

“If they want to give them another franchise, I have no problem with that,” said Duterte, “But if you say that they can operate once they have it, no. I will not allow them.”

He then added that he will not allow the National Telecommunications Commission (NTC), an office directly under the jurisdiction of the executive branch, to grant the network the permit to operate.

“(Letting them operate) is like giving them (Lopezes) a price for committing criminal acts,” Duterte claimed without providing any proof.