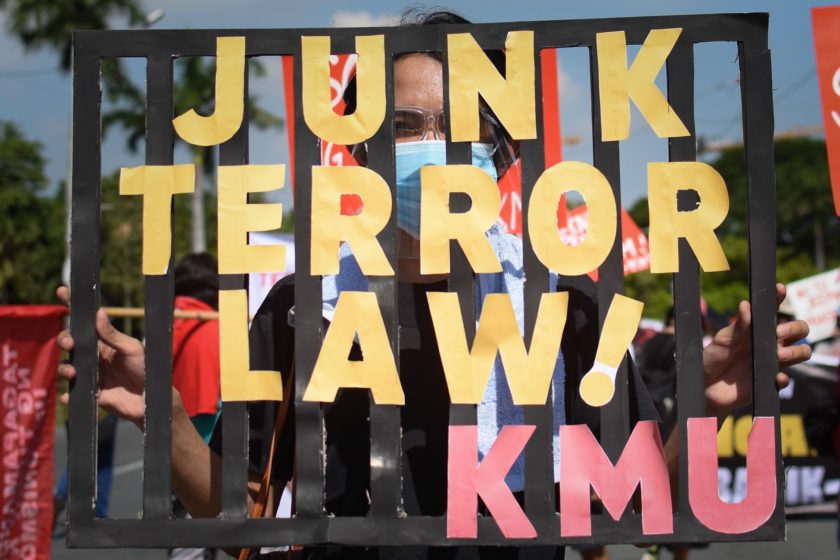 MANILA – On the third oral argument, petitioners against the Philippine terror law raised before the Supreme Court the longer period of detention without charges under Anti-Terrorism Act.

A person may be detained for 14 days, and extendable to 24 days without neither an arrest warrant nor charges filed, according to ATA.

The said period is way much longer than what is allowed under Article 125 of the Revised Penal Code, which is between 12 to 36 hours, depending on crimes or offenses that they are accused of committing.

Lawyer Jose Manuel Diokno said this may be considered as a warrantless arrest, which is allowed under the Philippine Constitution if, among others, the person is caught on the act. Hence, the extended period that the ATA stipulates is no longer needed to build a case.

Edcel Lagman, a lawmaker and one of the lawyers arguing during the oral arguments, also pointed out how the supposed safeguards of the Philippine terror law are but illusory.

The written notice to be provided to judicial bodies such as the court and the Commission on Human Rights for arrested individuals will not be done under oath. As such, those who will dare to fabricate these written notices may not face any accountability.

On the issue of the automatic adoption of the United Nations terror list, Justice Amy Javier, for her part, said that it is better to err on the side of caution than play with fire. Lawyer Evalyn Ursua, however, acknowledges that while the fight against terrorism is noble, the Philippine government cannot resort to shortcuts and pass laws that violate human rights.

There are 37 petitions filed questioning the constitutionality of the terror law, making it one of the most contested before the high court.

Last week, the Supreme Court dismissed the petition for intervention filed by the two Aetas, who were tortured into admitting they are New People’s Army members and were consequently charged with multiple charges, including violations of the terror law.

In the first two oral arguments, petitioners asked the Supreme Court to declare the terror law as unconstitutional before it causes more harm than the evil it is supposed to fight. The law’s definition of terrorism, they argued, suffers from overbreadth and impermissible vagueness.