On the 35th anniversary of people power, groups say no to Duterte’s tyranny

MANILA — Thousands marched along EDSA to commemorate the 35th anniversary of people power uprising which toppled the Marcos dictatorship.

Protesters led by Bagong Alyansang Makabayan held a program in front of Camp Aguinaldo, headquarters of the Armed Forces of the Philippines, condemning what they called as Duterte’s tyranny.

In her speech, Anakbayan Spokesperson Jeann Miranda said that President Rodrigo Duterte has surpassed the record of the late dictator Ferdinand Marcos when it comes to extrajudicial killings.

For human rights alliance Karapatan, remembering the legacy of the EDSA People Power uprising is “more urgent now with the Marcoses announcing their nefarious plans to further creep back to power and in the face of another murderous dictatorship under Duterte.”

“Now more than ever, we must not only forget: we must assert our right to fight back — to defy and resist this unbridled and worsening assault on human rights and democracy,” Karapatan Secretary General Cristina Palabay said.

Before noon, a Run Sara Run motorcade passed by, which the protesters booed.

Raymund Villanueva of the National Union of Journalists of the Philippines (NUJP) said in his speech that the Filipino people do not want another Duterte in Malacanang, referring to the president’s daughter.

The protesters marched toward the People Power Monument and sang “Bayan Ko,” which became popular during the struggle against Marcos dictatorship. 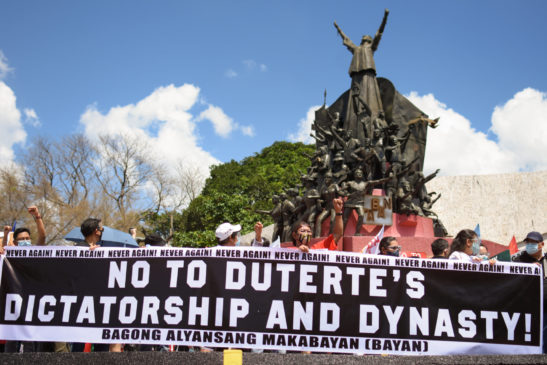 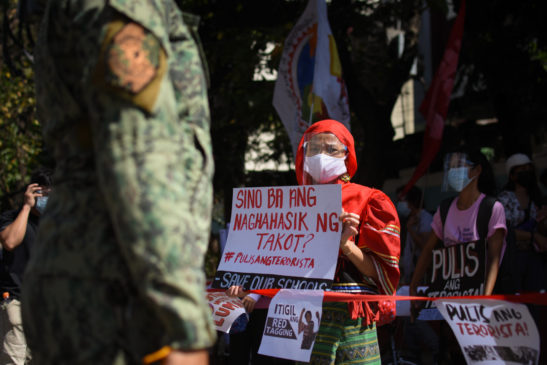 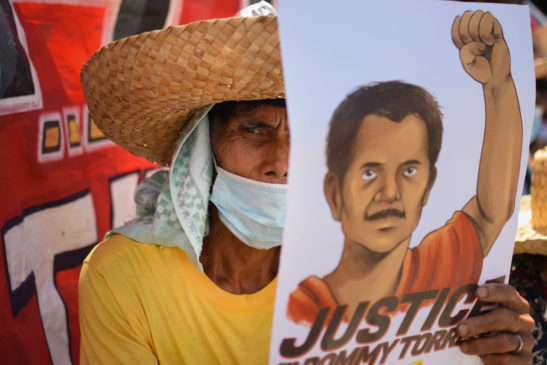 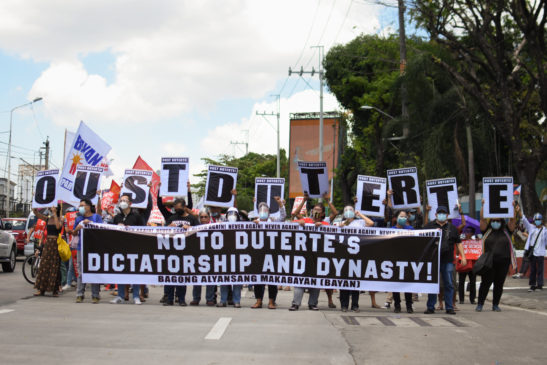 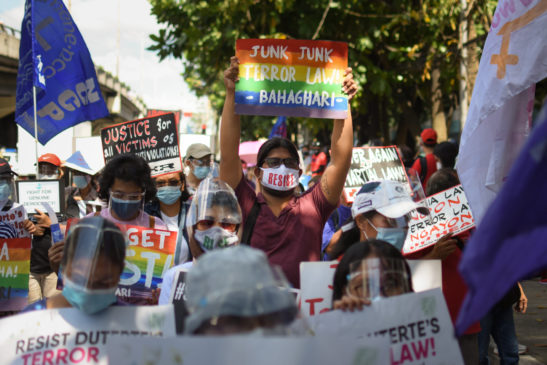 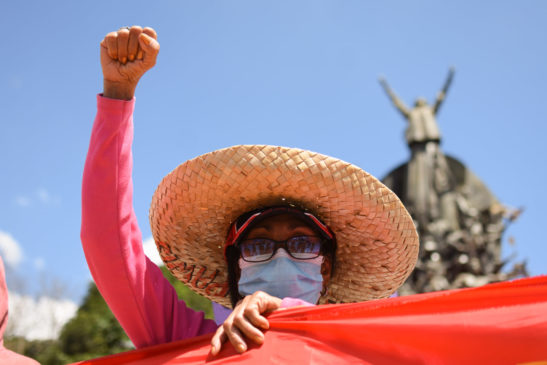 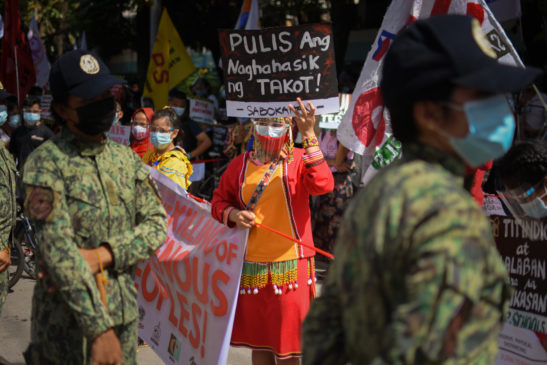