You Are Here: Home → 2021 → March → 8 → After Bloody Sunday, lawyers’ group asks SC to act on the ‘pattern of defective search warrants’

After Bloody Sunday, lawyers’ group asks SC to act on the ‘pattern of defective search warrants’ 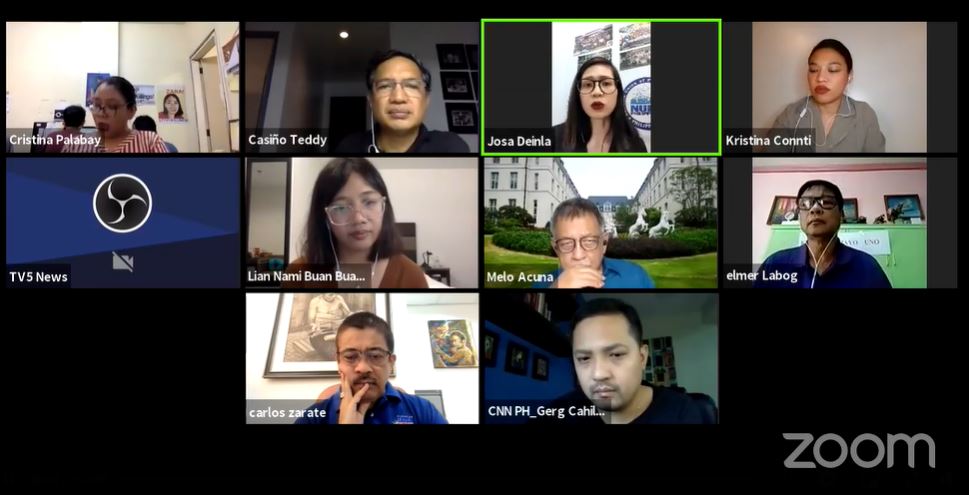 MANILA – The National Union of Peoples’ Lawyers (NUPL) called on the Supreme Court to review its administrative order that allows executive and vice executive judges to issue search warrants, which leads to the arrest and even extrajudicial killings of human rights defenders and activists.

NUPL Spokesperson Josalee Deinla reiterated this appeal in an online press conference, March 8, a day after nine progressive leaders were killed and six others were arrested in Southern Tagalog region.

Renato Reyes Jr., secretary general of Bagong Alyansang Makabayan (Bayan) said it is time for the SC to step in since there is a pattern of abuse in using search warrants.

“This is not enforcement of the law anymore, this is wild, wild west where they just kill without distinction,” Reyes said.

Dela Rosa is also the same judge who issue search warrant which resulted in the killing of nine Tumandok in Panay.

He said that judges like Dela Rosa are complicit in the killings and arrests of innocent people. He added that it is not right that the judges will not be held accountable.

“These judges are responsible for the killings of people because they issued search warrants used to justify the entry into the premises of these activists,” Reyes said.

Deinla said charges can be made against judges who evidently, by fault or negligence, issue improvident search warrants.

She called on judges to be more circumspect and thoroughly vet the application of a search warrant. A probable cause is not enough to issue one, she added.

“Judges should carefully look into the applications for warrants, especially if the police’s narrative is unbelievable,” Deinla said, citing the case of the 61-year-old Nimfa Lanzanas.

Lanzana was with her three grandchildren when police allegedly found firearms and explosives in her house in Calamba, Laguna.

Deinla reiterated that SC should be proactive and not wait for cases to be ripe before taking action.

Reyes belied the police’s claims, saying that all those who were arrested and killed are members of legal organizations and not members of the New People’s Army. He said the victims were killed and accosted in their residences, except for Bayan-Cavite Secretary General Emmanuel “Manny” Asuncion, who was killed in the Workers Action Center office in Dasmariñas, Cavite.

“Being members of the left is not a basis to kill or arrest them. They are not even committing any crime at the time of their arrest,” said Reyes.

Kilusang Mayo Uno Chairperson Elmer Labog also refuted the claims of the police that a “chase” happened before Asuncion was killed in the WAC office. The search warrant against Asuncion indicates his residence in Rosario, Cavite.

Charmane Maranan of Defend Southern Tagalog said the police were in Asuncion’s house in Rosario, Cavite at about 4:00 a.m. and were at the WAC office in Dasmariñas at 5:00 a.m, according to the witnesses. The witnesses said that they heard gunshots and the next thing they saw was Asuncion being taken away from the area of incident.

Cristina Palabay, secretary general of human rights group Karapatan, also said that a video taken during the search operations in the house of executive vice president of OLALIA-Kilusang Mayo Uno Esteban Mendoza proves that the latter is willing to cooperate with the authorities.

In the video, Mendoza is asking the authorities to show him the search warrant, and to wait for the barangay officials who are authorized to witness the conduct of search.

Palabay noted that the Bloody Sunday in Southern Tagalog is the same template used in the arrests in Negros and Manila last year where all search warrants were served at early morning at 4:00 a.m. to 5:00 a.m.