“We continue on, but we will never forget.”

MANILA — Journalists and media workers of television giant ABS-CBN held an online solidarity night on May 5, a year after the network was denied its franchise to air on free television.

“There is still pain whenever I recall what happened in the past year,” Mycle Mella, a former employee of its Regional Network Group in Bicol, said during the program organized by the ABS-CBN chapter of the National Union of Journalists of the Philippines (NUJP).

Mella was among the thousands of retrenched workers after the National Telecommunications Commission issued a cease and desist order last year, and Philippine lawmakers eventually voting against the network’s franchise renewal.

The network shutdown is reminiscent of the Marcos dictatorship, critics said.

“A lot of things happened; I got married and had COVID. I do miss it but I need to accept that this chapter in my life has been halted,” said Mella, who now works for a private hospital in Bicol.

Queenie Casimiro of RNG Zamboanga said that “Apart from the COVID that hit the country, it was the ABS-CBN shutdown that really affected and broke me.”

Former network employees took turns in sharing how the shutdown affected them during the online program hosted by Kori Quintos and Elmer Chavez. Hope remains fervent for the network’s franchise to be renewed.

ABS-CBN’s Chief Executive Officer Carlo Katigbak, on the other hand, expressed his gratitude to those who supported the network’s plight.

In the digital world

Casimiro said that while ABS-CBN is no longer on free-TV, it continues to soar via its digital platform.

Since the shutdown, the network focused on distributing contents via its cable and digital platforms and eventually entered into blocktime contracts with other networks, particularly for their entertainment shows. 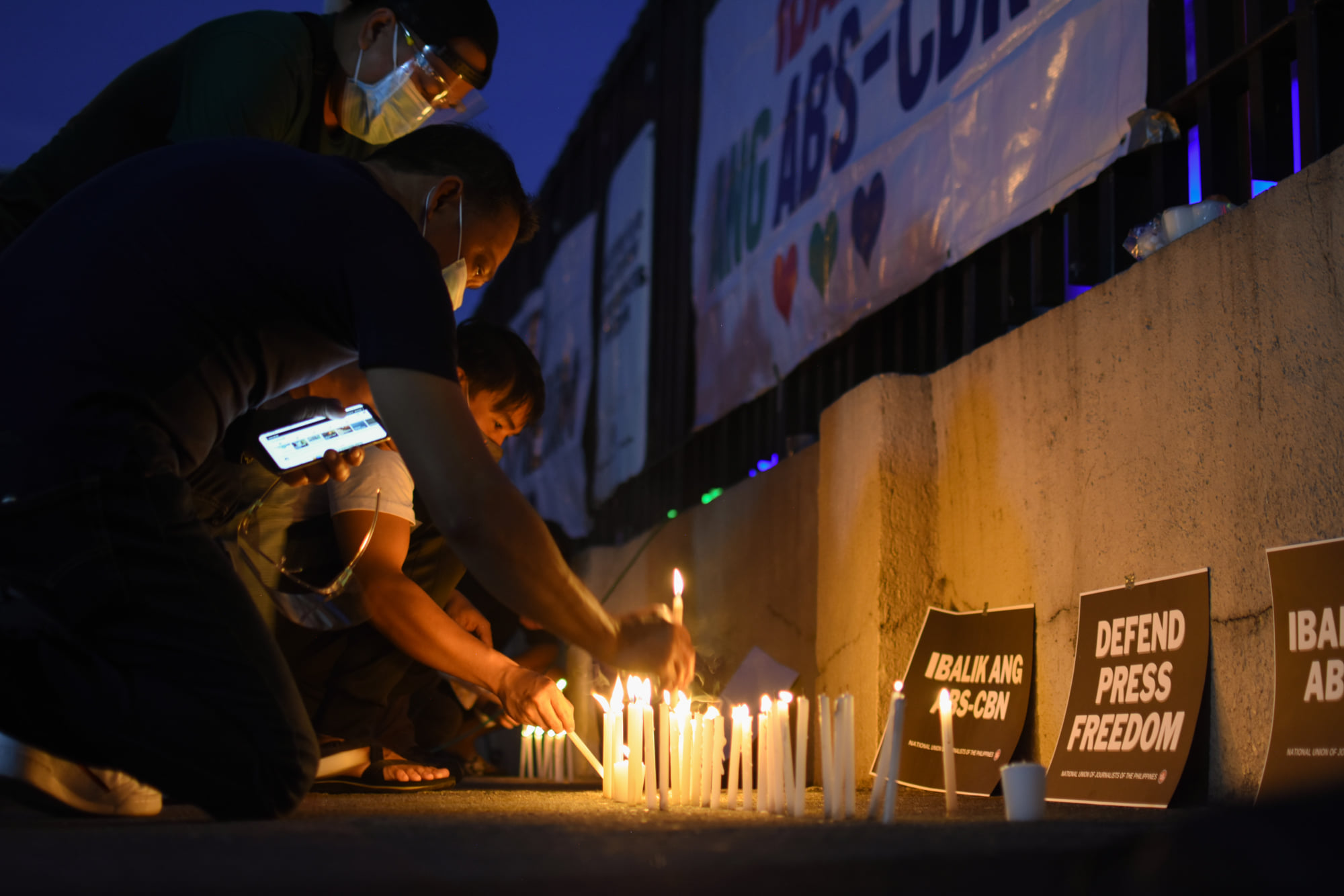 Offline, ABS-CBN workers and their supporters, along with media colleagues, gathered in front of the network for a prayer and candle lighting.

In a statement, NUJP said that the network plays an important role in information dissemination, particularly in far flung areas and communities where ABS-CBN is the only source of information the people can access for free during calamities.

In a statement, International Association of Women in Radio and Television- Philippines (IAWRT) vowed to continue to support the return of ABS-CBN.

“We continue to stand with our sisters, fellow women, truth tellers, and all media workers in ABS-CBN. We stand with the Filipino people, whose voices have been silenced by a promise to shut down one of the country’s biggest networks,” IAWRT Philippines said.

The #LabanKapamilya and #IbalikAngABSCBN were among the top trending topics on Twitter on Wednesday.