A look at the attacks against lawyers and judges

MANILA – Supreme Court justices questioned government lawyers on the practice of red-tagging during the oral arguments on the Anti-Terror Act of 2020 on May 11.

Red-tagging is among the issues raised by petitioners opposing the law. They asserted that red-tagging results in more serious human rights violations, even death for activists.

Because of this, the National Union of Peoples’ Lawyers (NUPL) and human rights group Karapatan filed separate writs of amparo and habeas data with the SC, which later on were dismissed by the Court of Appeals without even hearing the testimonies of witnesses.

The NUPL has also repeatedly sought the intervention of the SC to act on the rising cases of killings of lawyers and judges. 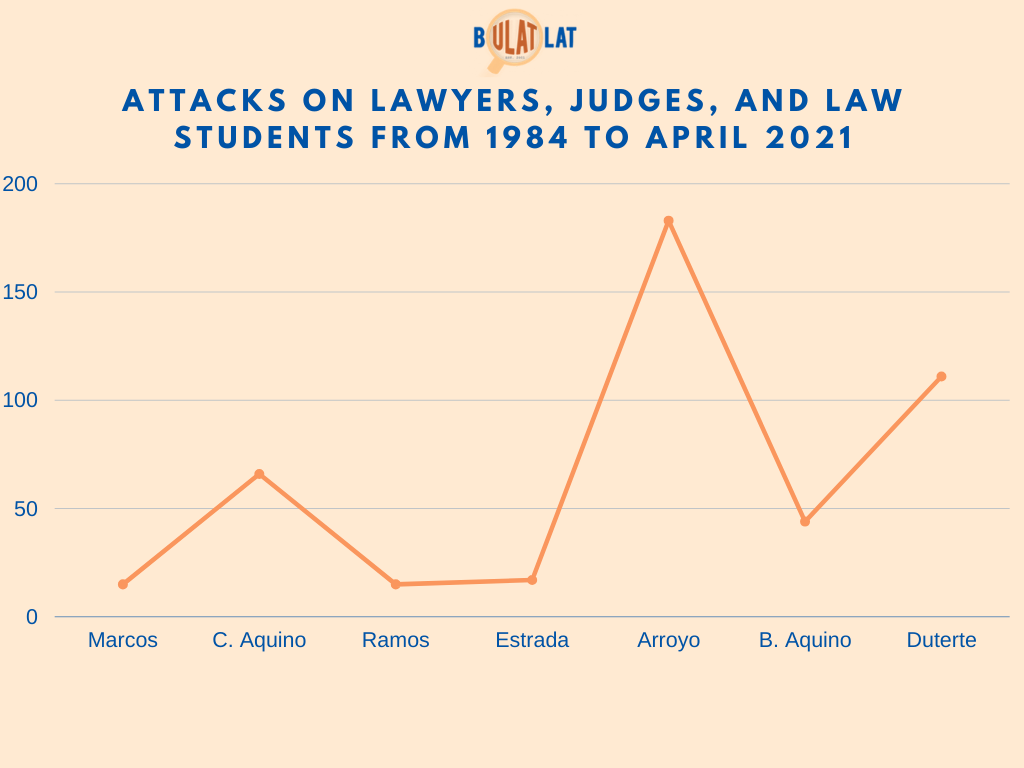 Also based on this data from the NUPL, the most common forms of attack against lawyers, judges and law students from 1984 to April 2021 are threats, harassment, intimidation and surveillance. 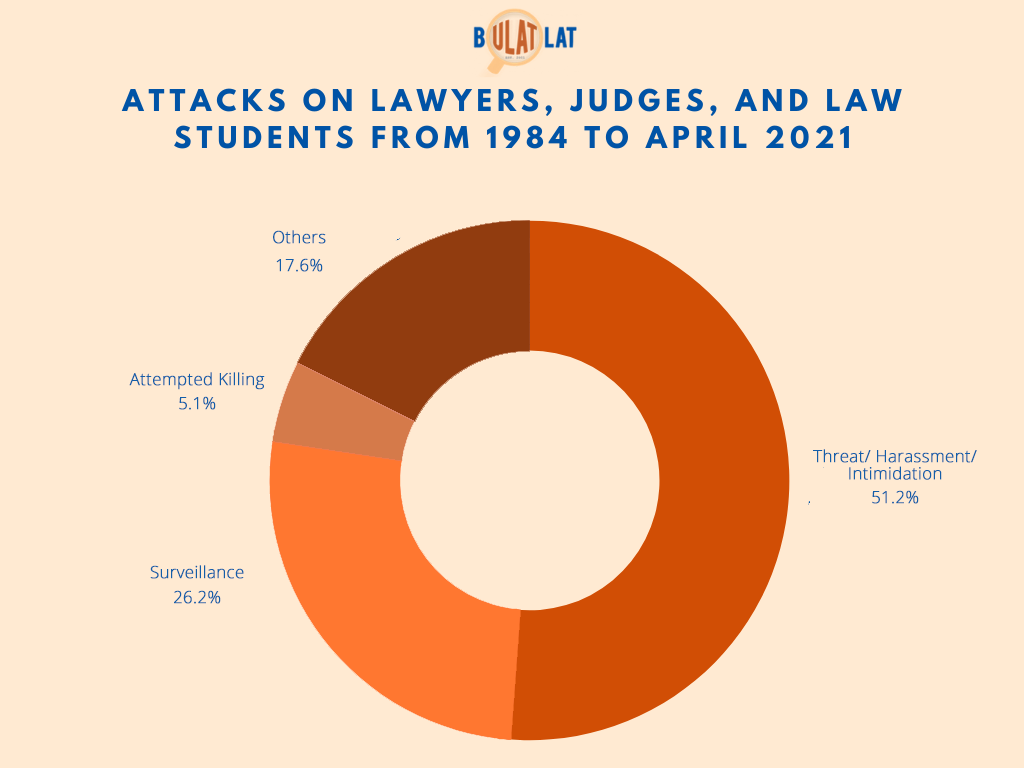 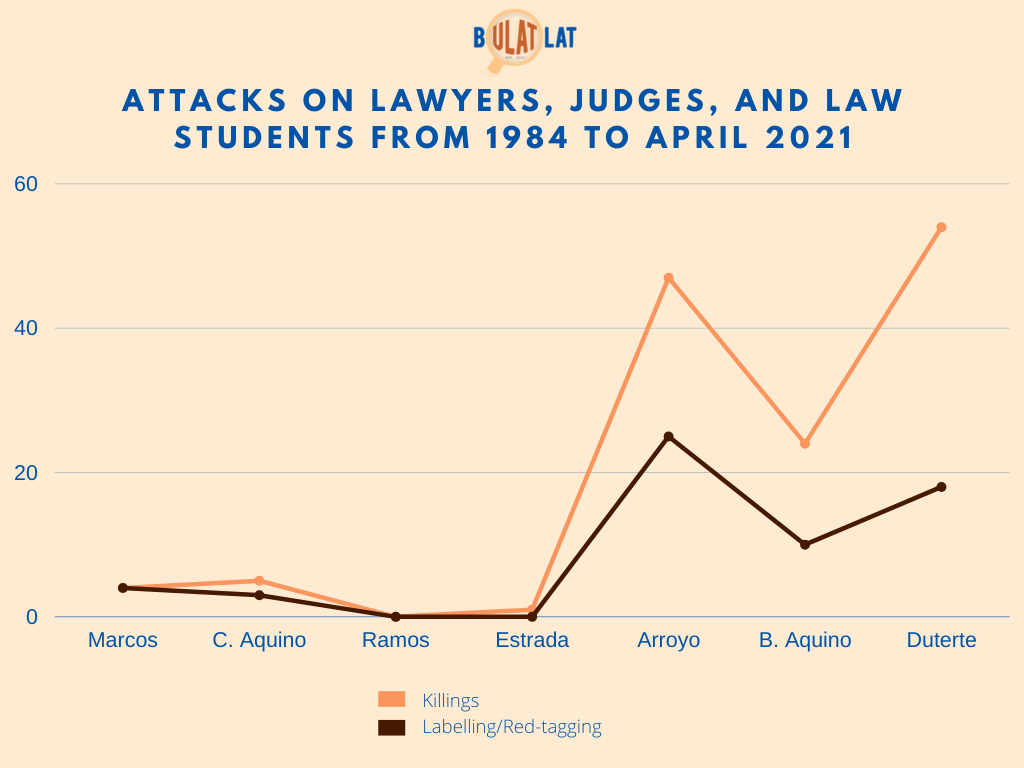 Among the cases he handled were labor disputes and human rights violations.

Fast forward to Nov. 6, 2018, human rights lawyer Benjamin Ramos was killed in Kabankalan City, Negros Occidental. Before the killing, Ramos was accused of being a member of the Communist Party of the Philippines and the New People’s Army (CPP-NPA). He also handled human rights violations cases. Before his death, he was handling the case of the Mabinay 6.

Less than a year later, on July 23, 2019 another human rights lawyer, Anthony Trinidad was killed. Prior to his killing, his name was reportedly included in a hit list allegedly by an anti-communist group called Kawsa Guihulnganon Batok Komunista (Kagubak). He was also tagged as supporter of the communist group.

Last month, the SC condemned the attacks on lawyers and judges and lined up courses of action to prevent attacks against officers of court.