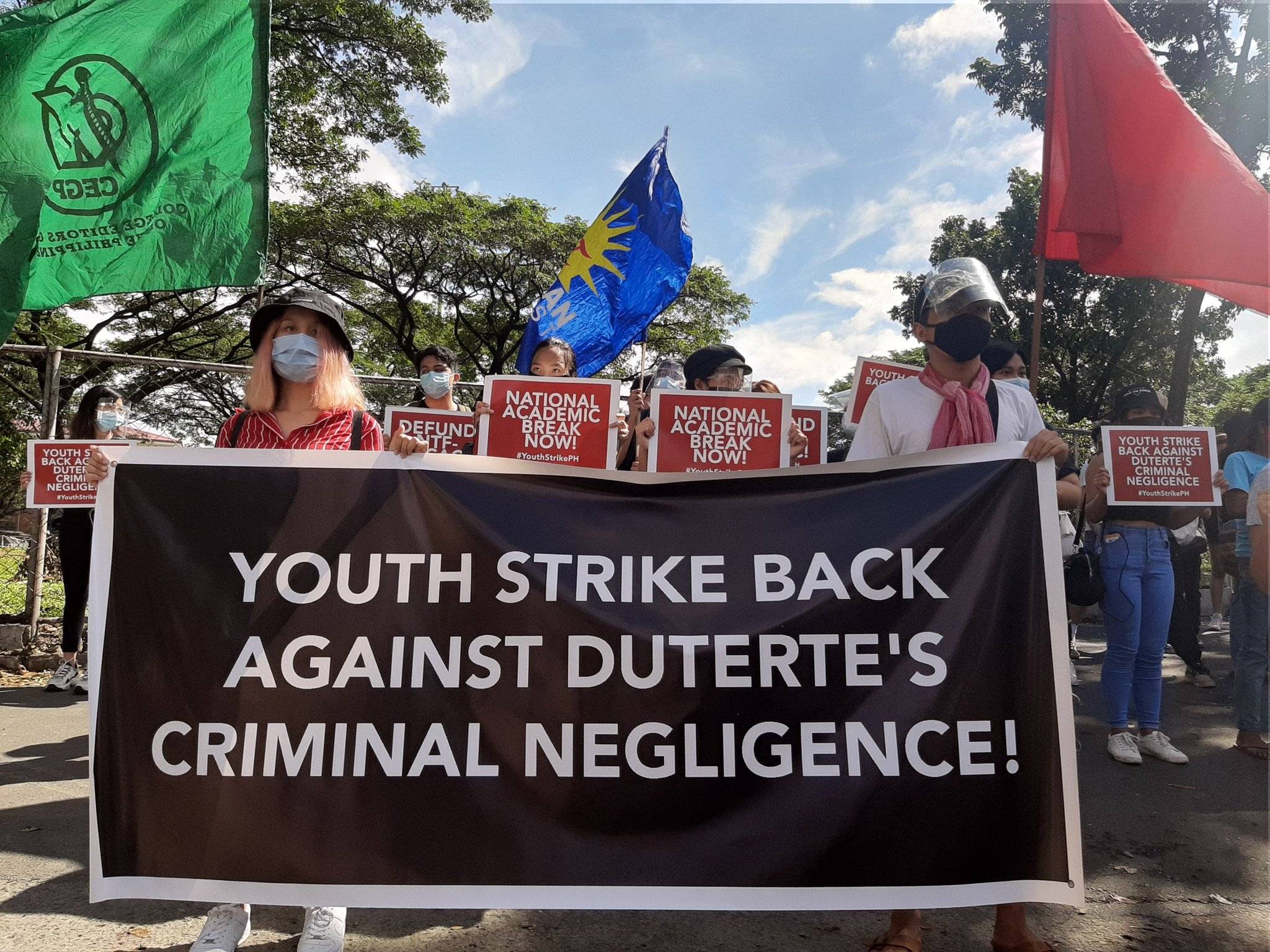 “It would be a long process especially if the child and parents have opposing political views but the important thing is for these children to never get tired of calmly talking to their parents. Being patient and humble with them in reminding them the reason why we became activists in the first place.”

MANILA — Being a mother to a youth activist in the Philippines is not a walk in the park.

Youth activists have stood up, called out the government for its failure to address the pandemic and poverty, and for human rights abuses. They have organized their ranks to press for the rights and welfare of Filipino youth and students.

And for these, they have been subjected to various forms of rights abuses, including threats, and red-tagging. Such circumstances could bring endless worries and sleepless nights to any parent.

“At first I did not give my permission because he could be singled out by the government. But after a while I became proud that I have an activist son who has principles and causes that he champions,” said Fe Roferos, mother of Jandeil Roferos, president of National Union of Students of the Philippines (NUSP).

On May 9, mothers of young activists spent their special day to share how it feels to be parents of those who dare to speak truth to power in an online discussion organized by the Youth Act Now Against Tyranny, an alliance of student councils, organizations, publications and community-based youths.

“His concern for the poor made me proud of my son. I did not approve of it at first because I was far from him but he relieved me of all worries, saying he can take good care of himself,” said Narcisa Gallego, mother of Jerwin Baure, chairperson of youth group Agham-Diliman.

Attacks against the youth

Under the Duterte administration, mothers have every reason to fear.

In 2020, human rights group Karapatan documented six youth activists extrajudicially killed, 12 minors killed, and one minor forcibly disappeared under the Duterte administration. The data exclude those who have fallen victims to the deadly drug against illegal drugs that only targeted the poor.

Mothers turn to prayers every time, including Rufina Elago, mother of Kabataan Partylist Rep. Sarah Elago. Another mother shared that they fear how health protocols can be used to abduct their children.

Last month, two young activists were brought to a village facility in the guise of a random swab test. They were then met by their parents who were accompanied by members of the National Task Force to End Local Communist Armed Conflict and were forced to return home.

“It would be a long process especially if the child and parents have opposing political views but the important thing is for these children to never get tired of calmly talking to their parents. Being patient and humble with them in reminding them the reason why we became activists in the first place,” said Carol Araullo, chairperson of Bagong Alyansang Makabayan, during the online forum.

Youth activists have always played a significant role in nation-building. They have joined and led social movements, including one that toppled the Marcos dictatorship. Some of them, recalled human rights lawyer Tony La Viña in his 2019 column, were martyred during those dark years and are now hailed as heroes.

But, he added, “none of us parents want that for our children.”

But mothers, during the online forum, shared that they have learned to trust their children and their ability to make the right decisions. Even if that meant that they take the road less travelled.

“Why does he need to join these rallies when we are okay financially and I do not see anything wrong with the government. But how about others whose voices are not listened to? My son’s aspirations are important to communities. We have to start somewhere,” said Met Lunzaga, mother of Tristan Buenaflor, deputy spokesperson of the Student Christian Movement of the Philippines.

In their hearts, they knew that their children were not doing anything wrong. Their aspirations for genuine change, one mother said, will never translate to reality if they will cower in fear as parents.

Of understanding and acceptance

Clarizel Joy Abellar, whose son Raoul Manuel is the spokesperson Kabataan Partylist, said being a mother of an activist means learning the social issues their children are fighting for.

“To serve, to give back, to pay it forward as a mother is also a way of allowing our children to serve the people.” Abellar said.

If at all, Abellar feels blessed that his son “is an activist and I am an activist mother.”