‘We deserve better’ | Groups have had enough of Duterte 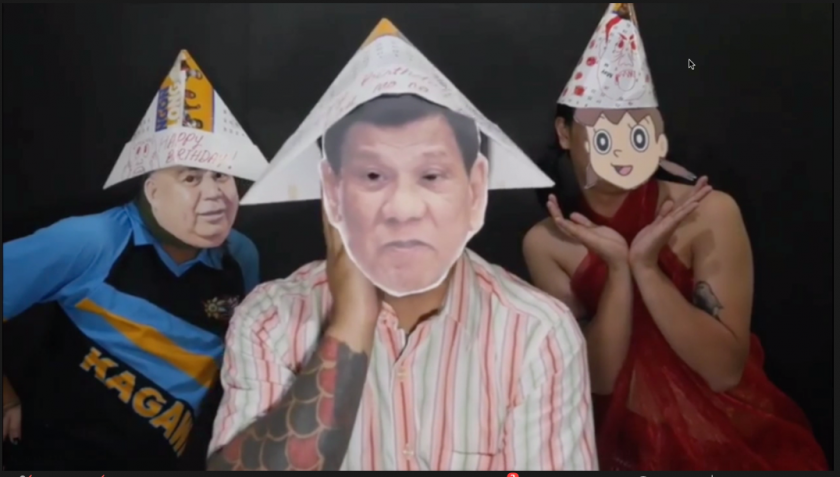 These were the words of Casey Ann Cruz, daughter of a Filipino nurse who died of the dreaded COVID-19 last year.

Cruz was among those who joined the online launch of the Duterte Wakasan Movement today, June 3.

The movement, composed of church leaders, progressives, cultural workers, to name a few, called for an end to the Duterte administration and his failed programs and policies.

This, amid apparent attempts of the present administration to perpetuate itself beyond the next national elections.

Earlier this week, the president’s political party held an assembly to urge President Duterte to run as vice president even with Duterte’s repeated threats to resign from the highest public post for the past five years.

Reports have surfaced that his daughter, Davao City Mayor Sara Duterte-Carpio, per the pronouncements of lawmaker Joey Salceda, will run for the presidency next year. The announcement came after she met the Marcoses on her birthday last May 31.

President Duterte has been repeatedly criticized for his pandemic response, which focused heavily on imposing strict lockdown while failing to increase capacities on mass testing and isolation, and the provision of due treatment and quarantine for patients and those suspected of contracting the virus.

Vaccine rollout has been particularly slow, with the target herd immunity still far from being achieved.

Award-winning actor and director Bibeth Orteza said that it is difficult to grieve when the same dire conditions continue to plague health workers. Orteza’s brother, who was a doctor, died of COVID-19.

Orteza, also chairperson of the Concerned Artists of the Philippines (CAP), highlighted the lack of up-to-date data on the number of new cases as the government’s daily bulletin often lacks a good number of laboratories failing to turn over their reports on time.

Edelina Dela Paz, a community medicine advocate and chair of Health Alliance for Democracy, said the government has resorted to blaming the poor and vilifying them as “pasaway” (stubborn).

In calling for Duterte’s resignation, Dela Paz said it also translates to doing away with the present pandemic response and its militaristic approach.

Fr. Danny Pilario of St. Vincent School of Theology, who works with urban poor communities, said during the Wakasan movement launch that they know residents who were killed in the name of the government’s fight against illegal drugs.

Some, he said, were killed in front of their children. Others were on their knees, begging for their lives.

Apart from drug-related killings, the movement also called on the public’s attention to extrajudicial killings, arrests, and red-tagging of activists. This, instead of meeting their demands to due financial assistance, as in the case of farmers who have yet to receive their production subsidy or the workers who still reel from contractualization.

“Why do they listen to capitalists when they decry profit loss? But when workers seek redress, our grievances fall on deaf ears,” said union leader Francisco Manaog, adding that Duterte’s campaign promise of ending contractualization never materialized.

Meanwhile, Heather Andres of the Ateneo One Big Fight for Human Rights and Democracy, a first-time voter in the coming 2022 elections, encouraged her fellow youth to participate.

This, she added, is either a passage to a brighter future or a deeper hole for the youth, whom she said are vanguards of the country’s democracy.

The Wakasan movement will hold a nationally coordinated motorcade on June 12.