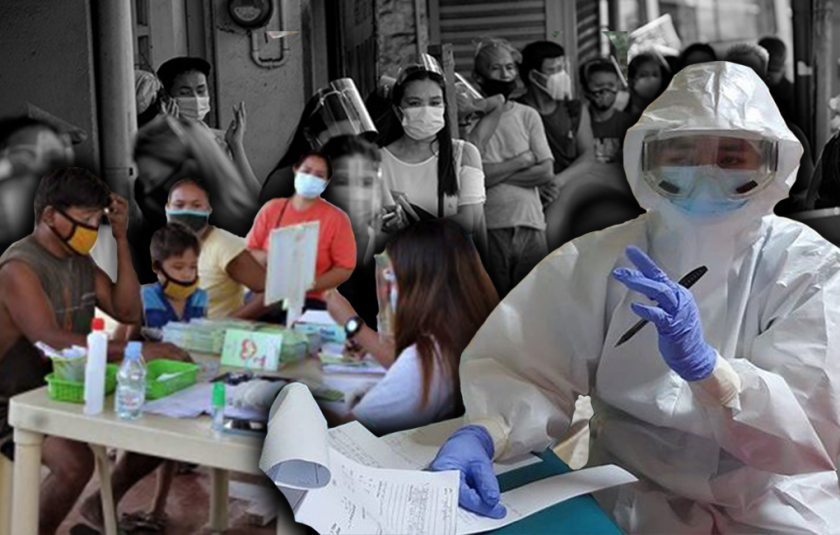 To identify close contacts up to third or fourth degree, community health advocates said that contact tracing has to rely on an already robust public health system which the Philippines does not have in the first place.

MANILA – This week, the health department announced two additional confirmed cases of the more transmissible Delta variant of COVID-19 in Calamba, Laguna, a province south of the Philippine capital. What aggravates the situation is that both of them have been discharged from the hospital over a week ago, tagged as recovered patients.

In a televised interview, the mayor of Calamba wondered how contact tracing may be carried out at this point when time is no longer on their side.

The country’s contact tracing system is not substantially different from what happened recently in Calamba. Despite the calls of public health experts to increase the government’s efforts amid the local transmission of the more transmissible variant, contact tracing remains as the “weakest link” and the “deteriorating” component of the country’s COVID-19 pandemic response.

“It is very slow,” community health advocate and Coalition of People’s Right to Health co-convenor Joshua San Pedro said. “It takes several days to identify an index case and the number of infected persons may have increased by then. We see how contact tracing cannot keep up with the pace of the spread of the virus, and it does not help that testing is also way behind the response.”

As it stands, the close contact ratio from March 15 to 29 in the National Capital Region is at 1:3 while BARMM is at 1:1. Technically, the country’s contact tracing czar admitted, there is no contact tracing there if close contacts identified are within the same household.

Next week, President Rodrigo Duterte will deliver his last State of the Nation address, where he – in between rants and rumblings – may discuss how his administration fared on its global pandemic response.

Budget cut and no system in place

Contact tracing has been incredibly slow in the Philippines, particularly on how it tries to catch up in identifying the Delta variant’s index cases (or patients first reported to have contracted the virus based on the diagnosis of a physician or epidemiologist).

To identify close contacts up to third or fourth degree, San Pedro said that contact tracing has to rely on an already robust public health system which the Philippines does not have in the first place. 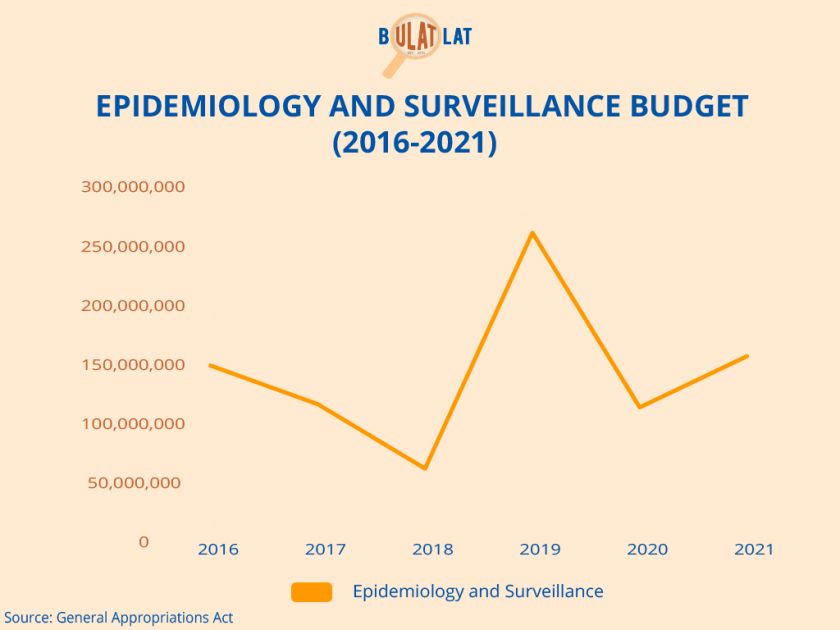 A higher budget, he said, could have helped in tracking other infectious diseases such as polio. With the reduced 2020 budget, however, San Pedro said that the public health system ended up overwhelmed.

The Philippine government’s pandemic response team originally set the contact tracing at 1:37 or even 1:40 in urban areas. This was later reduced to 1:15. Still, efforts on the ground are nowhere near, with a national average of only 1:3 in March 2021.

“We are trying to catch up on infrastructure, in funding, in hiring more people, while at the same time there may be more variants that could crop up in the future. To say that we need to catch up by four times is an understatement,” San Pedro said.

Mark, branch manager of a popular restaurant chain in Tagaytay City (a local tourist destination south of Manila), told Bulatlat in an online interview that health declaration forms are collected from customers daily as part of strict health protocols. These forms are kept for at least 14 days before they are disposed of. Since the pandemic began, however, no one from their local government has contacted them for these forms.

Read: After a year of lockdown: Gov’t mishandles pandemic response

A contact tracer in Cavite said that they identified eight to 12 close contacts per COVID-19 positive patient. They usually call to alert them if they are close contacts of a patient. When their calls are unanswered, they are sometimes forced to go to their houses even if located in remote communities.

San Pedro said that without infrastructure, local government units and private establishments are left on their own. “For the longest time, there is no early warning system. Local governments have their own QR codes, others have declaration forms, and still, others have logbooks,” he said.

But all these, he said, will be pointless if there is no organized way of safely collecting and disseminating the information to those who need it.

San Pedro agreed that, ideally, declaration forms may be destroyed 14 days after it was written. But due to the slow contact tracing and mass testing, there are instances when they are informed of their positive results only a week or two later.

Internet-based applications may help improve the turnaround time but contact tracing may still be done if there is a system in place, particularly an early warning system in the community, San Pedro said.

San Pedro stressed that the government’s approach on contact tracing in particular and the global pandemic, in general, has been mainly militaristic. Instead of pursuing a health-related approach, contact tracing was done in the context of crime and surveillance, where patients and their close contacts appeared to be suspects who should be caught.

He observed how residents refused to cooperate with village officials, or contact tracers hired by the Department of Interior and Local Government because they felt that they would be blamed for contracting the virus.

There is also fear from village officials making rounds in their communities in the context of the government’s deadly drug war campaign.

“When people lose their trust, the message that stays with them is that they will be ‘detained’ for 14 days. They fear warrantless arrests and extrajudicial killings, too,” said San Pedro.

To undo the horrors of the government’s pandemic response, San Pedro noted that it should fund its disease surveillance program and hire well-trained contact tracers. “Contact tracers should also develop rapport among the people, instead of interrogating them. People must be assured that the information they are giving out is only for health monitoring and nothing else.”

Unless the problems besetting the country’s health care system are addressed, San Pedro said that that there will be no end in sight for the global pandemic. (DAA, RVO)