You Are Here: Home → 2021 → September → 21 → Political prisoners who fought dictators then and now

Political prisoners who fought dictators then and now 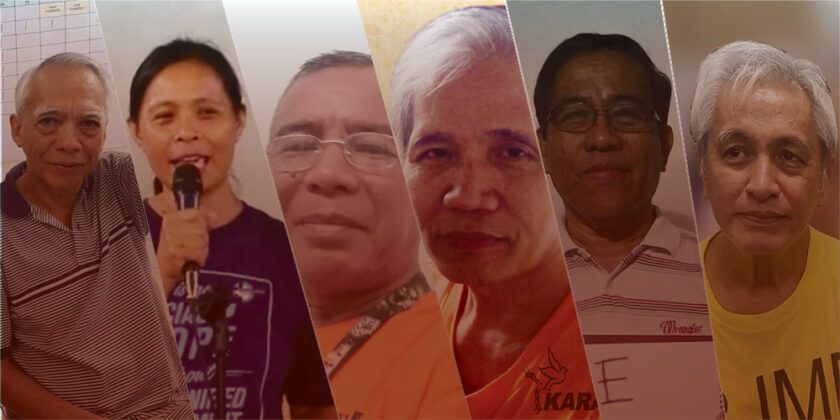 MANILA — As the country commemorates the imposition of martial law in the Philippines by the late dictator Ferdinand Marcos, the return of the Marcoses, and the plans of the Duterte administration to stay in power beyond 2022 loom.

In this light, Bulatlat compiled short accounts of consultants and staff of the Negotiating Panel of the National Democratic Front of the Philippines, who were arrested and jailed during the dark years of the dictatorship but are now incarcerated for their continuing fight for a genuinely free country. 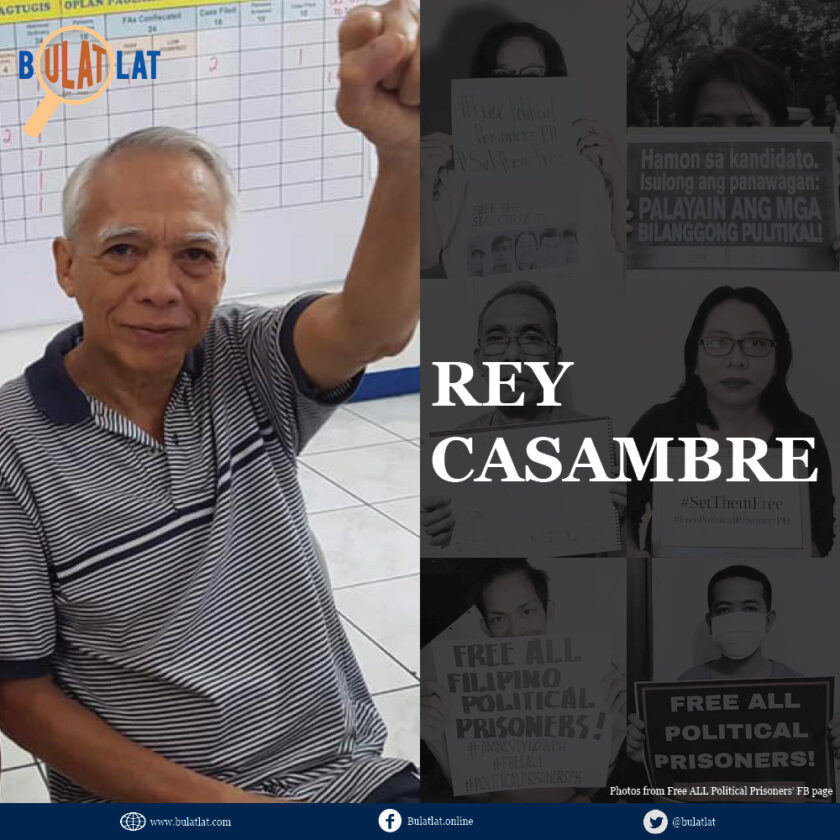 In 1971 following the suspension of the privilege to the writ of habeas corpus, Rey Claro Casambre, then a Physics and Math teacher at the University of the Philippines in Baguio City, was arrested. He was interrogated about the Plaza Miranda incident.

Twenty years after in 1991, Casambre and his wife Cora was arrested again and detained for six months, they were charged with illegal possession of firearms and explosives.

But even then and with the protection that was guaranteed and agreed by both parties, Casambre was again arrested on Dec. 7, 2018. This time, it is after President Duterte signed Executive Order No. 70 on Dec. 4 of the same year, which established the National Task Force to End Local Communist Armed Conflict.

With the implementation of the Anti-Terror Law, Casambre’s bank account was frozen by the Anti-Money Laundering Council after the Anti-Terrorism Council put included his name in the terror list. 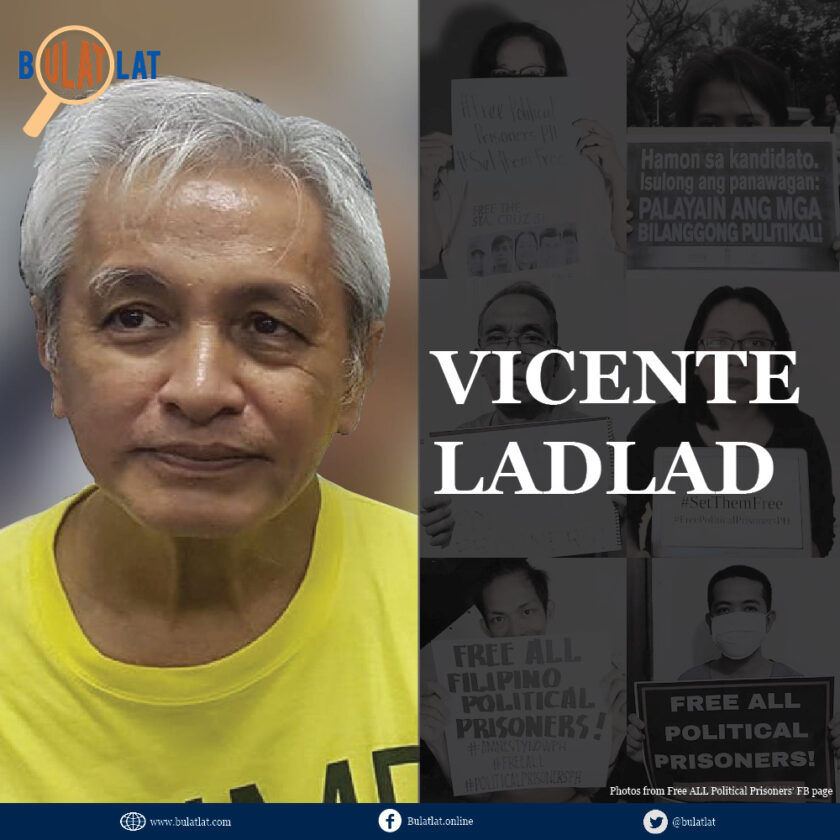 Vicente Ladlad was imprisoned and tortured during the martial law years in the 1980s. He was put in solitary confinement. Fast forward in 2018, Ladlad once again found himself in jail after he, and the Villamor couple, Virginia and Alberto were arrested during a late-night raid on Nov. 7, 2018.

This time, they were charged with illegal possession of firearms and explosives, something that the advocates and supporters are protesting as they assert that they were not criminals. Ladlad and the couple are also elderly and have ailments. Like Casambre, Ladlad is also a long-time peace consultant of the National Democratic Front of the Philippines and should be therefore protected under the Joint Agreement on Safety and Immunity Guarantees.

He was also included in the ATC’s terror list that deprived him access to his bank accounts where his compensation as a victim of martial law was deposited. 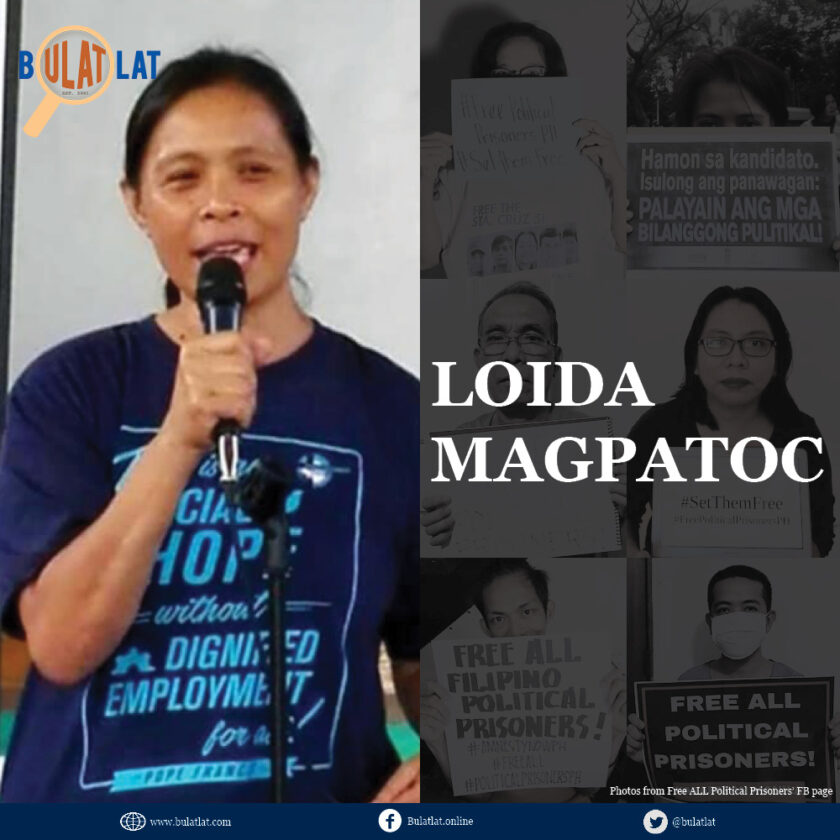 Water cure, Russian roulette, held incommunicado and other forms of torture were experienced by then 24-year old and two months pregnant Loida Magpatoc after being arrested by soldiers in February 1983 in Kibungsod, Magsaysay, Misamis Oriental.

She was among the activists that fought the dictatorship. In July 2013, Magpatoc, also a peace consultant of the NDFP, was again arrested but was released three years later in August 2016 to participate in the peace negotiations as a land reform and rural development expert.

On Sept. 15, she was arrested again in Quezon, Bukidnon. Her arrest was reportedly based on an old warrant issued by Branch 7 of the Bayugan (Agusan del Sur) Regional Trial Court on September 3, 2001. This same warrant was also used in her arrest in July 2013. 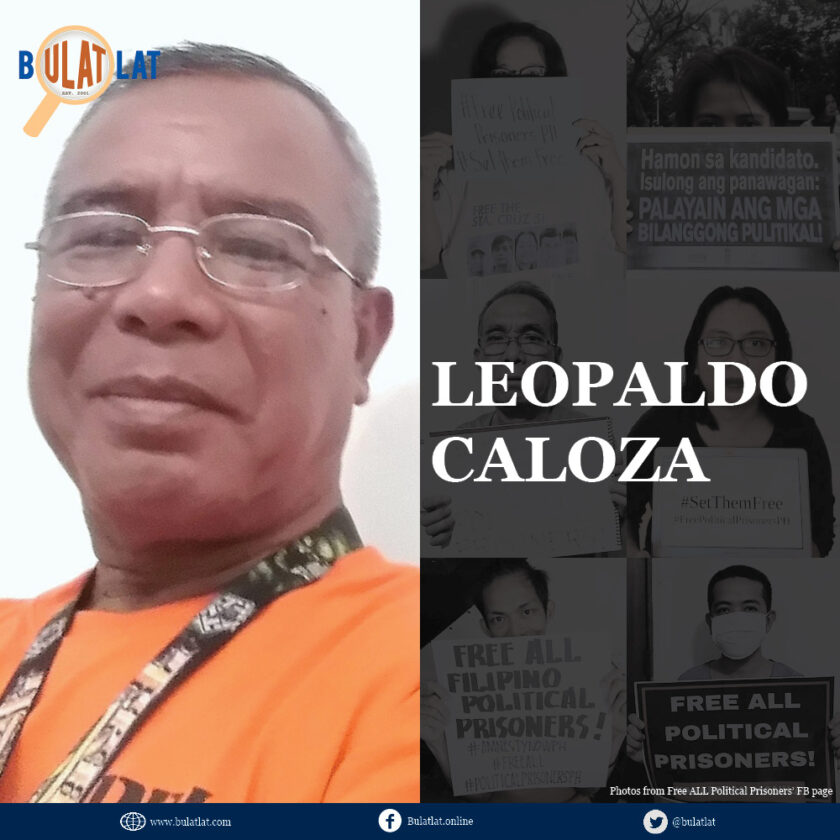 During the turbulent years of the Marcos dictatorship, peace consultant Leopoldo Caloza worked for the upholding of the interests and rights of farmers until he was arrested in 1981 and subjected to heavy torture. He was released a year later and he carried on his work as a peasant organizer and consultant of the NDFP in the peace negotiations with the Philippine government.

He was re-arrested in 2006, where he faced a total of 21 trumped-up charges against him, which were all dismissed except for one that led to his unfortunate conviction in 2015. 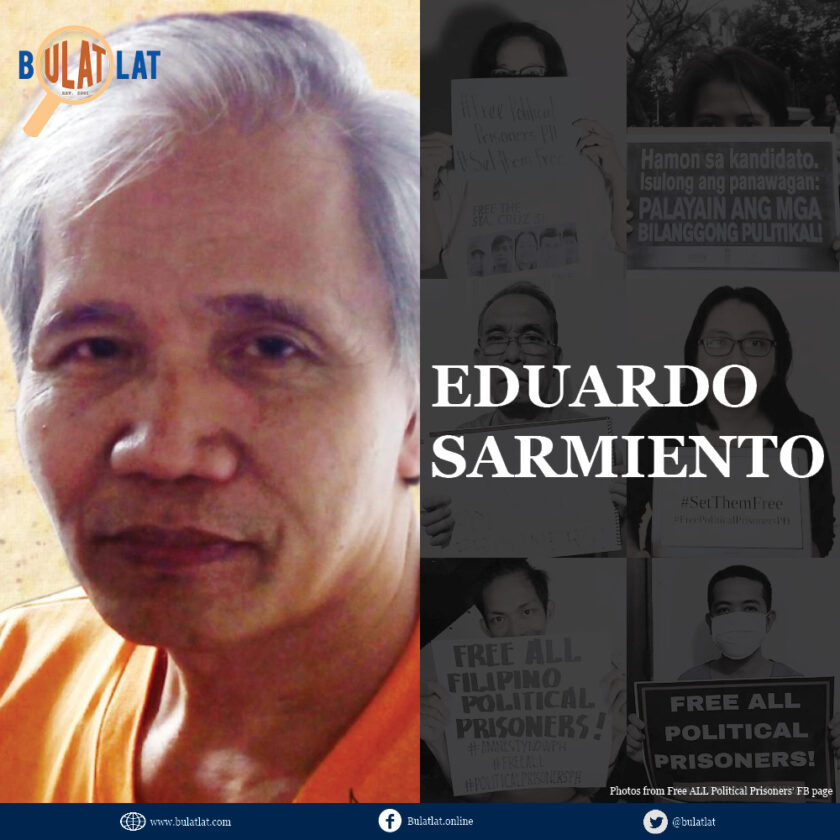 Eduard Sarmiento, also a consultant of the NDFP Negotiating Panel, was jailed twice under the Marcos dictatorship as a youth activist of the Kabataang Makabayan in the 1970s.

He continues to be in detention, even after earlier promises of the Duterte administration to free political prisoners. Even behind bars, he continues to paint, and write poems and short stories, including Susmatanon: Mga Kwento ni Lolo Edong, a compilation of children’s stories. 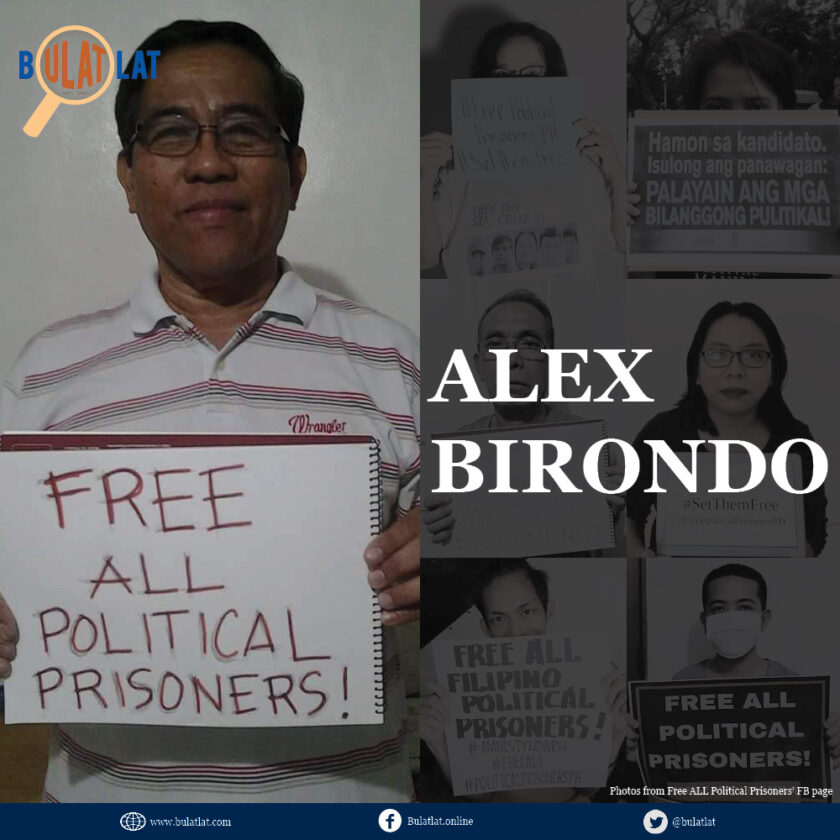 Alexander Birondo was arrested in Manila in the later years of the Marcos dictatorship. He was among those released on March 5, 1986, along with Jose Maria Sison, founding chairman of the Communist Party of the Philippines.

Birondo, this time with his wife and fellow activist Nona, was arrested in 2015 but was freed a year later to join the formal peace talks between the Philippine government and the NDFP Negotiating Panel under the then newly-installed Duterte administration as staff.

They were, however, re-arrested in 2019, using a search warrant that stemmed from the “search warrant factory.” Last month, a Quezon City court quashed search warrants and declared the evidence against two peace talks staff inadmissible, citing questionable testimonies of the police’s witness.

Both are still in detention as of this writing. (RVO)