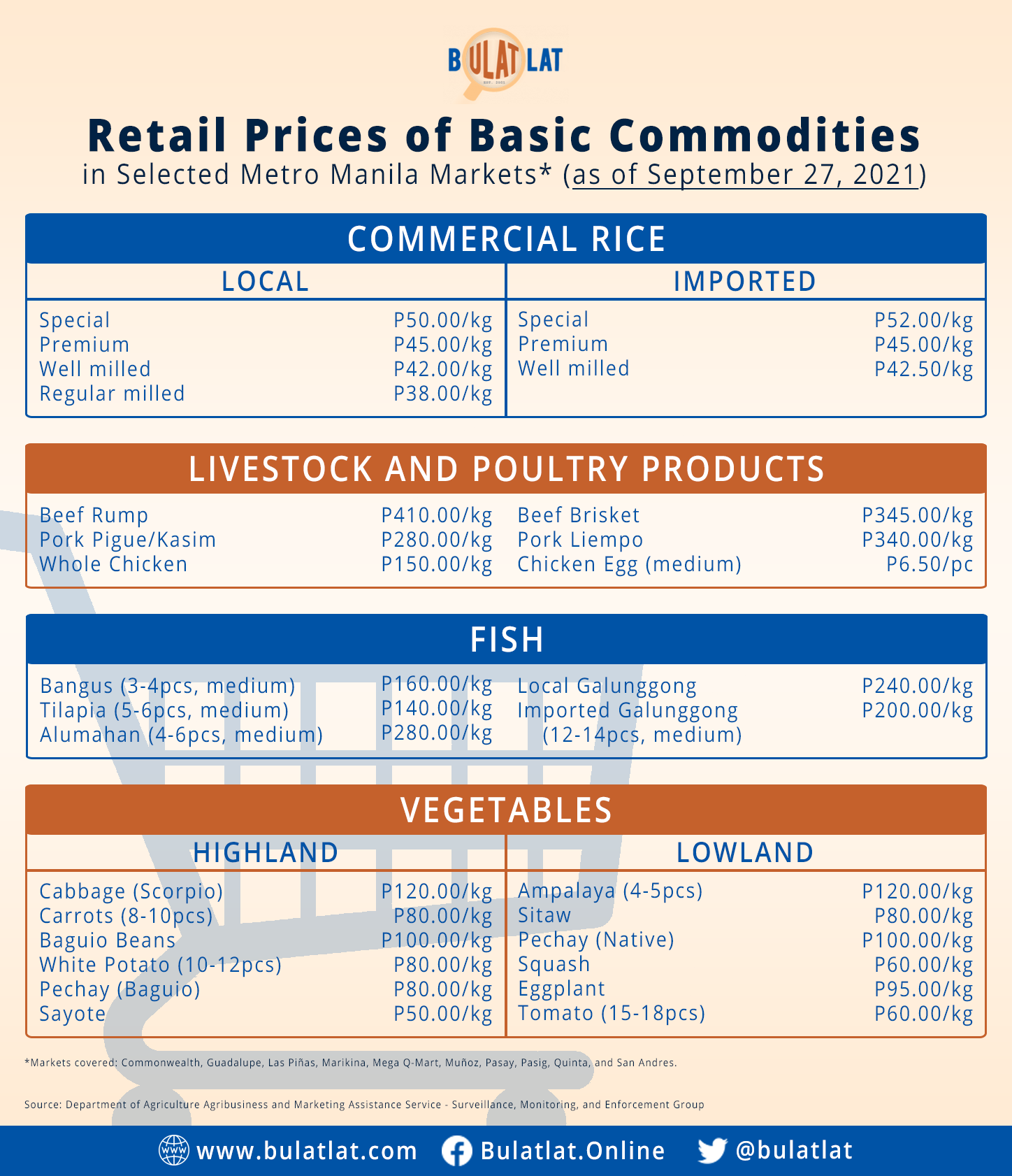 MANILA – In time for the plenary deliberation of the proposed 2022 Department of Agriculture (DA) budget, the Kilusang Magbubukid ng Pilipinas (KMP) appealed to lawmakers to help protect Filipino farmers from consecutive tragedies by increasing the allocation for agriculture.

The group led a protest in front of the House of Representatives to reiterate its demand for greater allocation to local food production and to aid local and small farmers.

The DA estimated that farmers suffered P1.3 billion ($25.4 million) in losses from typhoons Jolina and Kiko. Climate monitoring agency PAGASA warned that at least five tropical typhoons are expected to hit the country by December, as such, Filipino farmers have to prepare for more possible losses.

“The current regime is set to leave a more food-insecure Philippines. Duterte is the biggest typhoon, the worst pest for a Filipino farmer. One in four food products in the country is imported,” declared Mariano.

“Farmers are slapped left and right as their incomes are cut by increased imports, while their expenses are burdened by hastened food inflation,” the peasant leader stressed. “Add to this the typhoons, cartels, and lack of government support and regulations – our farmers are bleeding dry.”

Meanwhile, Mariano supported the appeal of several lawmakers and Agriculture Secretary William Dar for an increase in the department’s budget.

“The P28.1 billion ($549 million) proposed allocation for the counterinsurgency group National Task Force to End Local Communist Armed Conflict (NTF-ELCAC) could be realigned to the DA to fund direct aid and subsidies for farmers,” Mariano said.

He said, however, that the group “will remain vigilant whatever amount is allocated for agriculture and Filipino farmers.” (RTS, RVO)