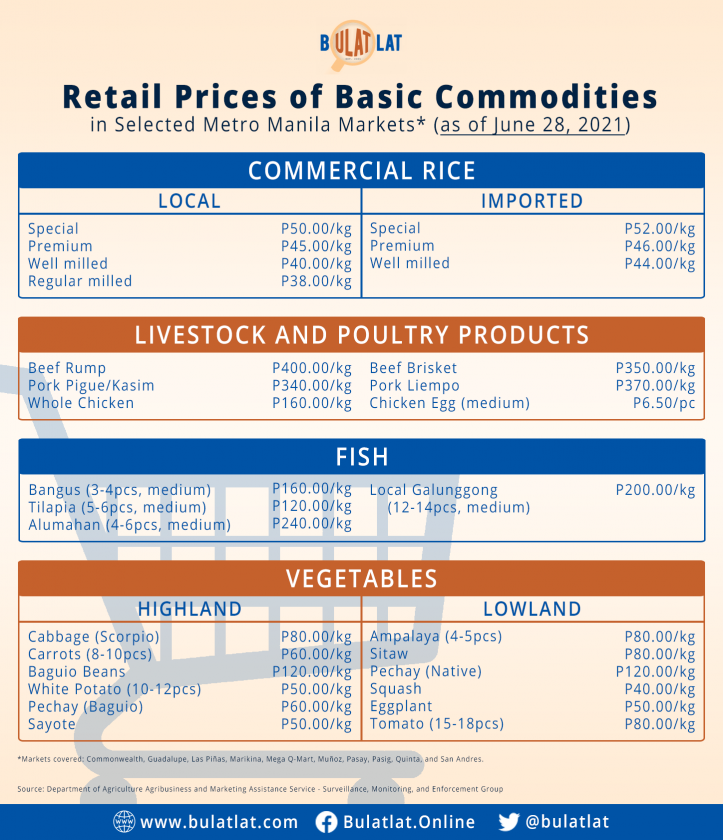 MANILA – A farmers’ group has expressed concerns over government programs and policies that have caused a decline in rice production under the Duterte administration – far from the supposed promise of prosperity for poor farmers and fisherfolk.

“Any government who claims to carry out productivity programs and policies should expect production growth in all provinces, but the country under Duterte is the exact opposite. Amid growth in national level production, many provinces are with declining production,” Anakpawis Party-list President Ariel Casilao said.

President Duterte has earlier vowed to support farmers and fisherfolk by “empowering them to be more prosperous” but Anakpawis said the lifting of tariff on rice imports, as per the passing of the Republic Act 11203 or the Rice Liberalization Law essentially abandoned significant support to production.

According to data sourced from the Philippine Statistics Authority, 25 provinces experienced a spike in rice retail prices, reaching more than P10 ($ .21) per kilo. Even rice granary provinces such as Pampanga, Camarines Sur, Occidental Mindoro, Masbate, Palawan, Bohol, and Sorsogon have been affected.

Further, provinces adjacent to Metro Manila experienced a decline in rice production – Rizal’s declined more than half, Cavite more than 30 percent, and Laguna with one percent. Anakpawis attributed the decrease to the massive land-use conversion of productive rice lands, as hinted by their declined area harvested.

As a result, the Philippines has been increasingly dependent on food and agricultural imports, said independent thinktank Ibon Foundation in a paper published in 2020. From measly one-percent garlic imports in 1990, it surged to 91-percent in 2018.

Casilao called for the protection of food security and self-sufficiency for the benefit of future generations, urging the president to resign from his post, and his programs and policies to be urgently reversed.

“We should all be convinced that the five-year rule of Duterte is a gross failure in its supposed program of increasing rice productivity and ‘food-on-the-table’ agenda for the people,” ended Casilao.