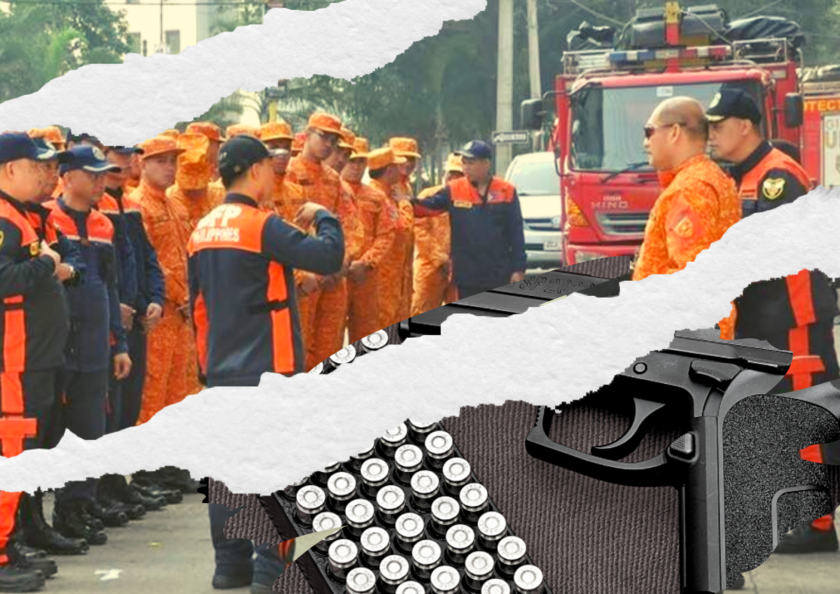 MANILA – For three years now, 26-year-old Mark, not his real name, is living his childhood dream of becoming a firefighter. He would respond to fire and other emergency situations, putting his life on the line to save others.

When he learned of the modernization plan for their ranks, which President Duterte signed last month, Mark said he was in favor of it. In his opinion, it can protect them and expand their work to cover disaster response. Protection is needed because he had colleagues who were either seriously harmed or killed in the line of duty.

President Duterte signed Republic Act No. 11589 (Bureau of Fire Protection Modernization Act) last month to “formulate and implement plans and programs to enhance and modernize the Bureau of Fire Protection (BFP), expand its mandate and capability, and ensure its responsiveness to the changing needs of the community.” This was among the 12 priority measures that Duterte identified in his last State of the Nation Address around three months ago.

This, the president said, will “help boost the morale, efficiency, responsiveness, and professionalism of the BFP in realizing their mandate” as they foresee the next 10 years as a period of transformation for the fire bureau toward becoming a world-class institution.

However, the modernization law, sponsored by the former police chief and now Sen. Ronald Dela Rosa, also carried with it a controversial clause that would allow at least 2,200 firefighters to carry firearms. This may put them at risk, Mark said, as the pressure of their work may lead them to pull the trigger unnecessarily.

It is stated in the bureau’s operational procedures manual under civil disturbance management (CDM) that “Members of the Bureau of Fire Protection augmentation force shall not carry any kind of firearms or deadly weapons during actual Crowd Dispersal Management operation.”

“When we lose our patience, there is a risk that it will lead to committing a crime,” Mark said.

The Bureau of Fire Protection was established through Republic Act No. 6975 (Department of the Interior and Local Government Act of 1990). Initially, it was created to prevent and suppress destructive fires, investigate their causes, and file complaints if necessary.

With the modernization act, firefighters are now mandated to respond to disasters, including rescue operations and attend to medical emergencies and containment of hazardous materials. In every region and city, the modernization program would establish, among others, Search and Rescue Force, HAZMAT units, Fire and Arson Investigation Unit and Security and Protection Unit. Meanwhile, Emergency Medical Service will be set up in every municipality and city.

“My most memorable experience was my training before I became a valiant firefighter and the times that we responded to fire or any emergencies situations,” he narrated.

Aside from putting out fires, firefighters have other tasks like conducting fire drills for business establishments, schools and others. They also implement “Oplan Ligtas ng Pamayanan” in barangays to share safety tips. Given the fire safety inspection requirement, he added that businesses pass through BFP for their application.

Given their work, another firefighter who requested anonymity said that carrying a gun is not their responsibility, adding that many colleagues are also not in favor of it. This, the firefighter said, would result in added weight to their already heavy 10-kilogram gear and hoses.

The budget department is currently seeking a P25.7-billion 2022 budget for the BFP, which is only a slight increase from this year’s P25.5 billion.

Early this year, Senate Minority Leader Franklin Drilon scrutinized the BFP’s budget during the deliberations on the BFP Modernization Act of 2020. From the Commission on Audit (COA) report in June 2018, the BFP’s procurement of fire trucks and establishments of fire stations had fallen short of its target under its modernization program which started in 2011.

“Providing guns will just disrupt the firefighting operation and is not their priority. Peace and order is a mandate of the police force. A way to resolve this is for both policemen and firemen to be at scene at the same instance,” the firefighter said. (JJE, DAA)