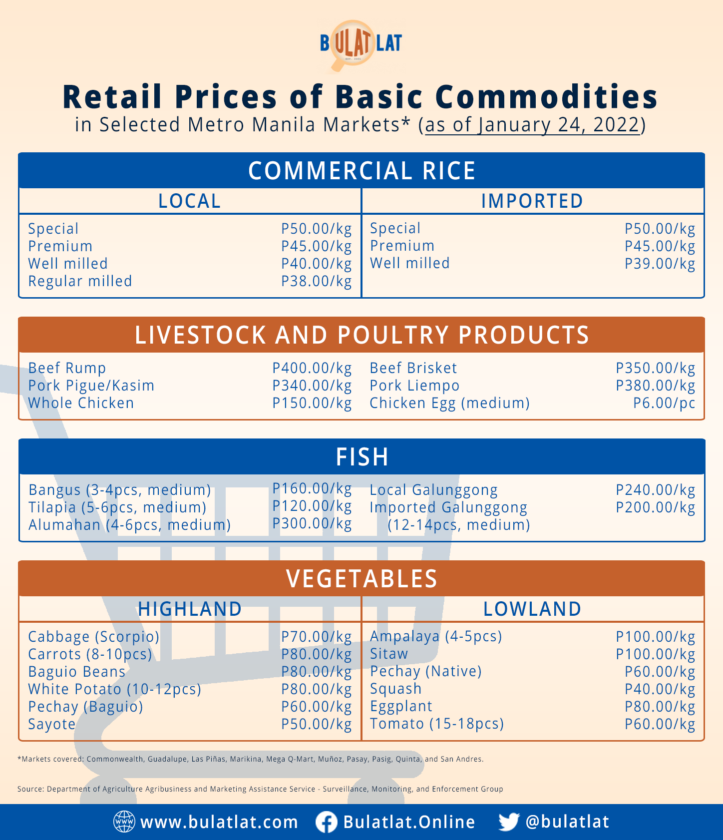 MANILA – A fishers group has called for government intervention in controlling the price of round scad or galunggong and to lift the closed fishing season to address the alleged shortage of fish in the market.

“With P250/kilogram ($5) retail price, galunggong is no longer a ‘poor man’s fish’. This unreasonable pricing is mainly caused by the government’s failure to regulate private fish traders who secure their profits by jacking up the wholesale prices and eventually pushing up retail prices at unaffordable levels,” Pamalakaya National Chairperson Fernando Hicap said in a statement.

As it stands, retail prices of galunggong and other fishery products do not reflect their farm gate value, as fish traders barter them to small fishers with a very low price.

“The unregulated middlemen system in fish trade results in a manipulation of the farm gate and market prices which is both detrimental to small fishers and ordinary consumers,” said Hicap.

The fishers’ group cited the case in Palawan province where the farm gate price of galunggong is around P60-P80 ($1-$1.5) per kilogram or four times lower than its retail price.

Pamalakaya said that the three-month closed fishing season across the Visayan Sea from November 15 last year until February this year is the root cause of an artificial shortage of fishery products which drove their retail prices to shoot up.

The closed fishing season covers at least 33 coastal towns from the Bicol region, Western Visayas, and Central Visayas. In Panay Island alone, the fishing ban covers nine and four coastal towns in the provinces of Iloilo and Capiz, respectively.

Hicap questioned, “Following the government’s reasoning for importation, why place our major fishing grounds under closed fishing season when it generates artificial shortage in the first place?”

Pamalakaya opposed the “import-liberalization measure” of the agriculture department as its solution to the crisis in fisheries production. Instead, the fishers’ group urged the DA to carry out a “parallel effort” to stabilize fish prices by directly procuring the fishery produce of small fisherfolk, and setting a standard retail price for fisheries and marine products through price control.

“Instead of importation which is harmful to [the] local fishing industry, the DA should intervene by imposing a price ceiling on fish that would be reasonable and beneficial to local producers, retailers, and consumers. This effort would preempt greedy wholesalers and traders from manipulating the prices of galunggong and other fishery products that serve as primary protein sources for many Filipinos,” Hicap added.

The agriculture department also planned to address the alleged shortage of fishery products by importing at least 60,000 metric tons of galunggong, and other pelagic fish species in the first quarter of the year.

The fishers’ group lamented that [imports] will “drive down the farmgate prices of fish, forcing small fishers to deep crisis and bankruptcy.”

“Flooding our local markets with imported fish will pose more harm than good to our struggling fishing industry. This liberalization scheme never addresses the country’s crisis in fisheries production. Rather, it is [a] burden to local fisherfolk whose fishery products are being outcompeted by imported fish,” said Hicap. (JJE, RVO)