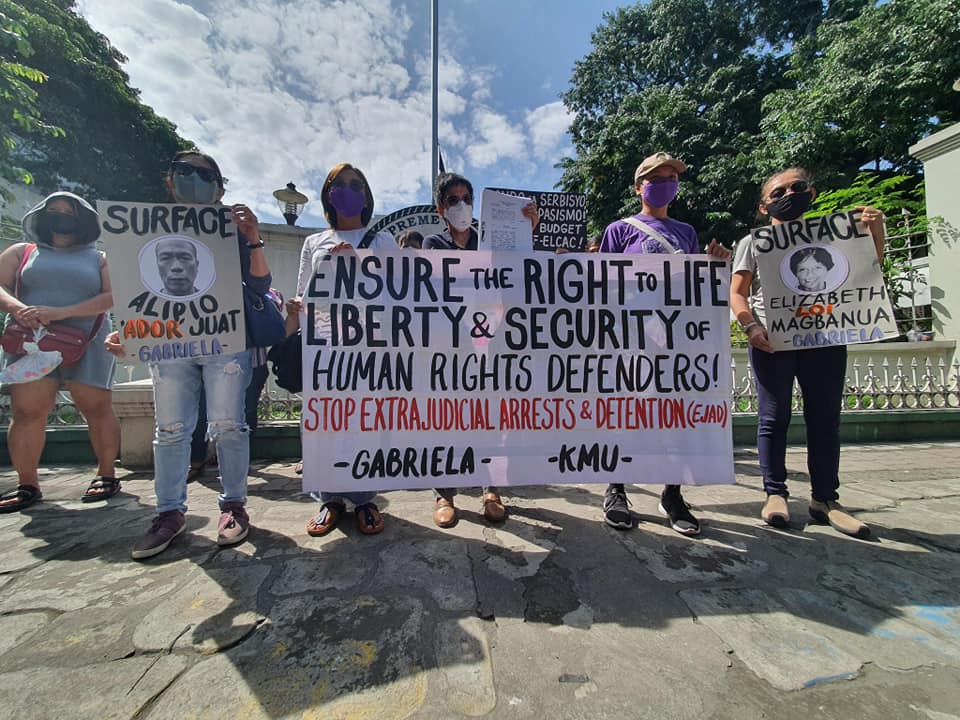 MANILA – Progressive groups have sought the Supreme Court’s help in finding two labor activists who have been missing since May 3.

A writ of amparo is a legal remedy available to any person whose right to life, liberty and security is violated or threatened with violation by unlawful act of a public official or employee, or of a private individual or entity. The writ covers extralegal killings and enforced disappearances and even threats.

“We call on the Supreme Court to ensure the right to life, liberty, and security of human rights defenders and labor organizers Loi and Ador by granting them this Amparo. Help us put an end to this new scheme, the extrajudicial arrest and detention, employed against activists in the country,” said Gabriela Spokesperson Clarice Palce in a statement.

For two months, the groups, along with the families of the victims, searched for Magbanua and Juat in detention centers, military camps, hospitals, and even funeral homes but to no avail. They also asked the Commission on Human Rights to help them locate the two labor organizers.

Read via our mirror site: Kin of disappeared ask CHR’s help to find their loved ones

Juat was able to talk to his family through a phone call where he said that he and Magbanua were abducted by the Philippine Navy.

Juat was also a victim of rights violations during the martial law of the late dictator Ferdinand Marcos Sr. and was also a claimant in the Human Rights Victims Claims Board.

“Almost 50 years have passed since the declaration of Marcos Sr.’s martial law, but the dark legacy of human rights violations and abuse of power continues to this day, albeit in a new vicious form: extrajudicially arresting and detaining labor unionists such as Loi Magbanua and Ador Juat,” said Palce.

The groups vowed to continue searching for Magbanua and Juat and all other abducted victims.

“We will continue fighting until the armed forces of Marcos Jr. surface our fellow human rights defenders. We will seek all legal actions and remedies to secure Loi and Ador’s rights and freedom, and to hold their criminal violators accountable,” Palce added. (RTS, RVO)