MANILA — Members of progressive youth organizations held a protest against the budget cuts on education in front of the House of Representatives, Sept. 9.

In a statement, Anakbayan said a total of 82 State Universities and Colleges (SUCs) will suffer from cuts on Capital Outlay, or the funds used for upgrading of facilities and equipment.

Anakbayan lamented that the allocation for Personnel Services or the funds for salaries, compensation, and honoraria of teachers and other personnel will be slashed by P27.23-million while the Maintenance and Other Operational Expenses will be cut by P823.84 million. Another P295 million will be slashed from the Tertiary Education Subsidy.

“The education sector will suffer from huge budget cuts while the NTF-ELCAC [National Task Force to End the Local Communist Armed Conflict] enjoys a big allocation, or P10 billion budget for silencing the people’s dissent. Both the offices of Marcos Jr. and Sara Duterte will have bloated confidential and intelligence funds,” Anakbayan said in a statement in Filipino. 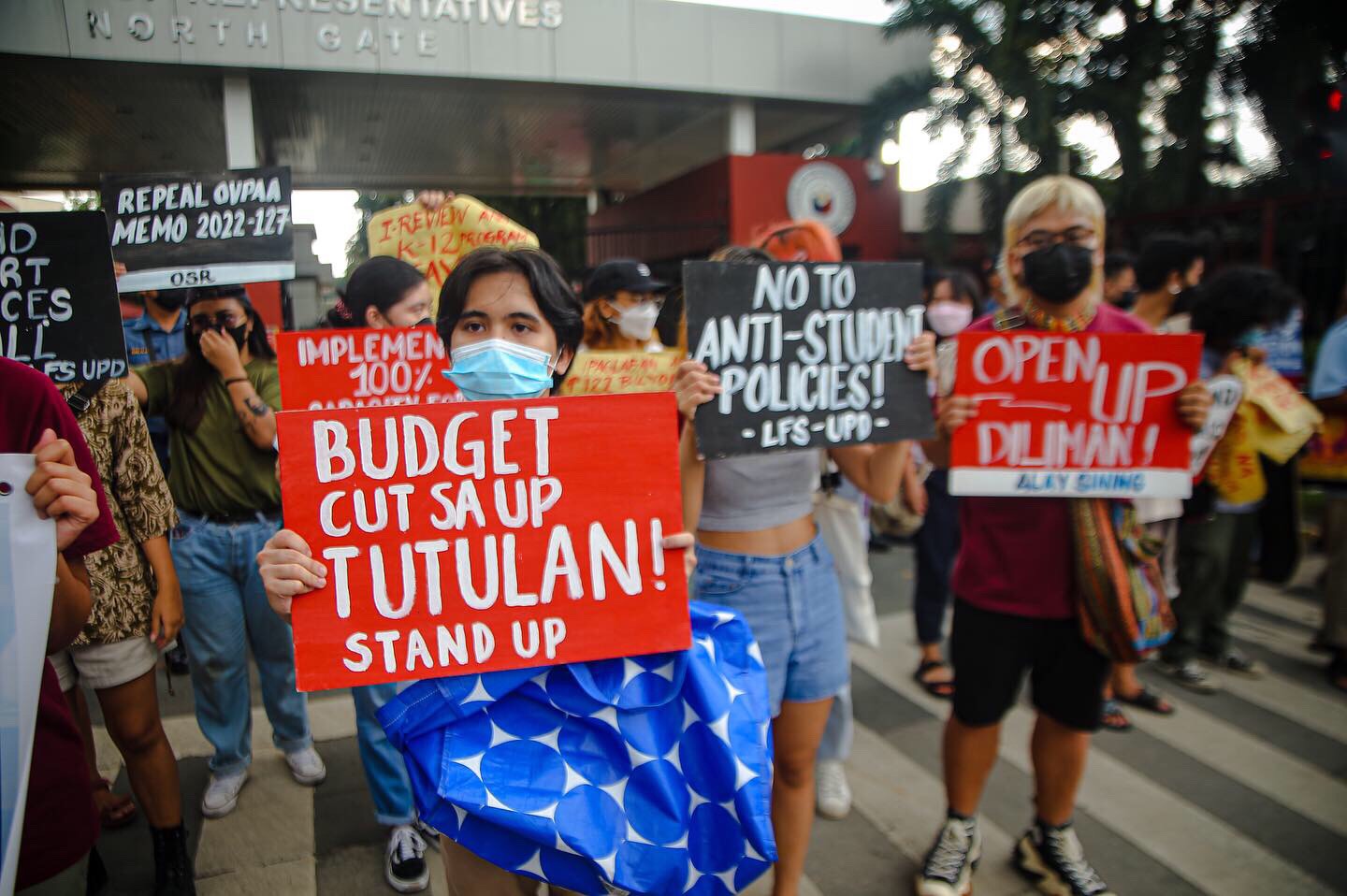