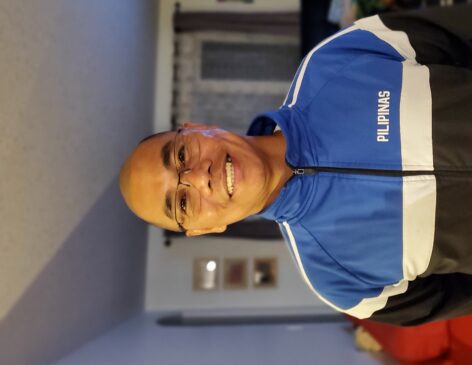 “Ultimately, if the Philippines had livable wages, there wouldn’t be migrant workers in the first place, only tourists.”

MANILA — The story of Danilo de Leon’s journey of leaving behind his family in the Philippines to work abroad is perhaps the story of most Filipino migrant workers, especially parents. He did so, after all, to provide a better future for his two children.

However, De Leon may be deported after the Canadian government refused to extend his work permit in 2017, classifying him as an undocumented worker.

“I was given an exclusion order in 2018 but due to the pandemic, my removal process got delayed. Then in June-July 2022, I was warned of my August deportation. They already gave me a letter with the flight details, and released the deportation order,” he told Bulatlat in a Zoom interview.

Today, however, De Leon is still awaiting the ongoing judicial review after the Federal Court in Ottawa deferred his deportation, pointing out unsolicited errors in the Canada Border Services Agency report which served as the basis for the granting of his temporary stay of the deportation order.

“It is a victory but we cannot be complacent. The campaign for regularization and status for all temporary foreign workers must still go on,” De Leon said.

From a family of OFWs

De Leon is no stranger to the plight of Filipino migrant workers. Many of his relatives have worked overseas, including his father who was based in the Middle East in the 1980s. His sibling works in Japan and his cousins are seafarers.

“I left to work here (Canada) because there is no opportunity for me in the Philippines. I have children who need to study college,” he said.

De Leon was a UV Express driver in the Philippines before he left for Canada in the winter of February 2009. He was contracted for two years by a cleaning agency and was deployed as a janitor in the University of Alberta in Edmonton, Canada.

He shared how he was maltreated in the workplace, which ranged from their managers making them eat on the floor to the agency’s failure to pay them for their overtime work. This led them to form a workers’ union.

“It’s better to say you mobilized because you know you can do something. We have proven in our history that [public] campaigns help a lot,” he said, stressing the importance of a strong trade union movement.

From workers’ union to migrants’ organizer

De Leon, however, felt that his fight is not just his alone.

Filipino migrant workers arranged meetings over coffee which later led to the founding of Migrante-Alberta, a chapter of Migrante International, the largest migrant rights advocacy group based in the Philippines.

Since then, they have campaigned for many issues confronting Filipino migrant workers in Canada, including the establishment of a consulate, the reduction of travel fees for passport renewal, and their lobbying for the passage of the McKenna Law which will provide children born to undocumented workers access to government health care.

His fight has also included broader issues affecting Filipino migrants in Canada and their families back home. This includes opposition to the Philippine anti-terror law in 2020 which endangers the lives of activists, labor organizers, and human rights defenders.

Migrante Canada expressed fears that De Leon’s deportation is a case of persecution over his strong stance on migrant rights. They have since launched a series of campaigns, including sending letters to Canada’s migration minister and to the Members of Parliaments calling them to stop deportation and to regularize all temporary workers.

Incidentally, September 18 marked the national mobilization in Canada spearheaded by Migrants Rights Networks, a coalition of Canada’s migrants’ organizations, to campaign for the rights and welfare of undocumented and temporary workers there.

Migrante Alberta treasurer Cynthia Palmaria said that their colleagues in Migrante Canada reached out to the Philippine embassy in Ottawa but were only referred back to Alberta’s consulate.

“They also referred us to a family lawyer, but what Danilo needs is an immigration lawyer,” Palmaria said

A father of two, a committed migrant rights activist

With threats of deportation still there, De Leon said that this has affected his two daughters Moira and Chloe. He hopes to be reunited with them in Canada, after more than 13 years of being apart. “Day by day, more Filipinos are leaving their families behind to work abroad because the government does not provide helpful programs to its citizens. Medical services, education system, and livable salaries — those should be the administration’s top priorities.”

De Leon, who has secured an open work permit, currently works as a delivery driver to continue supporting his family in the Philippines.

Despite this, his fellow migrant rights activists in Canada said that De Leon never wavered in his commitment to the bigger cause, and is now the face of the struggles of undocumented workers in Canada. (JJE, DAA)