“This ‘terrorist’ proscription of the revolutionary movement of the the CPP-NPA, used by past and present governments to criminalize dissent, has created a political climate favorable to illegal arrests, extra-judicial killings and various forms of human rights violations perpetrated by elements of the state against unarmed activists and even innocent civilians.”

This was one of the issues tackled in the decision penned by Judge Marlo Magdoza-Malagar of Manila Regional Trial Court Branch 19, when she denied the proscription of the Communist Party of the Philippines (CPP) and the New People’s Army (NPA) as terrorist groups.

Red-tagging is the labeling of dissenters as front organizations of the CPP and the NPA, which the government has been trying to pacify in the past five decades.

These allegations have been repeatedly refuted by progressive groups as well as by past court decisions junking trumped-up charges filed by the government against numerous activists and mass leaders.

For women’s group Gabriela, the junking of the petition to proscribe CPP-NPA as terrorists is a huge victory for civil liberties.

“This ‘terrorist’ proscription of the revolutionary movement of the the CPP-NPA, used by past and present governments to criminalize dissent, has created a political climate favorable to illegal arrests, extra-judicial killings and various forms of human rights violations perpetrated by elements of the state against unarmed activists and even innocent civilians,” Cora Agovida, Gabriela deputy secretary, said in a statement.

Agovida herself was a former political prisoner during President Rodrigo Duterte’s administration. She and her husband’s case was recently dismissed by the court.

Aside from Agovida, Gabriela’s chapter members and leaders were also subjected to trumped-up charges. Leaders from Gabriela’s national office are facing perjury cases together with other activists and church groups. The cases were filed by former National Security Adviser Hermogenes Esperon Jr.

Taking note of the narration of witnesses who claimed to be former members of the CPP-NPA, including rabid red-tagger Jeffrey Celiz, the court said that first, “A member of an organization which is identified to be a national democratic mass organization (NDMO) is not always a member of any of the underground movements, much less, of the CPP-NPA,” and second, “Not all members of an organization identified to be an NDMO espouse the radical view of overthrowing the present government by armed struggle.”

Judge Malagar stressed that members of the NDMOs espouse valid societal change without necessarily giving thought to “armed struggle” or “violence” aimed at overthrowing the government.

“To automatically lump activists, mostly members of above ground organizations, as members of the CPP-NPA invariably constitutes red-tagging,” Malagar said.

She also said that “putting the ‘communist label’ on one who may not be a member or on one who, even if a member, may not have participated in the actual act of taking up arms against the government, poses a serious concern.”

Anakpawis Party-list meanwhile renewed its call to abolish the National Task Force to End Local Armed Conflict (NTF-ELCAC), saying that it serves mainly “as a national body that carries out the nationwide campaign of red-tagging against legal and democratic activists.”

In a statement, Anakpawis Party-list National President Ariel Casilao welcomed the Manila RTC’s decision. He hopes that the decision will serve as a guide to the legislature and act to repeal Executive Order No. 70 that formed the NTF-ELCAC.

“It is clear in the decision that activism is not terrorism. The fascists in the government should bear this in their mind,” Casilao said in Filipino.

Like Gabriela, many members of the Anakpawis Party-list were also subjected to intensified vilification by the government especially during the elections.

Casilao lamented how his group had becom 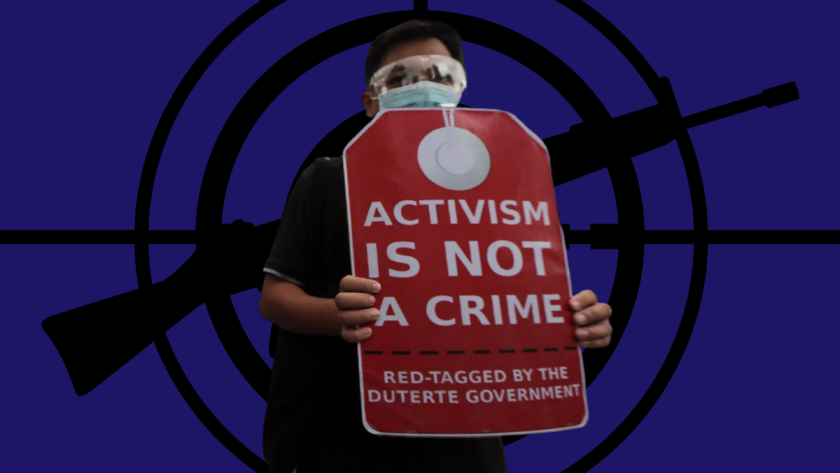 e a usual target of red-tagging, saying that their local leaders were always accused of being members of the NPA.

He also added that nearly 400 farmers and worker leaders and members were victims of extrajudicial killings under President Duterte’s administration, after being systematically red-tagged.

The court reiterated that “activism is what activists do; that is, it encompasses the methods they use in order to bring about the desired change. Activism is a political act, by which an informed and active citizenry expresses and works for change in an array of political issues that affect them.”

“In essence, activism therefore is an important part of the democratic process – where individuals and communities exercise their right to shape government policy and ultimately, society,” the decision read. (RTS, RVO)