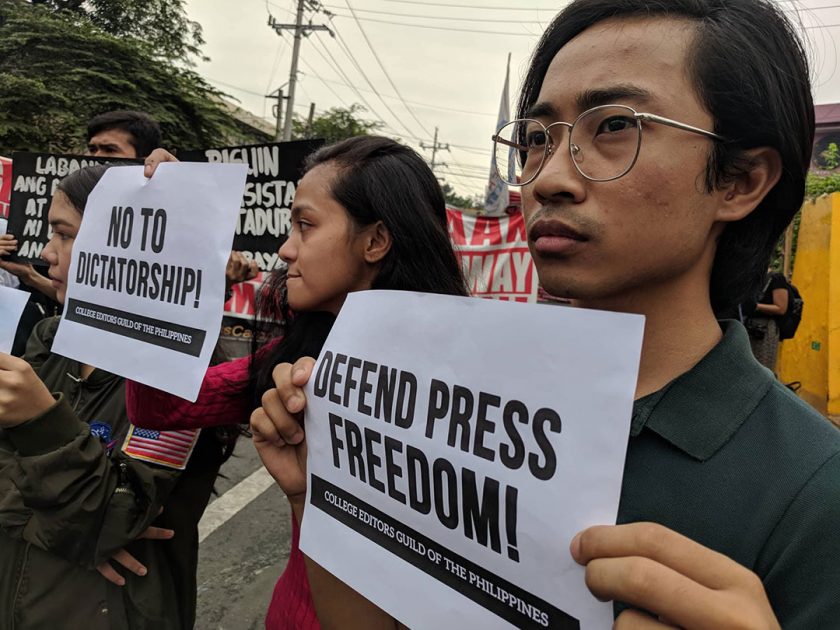 MANILA — Veteran broadcaster and block-time host Flo Hervias was attacked by four men as he was leaving his radio station’s building in Lapaz District, Iloilo City this morning, Oct. 7.

Hervias was on his way home after airing his program “Banwa Binag-bigaga,” and had just exited the radio station’s building when four men in hoodies stopped him and beat him up.

Hervias sustained injuries in the mouth and near his eyes.

According to the alert released by the National Union of Journalists of the Philippines (NUJP), the men were waiting for the broadcaster to come down from the building by pretending to be garbage collectors.

NUJP’s Safety Office office documented at least thirteen cases of attacks against the Philippine media, 100 days since President Ferdinand Marcos Jr. had assumed office. Out of that 13 reported violence were two cases of media killings, including the murder of radio commentator Percival “Percy Lapid” Mabasa in Las Pinas City a few days ago.

NUJP-Iloilo chapter condemns the attack against Hervias and said that daylight attack against the broadcaster, right in front of the radio station’s building, only shows how attacks against Filipino media had become more brazen.

“We call on the Philippine National Police to act on its assurance of protecting journalists and upholding the freedom of the press by swiftly and decisively apprehending the assailants and all others involved and filing the appropriate charges,” said the chapter in their statement.

“We call on colleagues to continue to stand together in defending the freedom of the press and standing by our sworn duty to hold power to account,” they added. (JJE)