You Are Here: Home → 2022 → October → 27 → Bulatlat receives ‘Award of Distinction’ for championing voices of the marginalized

Bulatlat receives ‘Award of Distinction’ for championing voices of the marginalized 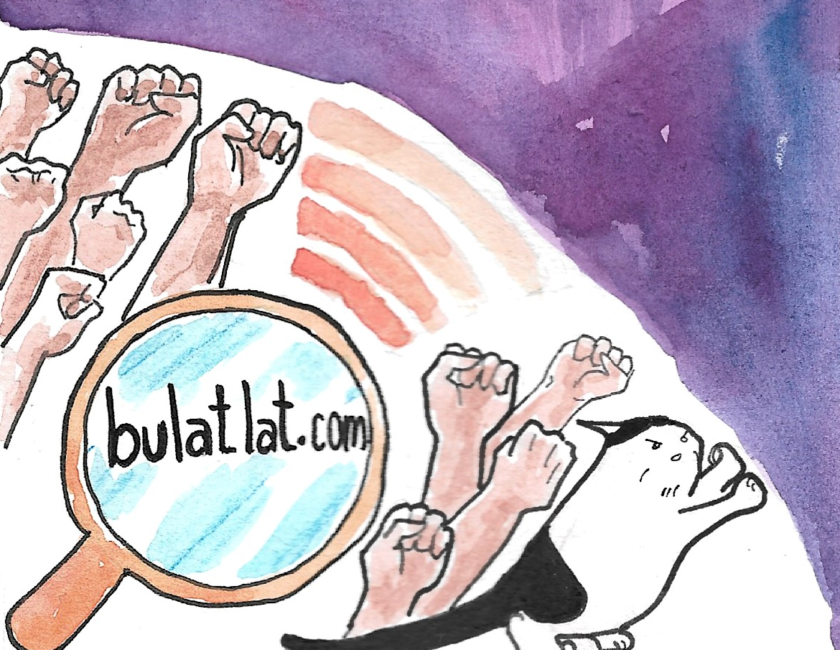 The CMFR, through its executive director Melinda Quintos-De Jesus, said it was to recognize the alternative news agency’s commitment to “keeping true to the honored tradition of the alternative press, of giving the marginalized and disempowered a voice that can be heard.”

This year’s panel discussion focused on issues related to democracy and press freedom in the country, in light of the continuing threats and attacks against journalists and the vilification of the media as a source of verified information.

After the panel discussion, Colin Townson, Charge’d’Affaires of the Embassy of Canada, announced ABS-CBN’s Constantino as Marshall McLuhan Fellow for 2022.

“The purpose of the program therefore goes beyond encouraging journalists to do quality work, fulfilling the role of the Fourth Estate, a pillar of democracy, effectively checking the exercise of power to prevent abuse of power,” said CMFR’s executive director, Melinda Quintos De Jesus.

Bulatlat has been subjected to relentless cyber-attacks since 2018, with one being traced to the Philippine military. Its website was also ordered blocked months ago, with the Philippine government alleging terror links. Bulatlat lodged a case against the blocking order and has won a preliminary injunction order that allowed Philippine-based readers access to its website.

Its managing editor, Olea, was also recently subjected to red-tagging by a certain former government official.

Olea told Bulatlat that this is an affirmation of Bulatlat’s journalism for the people.

She said, “we dedicate this award to all our subscribers, our colleagues, our lawyers and other supporters who have stood with us in these trying times.” (JJE)