You Are Here: Home → 2022 → November → 9 → How administrative intervention cripples a student publication 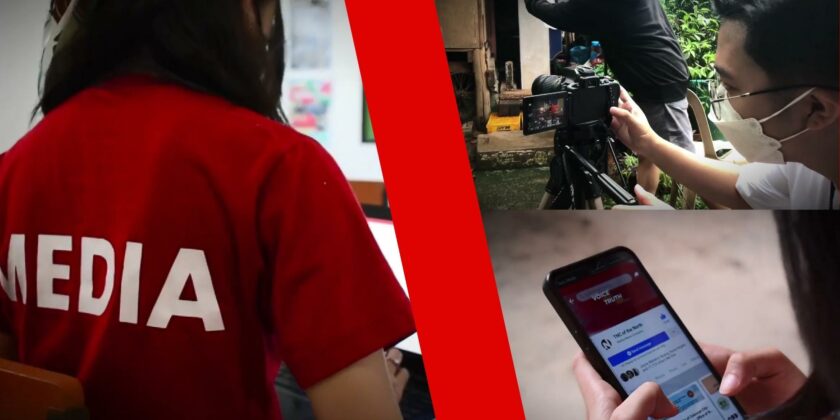 “The publication started because there is a need for local coverage in the university and an agenda shift to bridge campus, local, and national issues for the students. It’s an initiative born out of student volunteerism.”

MANILA – The New Crossroads of the North (TNCN), the official student publication of the University of Caloocan City (UCC) – North Campus, suspended the online operations of its original page on October 29, following the decision of the university administration.

In their last online broadcast, they answered the questions behind the inactivity of the student publication for two months, underscoring that the closure of their social media platform was a decision of the administration to “streamline information” in one page.

The page the administration sought to utilize is the UCC The New Crossroads, the student publication of UCC – South Campus with a different set of editorial board and staffers.

Chris Agustin, a fourth-year Communication student and current editor-in-chief of the TNCN, said that the two publications are different.

“TNC of the North is progressive, critical, and pro-student. We ensure local, and national issues are discussed in our newsroom. The New Crossroads, however, remains stagnant and sometimes practices PR coverage,” Agustin said.

Upon hearing of the suspension of their original online page, Agustin faced the university administration and Caloocan City Mayor Dale “Along” Malapitan to appeal for reconsideration.

He asked for the formal memorandum of the decision, but the Vice President for Academic Affairs has yet to present a document as of this writing. The decision was only verbally communicated to the staffers last August.

“They said that we have to ‘fix’ our way of writing and the stories should be devoid of ‘personal attacks’ to any individual or politician. The administration also said that the editorial process should involve them,” Agustin said.

This attempt of the university’s administration to interfere pushed Agustin to continuously assert editorial independence.

A compromise was made wherein TNCN was made to promise to uphold responsible journalism, which they said they have been practicing since its establishment.

TNCN’s editorial board, however, continues to question the school administration’s decision to suspend their online page.

“I think there is a looming threat in merging two publications into one platform–it is easier for the administration to control or manage the stories that we are releasing, which may limit our coverage,” Agustin added.

He vows to continue their uncompromised reportage in TNCN with their migration to a new social media platform. They plan to communicate their values effectively and assert that publishing their stories are part of their fundamental rights and freedoms.

Challenges inside and outside the university

Agustin said that they started their online page during the COVID-19 pandemic, with the goal of informing students of UCC North campus.

“The publication started because there is a need for local coverage in the university and an agenda shift to bridge campus, local, and national issues for the students. It’s an initiative born out of student volunteerism,” the staff of TNCN explained in their last online broadcast.

However, their honest intentions and responsible newsmaking came into conflict with the University administration and some individuals.

They were also red-tagged for covering grassroots actions and socially relevant topics.

In addition, the publication faced other problems like lack of resources, funding, and technical support, primarily because of the non-collection of subscription fees because of the pandemic, explained Agustin.

This, however, did not stop TNCN from publishing stories of social relevance such as the opposition to the Anti-Terror Law.

In their online broadcast, TNCN took pride in its achievements such as launching different projects with Rappler’s civic engagement arm, MovePH, to combat disinformation and misinformation campaigns during the pandemic, and pre- and post-election.

They were also able to successfully network with other student publications through the College Editors Guild of the Philippines especially in promoting genuine campus press freedom.

They also started the Katigan Chronicles, the first online broadcast platform of their University, which they hope to continue in the new platform.

“We remain committed to serving the students with critical journalism. We hope the students and our fellow student journalists will continue to support us because the fight is not yet over. At the end of the day, the truth will prevail,” Agustin ended. (JJE. RVO)