Days before the Sona, thousands of farmers, workers, students and activists braved the heat and the rain as they marched from the provinces of Southern Tagalog to Commonwealth Avenue. The march, called Lakbayan, is their way of fighting the regime’s abuses and asserting their basic rights.

MANILA — For Hector Kiamzon, 31, a farmer from Silang, Cavite, joining the Lakbayan (People’s March) is part of his continuing struggle for land.

“The farmers of Southern Tagalog have been dislocated because of land-use conversion and land grabbing,” Kiamzon said in Filipino in an interview with Bulatlat. He cited the Metro Taal-Tagaytay Development Project (MTTDP) that will deprive livelihood for thousands of farmers and fisherfolk in five towns in Cavite and 11 towns in Batangas and the Coastal Road Project 2 which will cover the 2nd district of Cavite, threatening to displace 50,000 farmers and 20,000 fisherfolk. 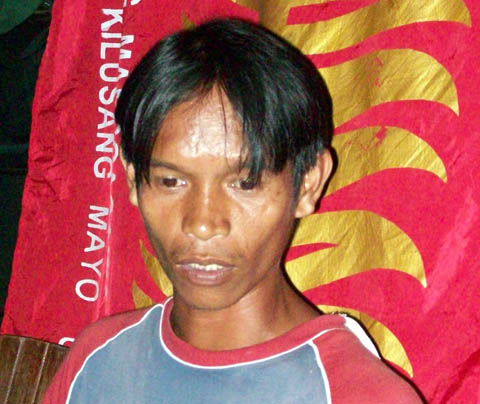 A member of the local peasant group Kalipunan ng Magbubukid sa Kabite (Kamagsasaka-Ka), Kiamzon said that Arroyo has sold the Southern Tagalog’s agricultural land to Big Business, such as the Ayala-Zobels, the Gokongweis, and Henry Sy. With the proposed amendments to the Constitution, Kiamzon said the plight of farmers like him will get worse as the whole Philippines would practically be sold to foreign corporations.

Kiamzon is among the thousands who traveled on foot from nearby provinces in Metro Manila for six days en route to the Batasan for yesterday’s State of the Nation Address of President Gloria Macapagal-Arroyo. Weathering the heat and the rain, they delivered their message clearly — the people of Southern Tagalog are fighting back against the exploitation, repression and the moves by the Arroyo regime to amend the Constitution.

The Lakbayan kicked off from three separate points in Laguna, Cavite, and Rizal before finally converging in Alabang and marching on toward Commonwealth Avenue for Arroyo’s Sona.

Kiamzon and his colleagues started their march in Bacoor, Cavite, on July 23. Each day, they would walk for much of the day, leaving at 7 a.m. and taking rest at 9 p.m. They would pause for lunch break and for five- to 10-minute short breaks. 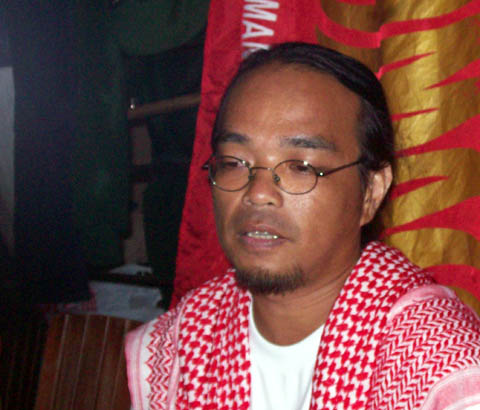 The march was no small feat. She Talisie, a medical volunteer and a member of Gabriela, said that 30 Lakbayan participants suffered from fever, about 100 experienced loose bowel movement and stomach ache. About 20 felt dizziness and a member of Anakbayan Batangas Jocelyn Ramirez collapsed. “Headaches, body aches, blistering and swelling of feet became common during the march,” Talisie said.

Besides the physical toil, they had to contend with police blockades and harassment. “Gloria [Arroyo] did not want us to enter Manila,” Kiamzon said. Their group was blocked by elements of the Special Weapons and Tactics Team (Swat) and Regional Mobile Group (RMG) of Philippine National Police at least four times in Cavite and in Taguig City.

But they were determined to reach Commonwealth Ave. in Quezon City to join the Sona protests. “I would not believe any word she should say on her Sona. For eight years she has been telling lies. What else should be expected of her this time?” Kiamzon told Bulatlat a day before Arroyo’s Sona.

Like Kiamzon, Marlon Torres has been joining Lakbayan for years. Torres serves as the public information officer of the labor group Pagkakaisa ng Manggagawa sa Timog Katagalugan-Kilusang Mayo Uno (Pamantik-KMU) and a leader of its cultural arm Kumasa.