You Are Here: Home → 2009 → December → 6 → Attacks on Workers Persist as ILO Keeps Mum on Arroyo’s Accountability in Abuses

Two months after the International Labor Organization conducted a fact-finding mission in the Philippines, labor-rights violations escalate in the Philippines, as highlighted by the death of Danilo Belano, a long-time labor organizer, who died while being tailed and harassed by military agents.

MANILA — In just a year from now Danilo Belano, 59, could have availed of a senior-citizen card. It would have helped him purchase his needs at a discounted price, a relief he apparently needed because his life’s work did not come with a high “salary.” He derived much satisfaction from his work, and respect from his peers and relatives, but his children said they were used to him having little money in his wallet.

“On my birthday,” his frail mother Rosita said, “he would give me a card to show he remembered, and I would kid him about the card having nothing in it.” 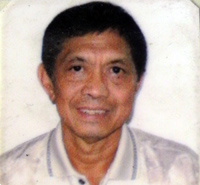 Belano was a veteran labor organizer with four decades of experience in the progressive trade union movement in the Philippines. On November 25, while the country was still in shock over the brazen display of impunity in Maguindanao, Belano was accosted by men who identified themselves as agents of the Intelligence Service of the Armed Forces of the Philippines (ISAFP)). Belano just came out of a church in Manila that morning.

The whole day, these men from ISAFP tailed and tried to question Belano wherever he went. The Kilusang Mayo Uno (KMU, May First Movement) said in a statement that when the ISAFP agents managed to corner Belano, they “showed him his dossier, told him they have been conducting surveillance operations on him for more than a year already, and that they will abduct and harm his children if he refuses to ‘cooperate’ with them by identifying the leaders and organizers of activist groups.”

The men reportedly stopped badgering Belano only after he agreed to meet up with them that evening. A friend advised Belano not to show up at the meeting with ISAFP agents, but Belano, worried about his family, ignored him.

“If I manage to get back safely,” Belano reportedly said, he planned to take a vacation for a while in his province.

In the four decades that Belano had worked with the progressive movement, he had endured beatings in rallies and challenges from numerous workers’ struggles. He contributed in helping build the strength of the trade union movement and in the founding of KMU, in assisting its core labor federations, in updating the constitution and by-laws of Piston (United Associations of Drivers and Operators nationwide), and in Migrante’s efforts to organize seafarers by founding the International Seafarers Action Center (ISAC).

But he was already pushing 60 when he was accosted by military intelligence agents. During his meeting with ISAFP that night, he suffered from a massive stroke. The Ospital ng Maynila said four men took him to the emergency room.

These men — who refused to identify themselves to the family or to the hospital when asked about their identities — continuously checked on Belano’s condition while he was in the intensive care unit. They only left on board a van, which they used in tailing Belano all day, when the doctors declared him dead.

Two months after the International Labor Organization (ILO) went on a fact-finding mission in the Philippines and three months before it releases its final report, “labor rights violations escalate in the country, as highlighted by the death of Belano, a long-time labor organizer, in the hands of the military,” Roger Soluta, KMU’s general secretary, said in a statement.

It is not the first time such harassment and “recruitment” of labor organizers was recorded.

Also, the KMU noted that “even after the conduct of the ILO High-Level Mission, violations of the ILO Conventions on Freedom of Association and on Collective Bargaining persist.” Factories remain militarized, as what is happening in the banana plantations in Southern Mindanao and in Robina and Console Farms in Rizal.

A military detachment was set up at the entrance to the Robina Farms in Rizal. Every day, soldiers patrol the farm premises, said the Center for Trade Union and Human Rights (CTUHR). In a visit to the farm last week to give a seminar on labor rights, the staff of CTUHR told Bulatlat that unionists and residents there appeared wary. They were not able to participate much in the discussion on their union rights. The military presence appears more concentrated in farms with bigger union members, the union leaders told CTUHR.