BAGUIO CITY – As in the past, the 26th Cordillera Day celebration heightened the indigenous peoples’ resolve to advance the issues on environment, human rights, women and children, genuine regional autonomy, jobs, public services, and economic development.

Cordillera Day this year was earlier celebrated in provincial gatherings in Benguet on April 10, Mountain Province on April 17, Apayao and Kalinga on April 24. Abra will hold its post-Cordillera Day celebrations on May 1.

Each of the provincial celebrations resulted in the formulations of electoral agenda consolidated as Cordillera Day Declaration for Politics of Change and May 10 Elections.

Based on experiences for many decades, Cordillera IPs have seen their suffering and exploitation due to anti-people laws and policies and destructive projects and programs in the homeland.

“These have resulted in problems and conflict among and between the communities for a long period,” the Declaration said in Iloco, the lenggua-franca of the Cordillera.

For the environment, the Cordillera Peoples Alliance (CPA), which spearheaded all Cordillera Day celebrations, maintained that the people’s right to own, decide, manage and develop the Cordillera ancestral land and its resources must be recognized.

The group has called on all public officials to review particular laws such as the Indigenous Peoples Rights Act (IPRA) and its provisions for free, prior and informed consent (FPIC) and the policies on the granting of Certificate of Ancestral Domain/Land Titles (CADT/CALT), especially those involving the titling of vast tracts of land that resulted instead in conflict among and between the indigenous peoples.

Specifically, CPA and its member-organizations wanted to scrap the Philippine Mining Act of 1995 (RA 7942) and the People’s Small Scale Mining Act or Republic Act 7076 and called for an alternative and pro-people mining law. 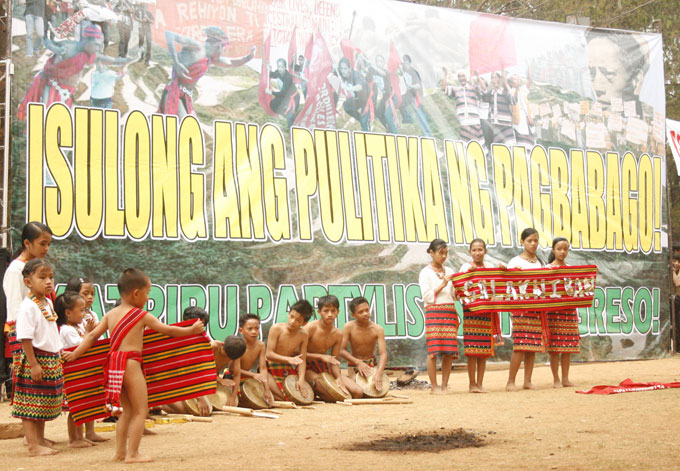 In this regard, they also wanted to quash all existing mining leases, patents and contracts as they and asserted the justness of a moratorium on large-scale mining in the Cordillera.

“We advocate for traditional small-scale mining, which has been proven to be sustainable and environment-friendly,” said Abigail Anongos, CPA secretary general, said, adding that artisanal mining methods could be put under the control of the community and when properly educated on the environmental degradation resulting from carbon-in-pulp methods that uses cyanide, mercury and other hazardous chemicals, small-scale miners would revert back to the old folk practice of gold recovery.

The IP electoral agenda also listed a serious investigation of all companies involved in environmental degradation, especially dam builders and mining firms that have polluted rivers and displaced people from their traditional livelihood sources. 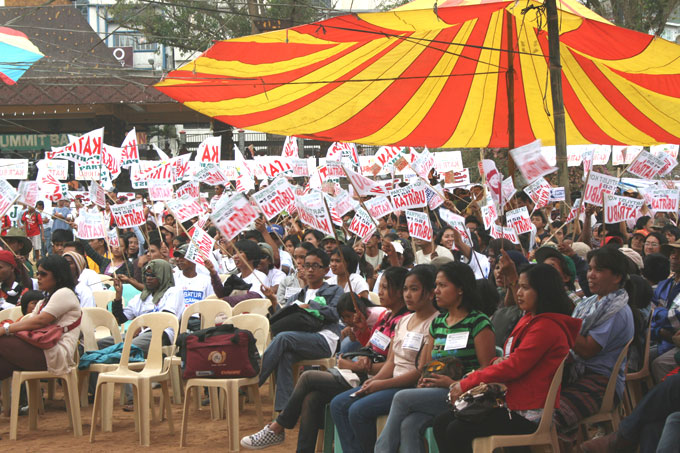 “We also push for a decisive government action to address the environment crisis, climate change and global warming. Government funds should be made available for indigenous peoples who are among the most vulnerable sectors,” the CPA said.

The IP agenda also frowned at militarization and bombings that result in wide deforested areas.

On human rights, foiling the Oplan Bantay Laya (OBL) topped the IP electoral agenda. OBL in the Cordillera has resulted in the killing of some of the best leaders, spokesmen, writers, and organizers of the CPA. These included Jose “Pepe” Manegdeg (Ilocos and Mountain Province), Albert Terredaño (Abra) and Rafael Markus Bangit (Kalinga). Dr. Chandu Claver of Kalinga was forced into exile with the killing of his wife, Alyce, and subsequent threats to the lives of his children. James Balao of Benguet remains a desaparecido since September 17, 2008.